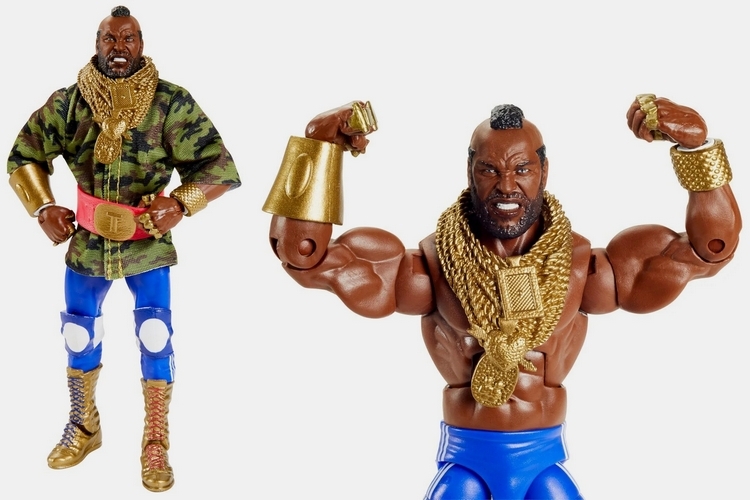 Mr. T isn’t exactly new to action figures. Between his unique aesthetics and his stints in popular franchises (A-Team, Rocky, and The WWE), the actor has a fair amount of sculpted figures made in his likeness. Despite that, no action figure we’ve seen in the past so perfectly captures the essence of the man who pities the fools better than the WWE Mr. T Elite Collection Action Figure.

Originally slated to be a San Diego Comic-Con 2020 exclusive, the action figure captures the inimitable onscreen appearance of Laurence Tureaud during the heyday of his Mr. T persona in all his gold-dripping, musclebound glory. Whether you remember him fondly as BA Baracus, enjoyed his villainous stint as Clubber Lang, or simply admire the distinctive flair he brought with his tough guy character, this is a toy you will appreciate being able to add to your collection. 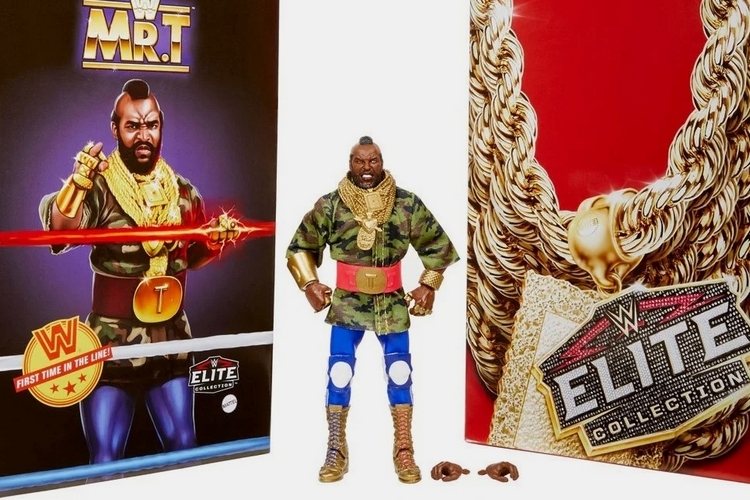 The WWE Mr. T Elite Collection Action Figure is an impressively detailed toy sculpt of the popular actor, in a likeness that, the outfit says, is inspired by his first appearance in a WWF ring. Yes, that’s what the WWE was called back then. Specifically, he made his wrestling debut in the inaugural Wrestlemania, where he performed as Hulk Hogan’s tag team partner during the main event. Of course, he kicked ass.

It’s a highly detailed likeness, by the way, one that recreates Mr. T’s unique appearance, from his Mandinka-inspired Mohawk and beard-covered face to his large bulging muscles and the thick piles of gold adorning his body. Seriously, they packed a lot of jewelry in here, including layers upon layers of gold chains around his neck, gold cuffs on his wrists, and large gold rings on each one of his fingers. Most impressive here are the detailing on his face, which recreates a classic tough guy expression, from the squint of his eyes and the grit of his teeth to every line and crease appearing across his face. Seriously, this is likely going to be the definitive Mr. T action figure for a long time. 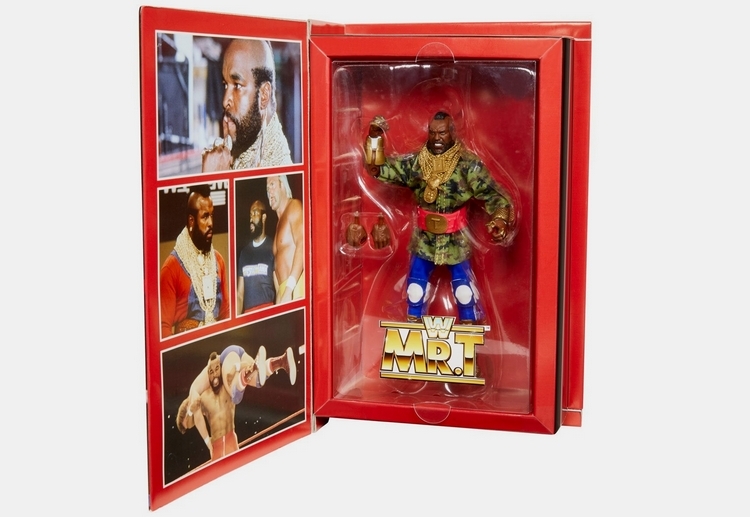 The WWE Mr. T Elite Collection Action Figure measures six inches tall, so it should be the same 1/12-scale as many of your toys, allowing you to pose and play it along with most of your action figures. It’s highly articulated, allowing you to cast this in any action pose you desire, with a large range of movement available on the shoulders, elbows, wrists, waist, thighs, knees, and feet. Suffice to say, it’s articulated enough that you can have Mr. T performing body slams, suplexes, and various other moves the actual Mr. T never actually performed in his nearly decade-long wrestling career. 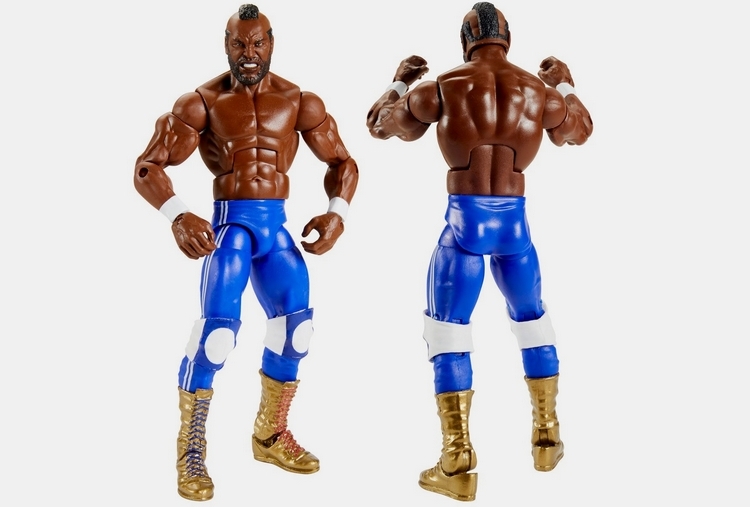 Since this is WWE-branded, the character naturally comes decked in his pro-wrestling attire. That includes gold wrestling boots, spandex leggings, and kneepads, along with a removable camouflaged shirt and a championship belt. We know, we don’t remember him winning a championship, either, but that doesn’t really matter. He’s still a champion in our hearts.