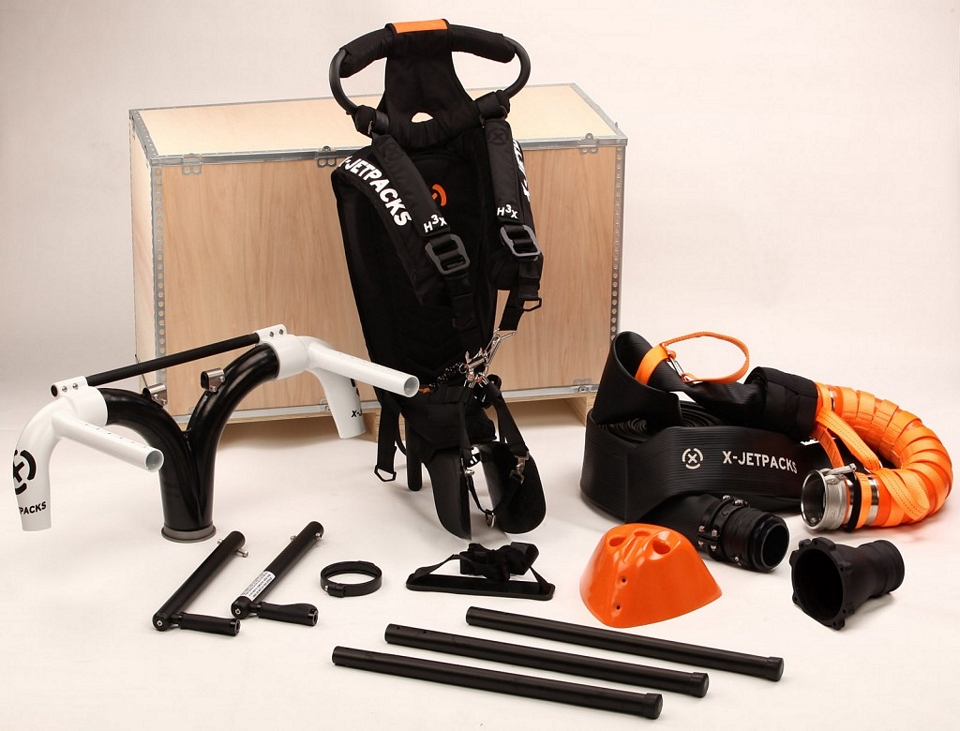 Hydro-powered jetpacks have been slowly evolving from a casual curiosity to a popular watersport. As such, it isn’t surprising to see newcomers in the burgeoning space. The X-Jetpacks H3X Hydro is one of these upstart entrants, boasting both “hardcore marine engineering” and a “sports-centered design.”

Like the Flyboard and the Jetovator, the contraption bolts on to a jetski and uses the watercraft’s propulsion to send the rider high up the air. Unlike most current products that are sold as kits, however, it ships as ready to go as possible, requiring minimal assembly on the user’s part to get things up and running. 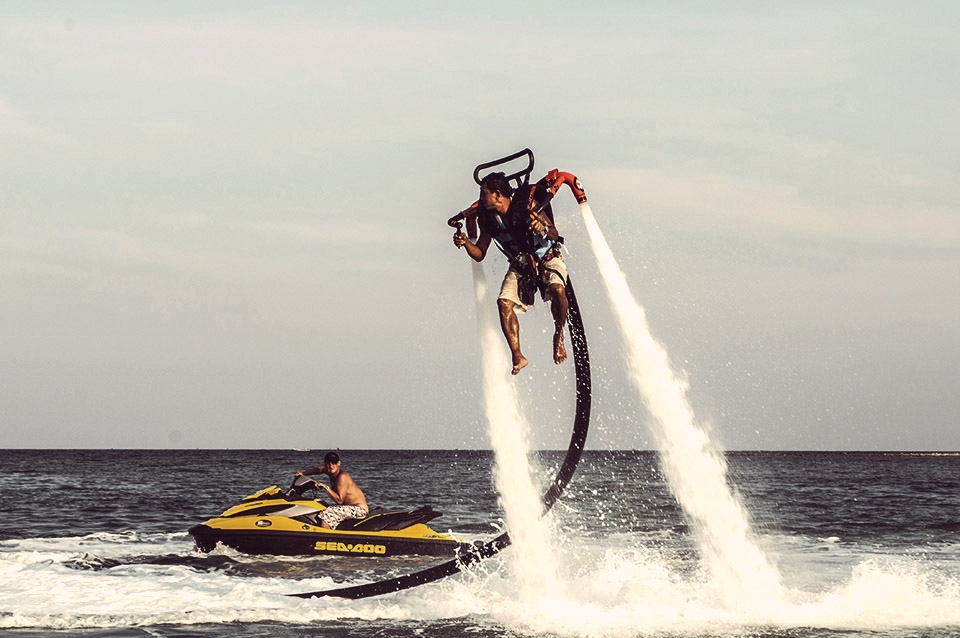 Billed as a “true sport jetpack,” the X-Jetpacks H3X Hydro boasts the ability to produce more power and more height compared to its competitors, along with the smoothest hydro jet channels available that deliver a ride with minimal vibrations. You ride it while being harnessed to a body saddle that hitches from behind, stabilizing your body naturally (no crotch harness — thank God) while giving you complete freedom up front. Features include marine alloy sandcast water channels, a wide roll bar frame, composite fiber saddle, a six-point padded harness (shoulders, hips and thighs), custom-engineered nozzles, and a solid nylon 66 torsion bar. 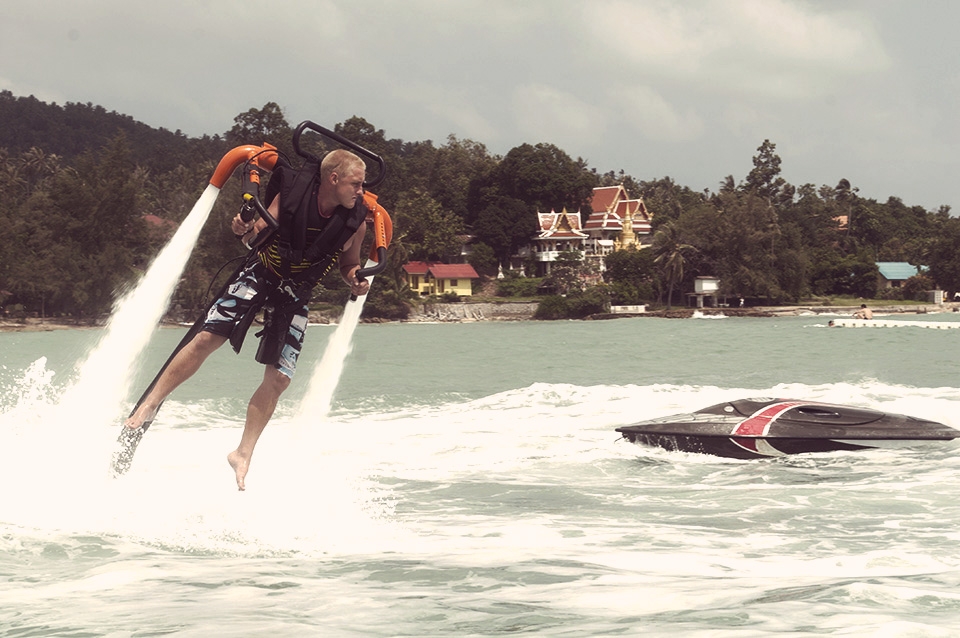 It only runs with high-propulsion personal watercrafts, such as Seadoo and equally-powerful models from Yamaha and Kawasaki. Control is a two-person job, however — one operator manages the throttle and power from the jetski, while the rider controls the direction and angle of flight. 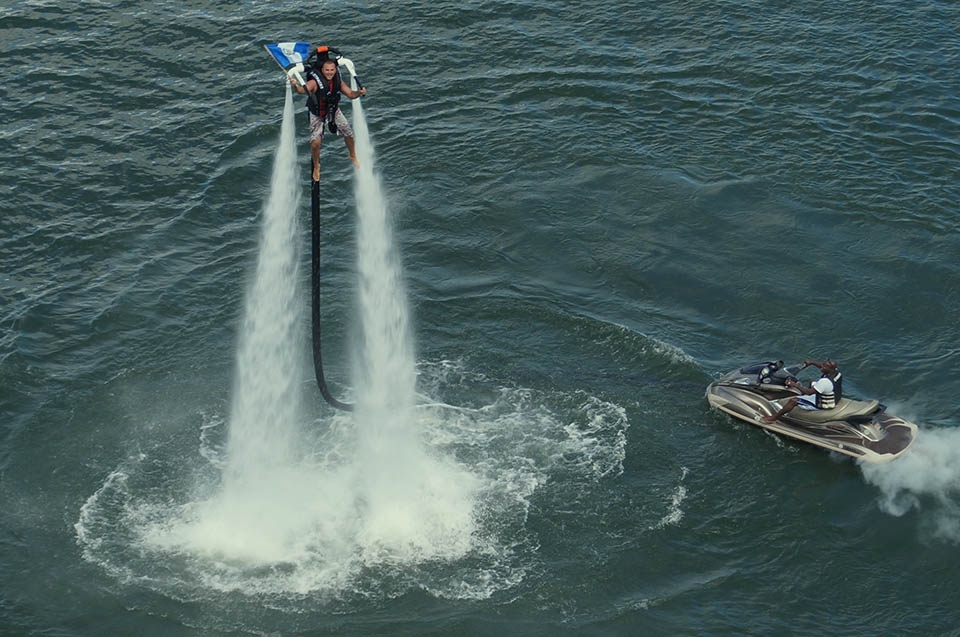 The X-Jetpacks H3X Hydro is available now, with prices starting at $9,499. 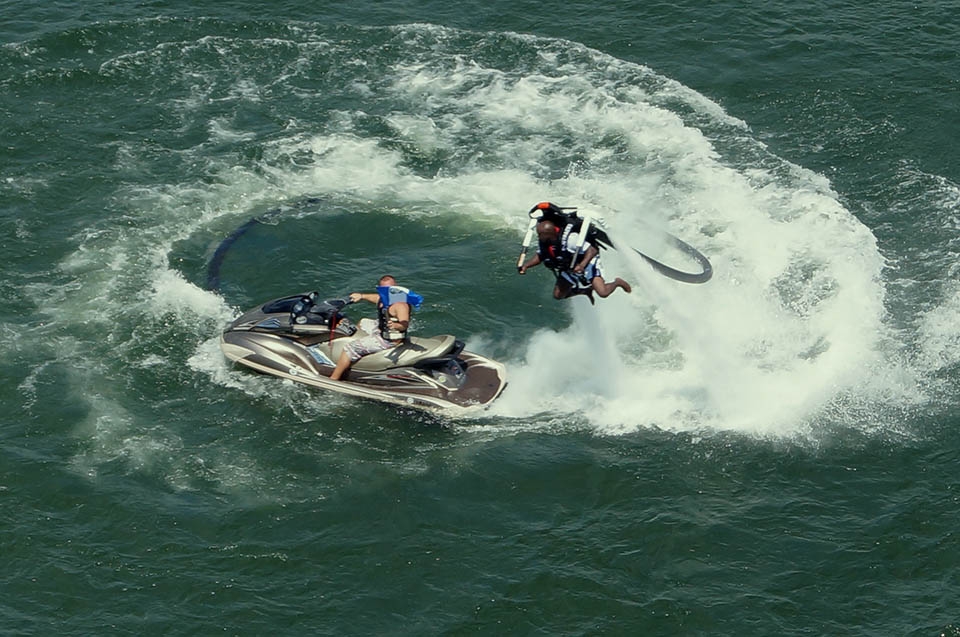