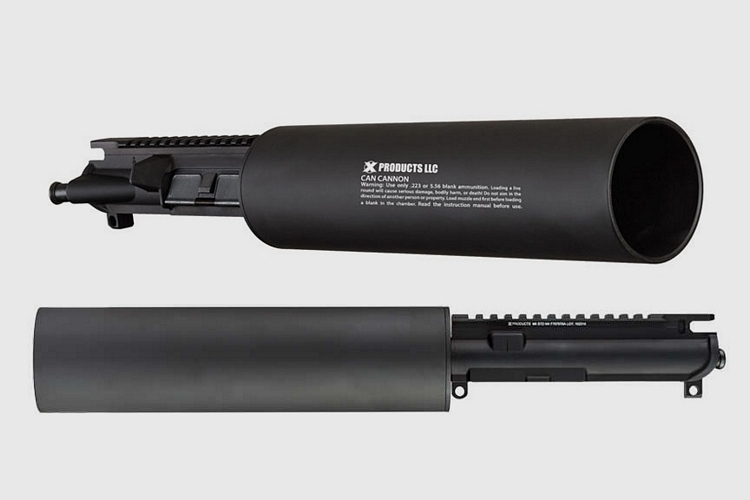 Ever wished you can make your AR-15 rifle shoot soda cans instead of bullets? Probably not. That didn’t stop X Products from creating the Can Cannon, an AR-15 attachment that transforms the erstwhile lethal rifle into a whimsical soda can launcher.

Compatible with all AR-15 and M-16 rifles, the accessory attaches to the front of your weapon, giving it a wide barrel sized to fit a standard soda or beer can. Of course, you’re not supposed to use real bullets when firing (it will destroy the cans), but standard blanks, whose force pushes the loaded cans out as a larger-than-usual projectile. 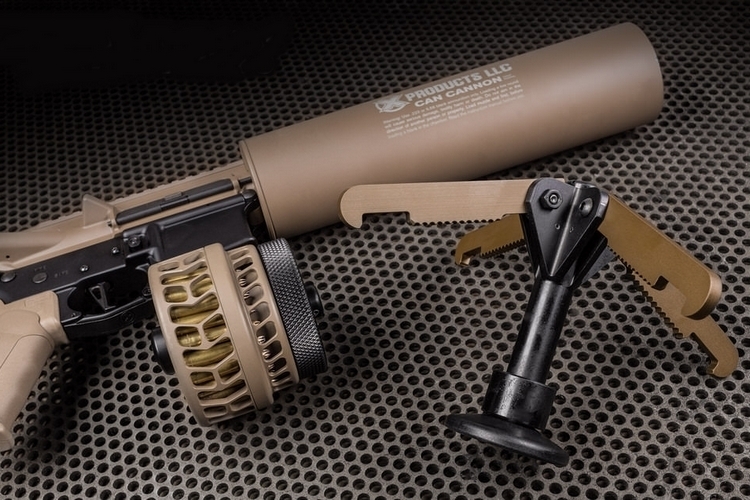 The X Products Can Cannon requires full and unopened cans to properly fire, although you can play around with other projectiles (or buy this rifle attachment for golf balls instead). When fired at optimal angles, it can send a standard 12oz can flying at distances of up to 105 yards, making it a fun way to transport beer from one part of the parking lot to another during tailgates. Do note, there’s a good chance you’re going to miss targets playing around with this thing, so make sure there aren’t people, cars, or anything else that can end up taking impact. I mean, loaded cans flying at high speeds can be dangerous. 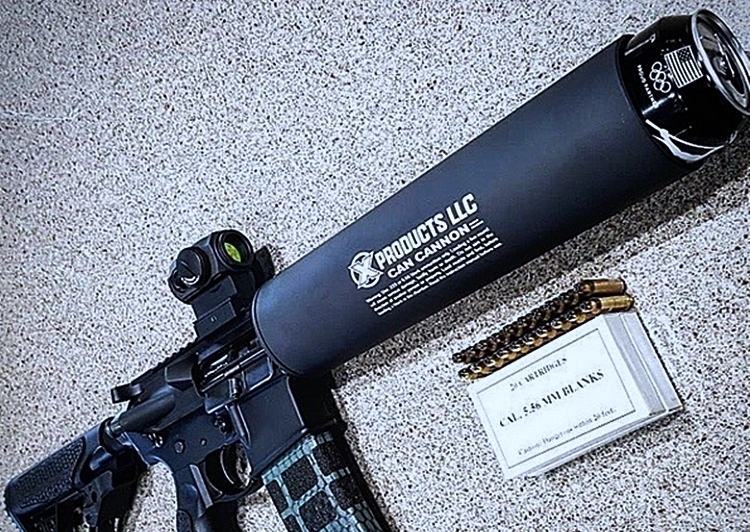 Each launcher comes pre-assembled and ready to use, so you simply have to mount it to a rifle to get started. It weighs 2.8 pounds.