X9 Follow Golf Trolley Trails You Around The Course Autonomously, Won’t Shoot Lasers At Opponents Though 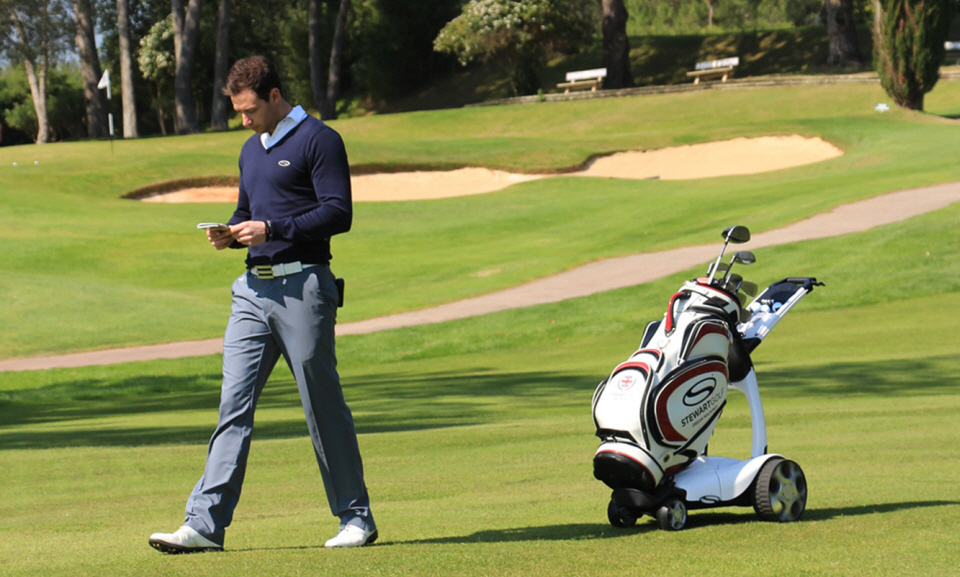 Like other robot caddies, you can have the X9 Follow Golf Trolley carry your golf clubs as you make your way around the course, controlling its movement via a remote. Unlike them, it can function without the remote, autonomously trailing its player, wherever the human overlord decides to go next.

Made by Stewart Golf, the automaton doesn’t make cute noises, do adorable robot things, or shoot missiles on your opponents. Heck, it won’t even open an umbrella to help you out when the afternoon sun gets a little too furious getting its shine on. However, it will keep your golf clubs within easy reach without you ever having to pay it any mind, so you can focus all your attention on the game at hand. 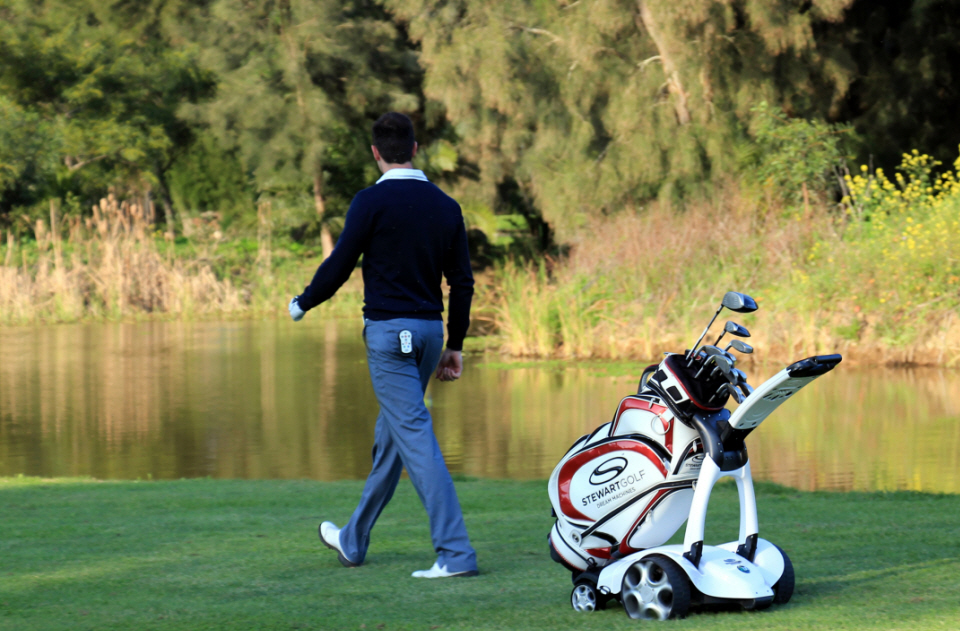 The X9 Follow Golf Trolley is able to follow its assigned overlord by way of the remote, which it pairs with over Bluetooth then decides where to go, depending on the direction the remote is headed. That means, if you drop the remote or throw it away in a fit of rage after missing a putt, your robot stops following you. So don’t do either. You will have to press the “follow” button every time you want it to trail you, though, since you could be one of those people who just like to pace up and down while someone else is teeing and it’s not good for robots to walk around aimlessly (that’s when they get bored and begin to revolt). 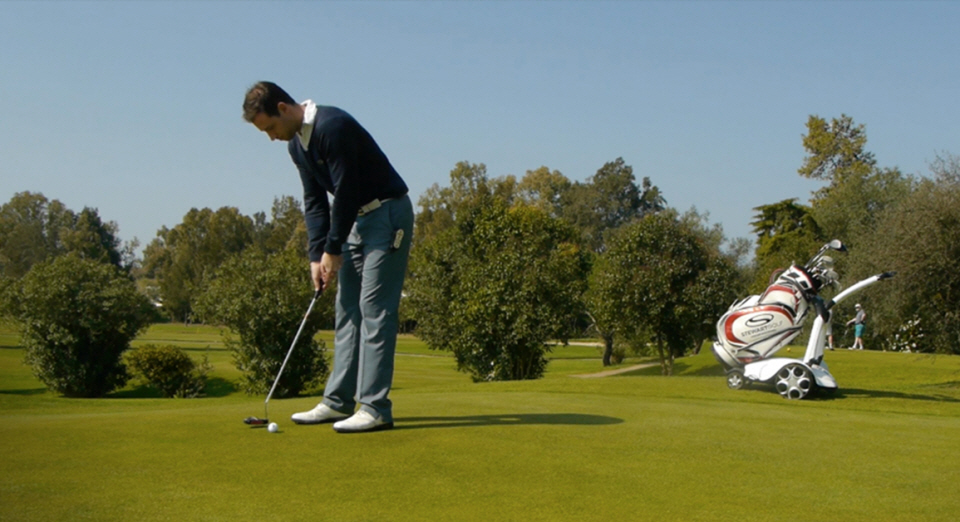 Since there will be times you’ll want the robot at a certain distance, you can also control it manually. The remote is good for up to 50 meters, so you can send it far off if you suspect that the droid is the cause of your recent spate of bad luck. Features include downhill braking (it will pace itself going downhill when it notices you’re doing the same), an integrated stabilizer, and high-grip V3 wheels.

Slated to ship in June, the X9 Follow Golf Trolley is available for preorder now with a £100 deposit. Price is £1499.