XBMC Helps Your Apple TV Become Everything It Can Be 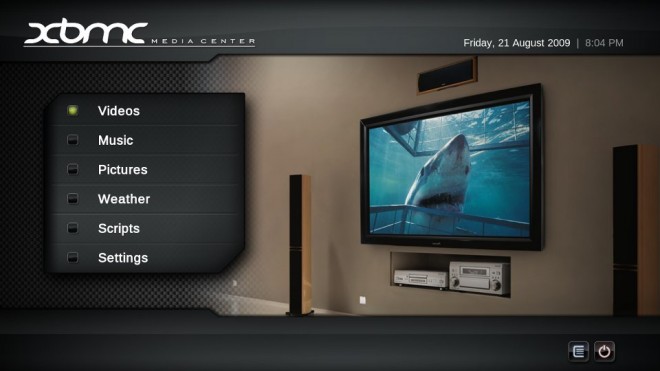 You got an Apple TV 2.  Wee.  You were happy until you realized that the damn thing is too restricted and under-featured to your liking.  If you’re willing to jailbreak it, the new XBMC app can help your TV box turn over a new leaf.

An open-source player and entertainment hub for digital media, the software has long been available on plenty of platforms, including Linux, Windows and OSX.   With the new app, iOS users get a crack at the same thing and the tiny box that fits in your pocket becomes a heck of a lot better.

XBMC unchains the Apple TV 2 from iTunes, freeing it to play any type of audio and  video format in your library.  You get full hardware decoding for 1080p movies, along with all the features the software comes with in all the other platforms.

Even better, the software supports plug-ins, which should pave the way for some interesting features, given the iOS jailbreak community’s seeming penchant for creative tools.  All that, of course, aside from the growing number jailbreak apps available for dumping on the sleek, little box (yep, jailbreaking is awesome).

To get XBMC on a clean Apple TV 2, you’ll need to connect it to a computer and jailbreak it using Season Pass, which will automatically load the media software as part of its process.