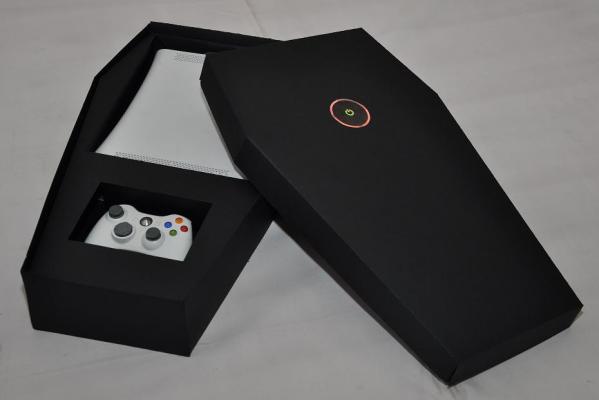 Between me and my cousins, we’ve had three past-warranty Xbox 360s RROD on us. We couldn’t find the heart to dispose of the unfortunate bastards and now we know why. We were waiting for this: the Xbox 360 RROD Coffin. 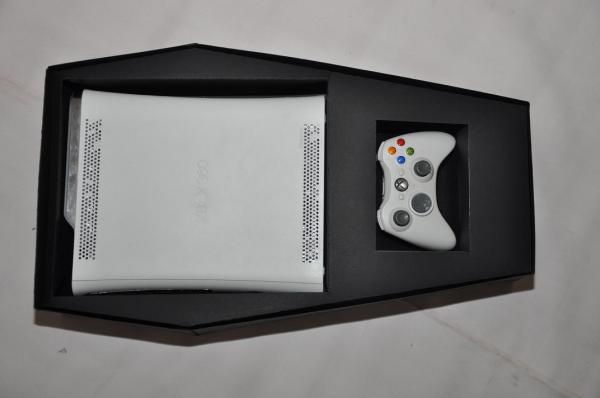 Created by Australian designer Alexis Vanamois, the XBox 360 RROD Coffin should send your bricked console into the next life with the dignity befitting a machine that let you enjoy COD and GTA4 to the wee hours of the morning. In case you’re not that sentimental, it should also make for an excellent shelf display, allowing you to find  use for that dead piece-of-crap you paid a hard-earned $299.99 for.

The casket comes with two resting areas – one for the console and another for the controller (in case you have no intentions of buying a new 360). An RROD sign sits on top of the lid, so everyone who sees knows exactly what lies inside. According to Alexis, he will be mass-producing it for sales sometime soon, bundling it with a signed death certificate listing the serial number of the dead Xbox. 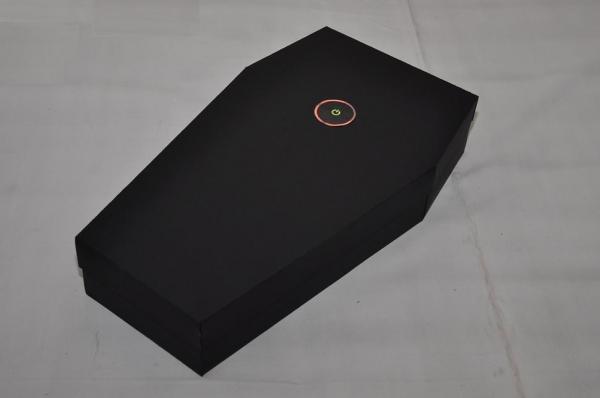 With a huge prospective market of dead console owners worldwide, I can’t imagine any bank denying this man’s application for a business loan. This thing could be the biggest-selling third-party Xbox 360 accessory of all time. Eat that, Project Natal.