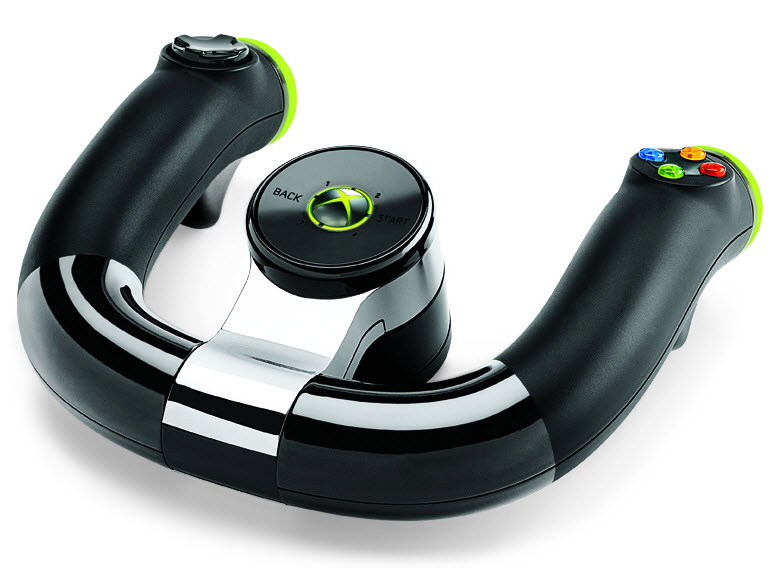 Sure, you can pick up Kinect and make driving motions while racing on a virtual track.  We doubt that feels any more engrossing than actually holding a steering wheel in your hand, though.  Microsoft’s new Xbox 360 Steering Wheel goes one better, severing the cables that keep you tethered to your console while you drive away from the rest of the clowns on Xbox Live.

While designed with racing stalwart Forza 4 in mind, the peripheral will with all racing and driving titles, although resulting functionality will vary (it will be “limited” in some games).  Even better, there’s no docking base you need to lug around with you, as the controller can be set down on any surface during play.

The Wireless Xbox 360 Steering Wheel comes in that racing-friendly U-shaped style, with the main buttons (direction pad and controls) set up on opposite ends of the frame.  It comes with both haptick feedback and rumble functionality, making for a more realistic driving feel.  No word on batteries required, though, we’re guessing two or three of those AA things will need to be loaded.

There aren’t a lot of details available about the controller yet.  That’s fine, though, since you won’t be able to get one until October, likely around the same time that Forza Motorsports 4 hits the shelves.