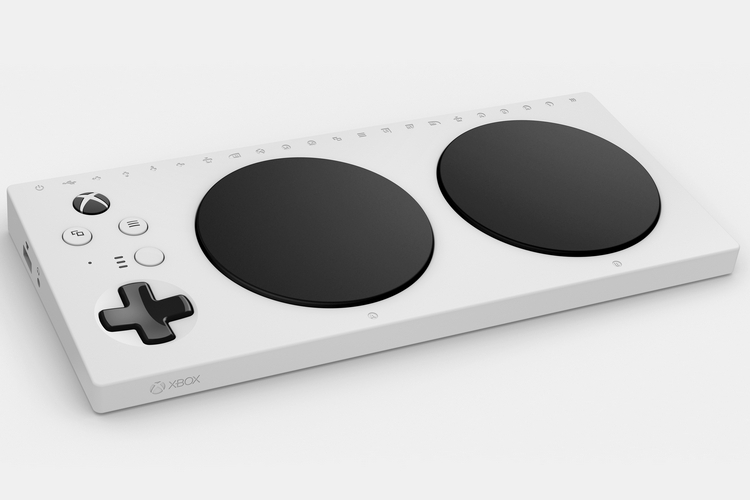 The current generation of gaming controllers are great, having been fine-tuned over the years for excellent function and ergonomics. Problem is, not all people are in perfect control of their hands and fingers, leaving a good chunk of the population unable to partake in the joys of modern gaming. The Xbox Adaptive Controller looks to change that.

Designed for users with limited mobility, the device takes into account the needs of less-than-able gamers. No, we don’t mean those idiots who do annoying things at Dota 2 or the useless douchebags that run cheats in PUBG. Instead, these are for the folks who can’t quite grip a traditional controller, reach the triggers, or use their thumbs the way it’s been intended with conventional gamepads, giving them a way to enjoy gaming by finding a tailored solution. 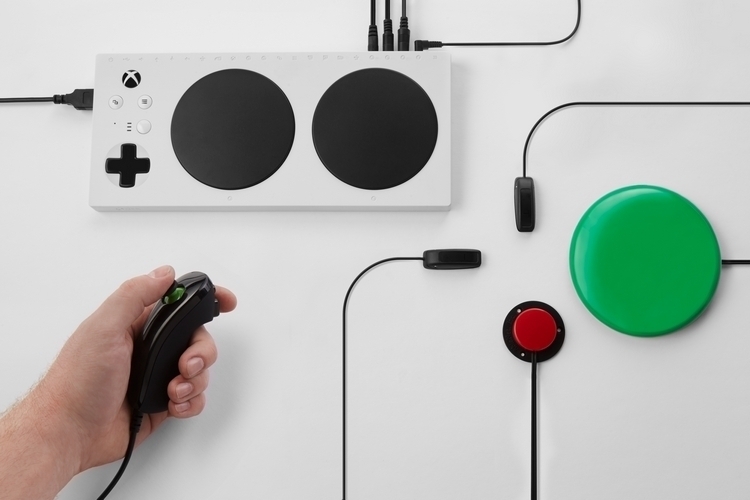 At first glance, the Xbox Adaptive Controller looks like a MIDI controller, complete with a pair of large turntable-like discs and a selection of regular-sized buttons. Instead of being spinning turntables, though, those discs are actually custom buttons that you can program to function exactly the way you need. From what we can tell, they’re not capacitive touchpads, but highly responsive buttons that gamers can trigger even with the slightest pressure. Each button makes a slightly different sound, too, so there’s some auditory feedback to go along with every tap you make.

They pair those highly unusual controls with a standard D-pad, three buttons, and a single Xbox button, along with a USB port for attaching a thumbstick input and 19 3.5mm jacks. Yep, 19 of them – one for each control on the standard Xbox gamepad. No, they don’t expect you to connect 19 headphones to the darn thing (there’s actually a 20th 3.5mm slot for your headset). Instead, the 3.5mm slots are meant to serve as inputs for compatible controllers, whether you want to use it with adaptive switches, foot pedals, or specialty buttons. The fact that 19 inputs are available means you just need to plug in a switch, button, or any other control to have it automatically mapped to the equivalent gamepad button, simplifying the setup process for all users immensely. 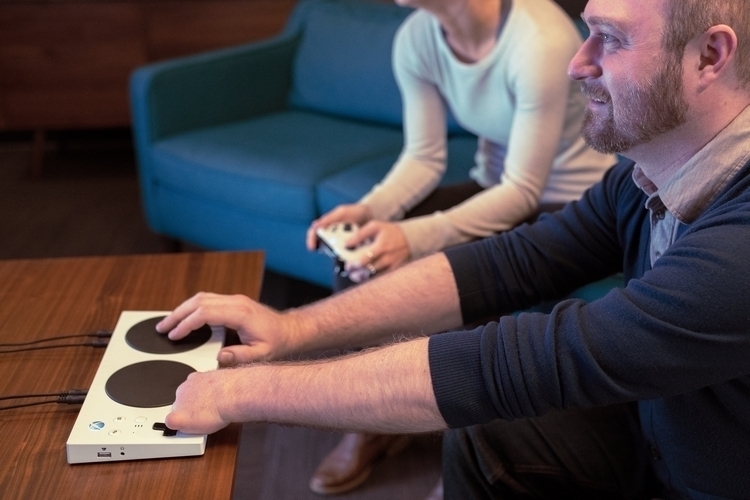 According to Microsoft, players can remap the Xbox Adaptive Controller right in the middle of the game, with no need to pause or reset the console. This allows players to experiment with the setup they like best on the fly, since they can swap switches, buttons, and pedals right in the thick of the game. We know, adding 19 wired controls can make things look messy really fast, but that’s the price of customizing a rig that’s tailored to bypass a person’s disabilities. And, if you enjoy gaming, it’s probably worth the hassle. 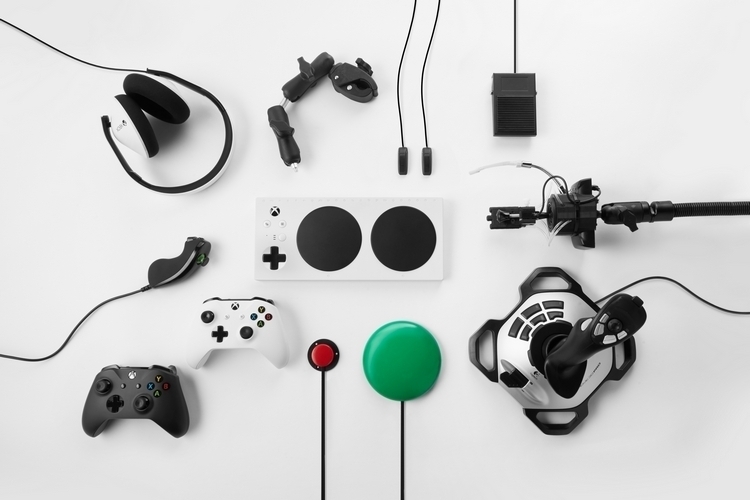 Dimensions are 11 x 6 inches (width x depth) for the controller, so it’s reasonably sized for either putting on your lap or setting down on a table. It’s designed to work with both Xbox One consoles and Windows 10 computers.

Slated to go on sale later in the year, the Xbox Adaptive Controller is priced at $99.