This XM42 Handheld Flamethrower Is Smaller Than Some Nerf Blasters 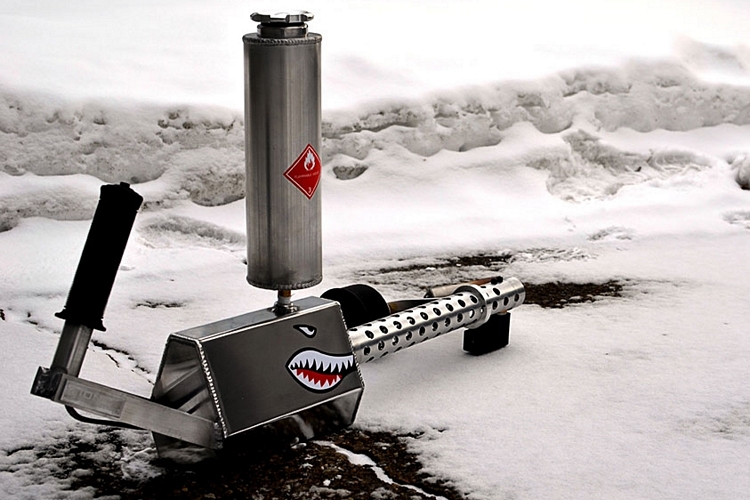 Using a flamethrower normally means carrying a heavy two-cylinder backpack of compressed gas and wielding a handheld gun. It’s hardly the most convenient thing in the world. The XM42 changes that with a grab-and-go design that makes it as easy to handle as your favorite Nerf blaster.

Billed as “the world’s first commercially-available handheld flamethrower,” it comes in the form of just a handheld gun. No more bulky tanks that strap on your back – just a single handheld blaster that shoots out a massive stream of fire. 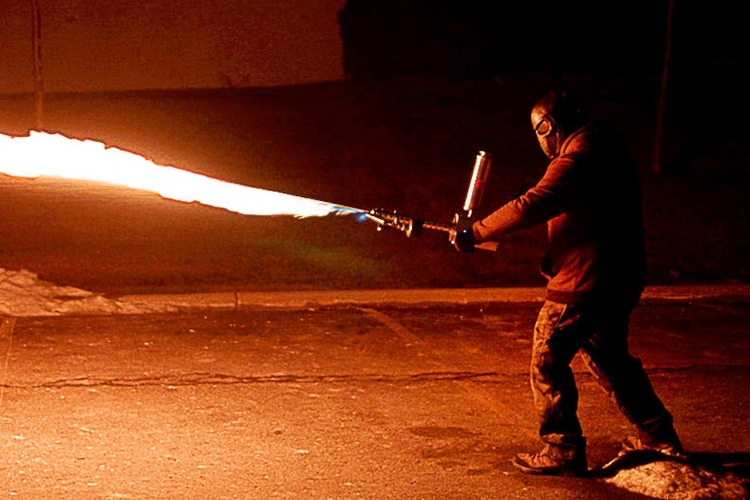 Instead of pressurized gas, the XM42 Handheld Flamethrower uses regular gasoline to create a fiery blaze, so you can reload the monster straight from a local gas station. Once properly fueled, it can produce flaming gasoline stretching to lengths of up to 25 feet, making them just as functional as any traditional incendiary apparatus, whether for melting snow, clearing foliage, or walking around town like a GTA character with serious pyromania issues. Construction is steel, in either brushed, powder-coated, or polished finishes. 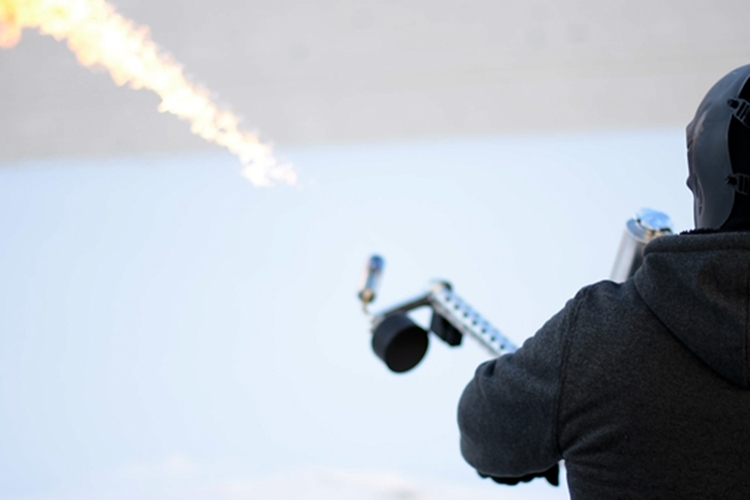 Is it legal? Apparently, yes, provided there are no laws against owning flamethrowers in your locale. For US residents, that means you can indulge your incendiary hankering everywhere except California and Maryland.

An Indiegogo campaign is scheduled to launch for the XM42. Pledges to reserve a unit starts at $699.