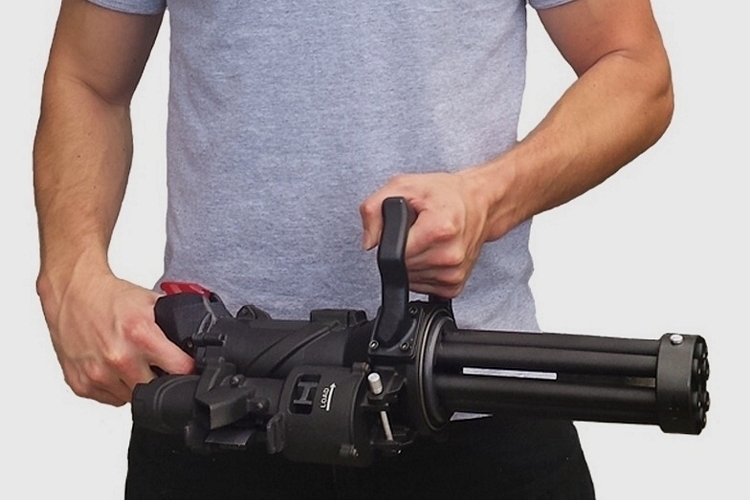 You know those badass miniguns with Gatling-style rotating barrels that are way, way, way bigger than the “mini” in their name will suggest? Well, someone finally made a legitimately miniature version of the darn thing in the form the XM556 Microgun.

Created by Texas-based Empty Shell LLC, it’s a belt-fed machine gun that’s, basically, a smaller version of the handheld M134 Minigun Jesse Ventura’s character wielded in the original Predator movie. And, yes, it’s functional, so you can use it to obliterate your own Predators once you chance upon a group of them hunting aliens in the nearby backcountry. Or something like that. 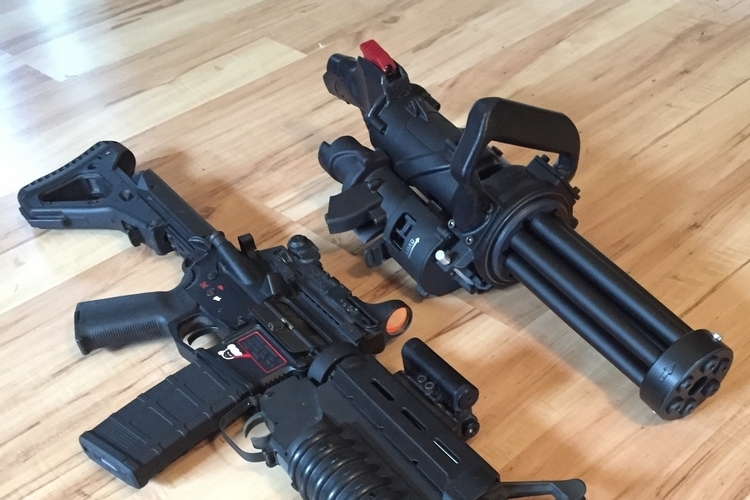 The XM556 Microgun is, basically, designed as an alternative to the M134 when you need a high-rate of fire without the heavy weight and unruly size of the action movie staple. It’s built around the 5.56mm NATO cartridge, with a whopping four times the firing rate of existing Squad Automatic Weapons based on the same belt-fed caliber. Dimensions are 22 x 9 x 6 inches (l x w x h) with a weight of 16 pounds, making it considerably easier to carry than traditional miniguns, although firing mode is restricted to full automatic (so it’s either all-out or nothing). 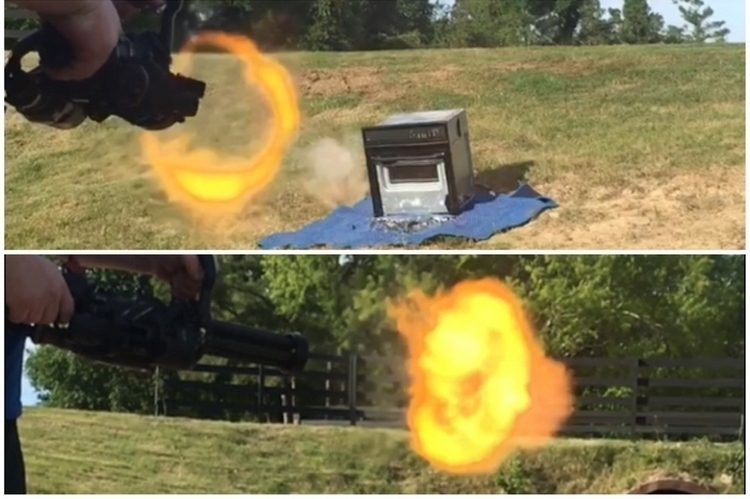 Rather than recreating the M134 in smaller form, the gun is actually designed from the ground up, so this isn’t an inferior imitation but an entirely new weapons system. Despite that, they have designed it to be compatible with some mounts and accessories that will work with M134s to help make the gun’s adoption a little easier.

As of the moment, the XM556 Microgun is still in prototype phase, but you can check it out in action in the video below.