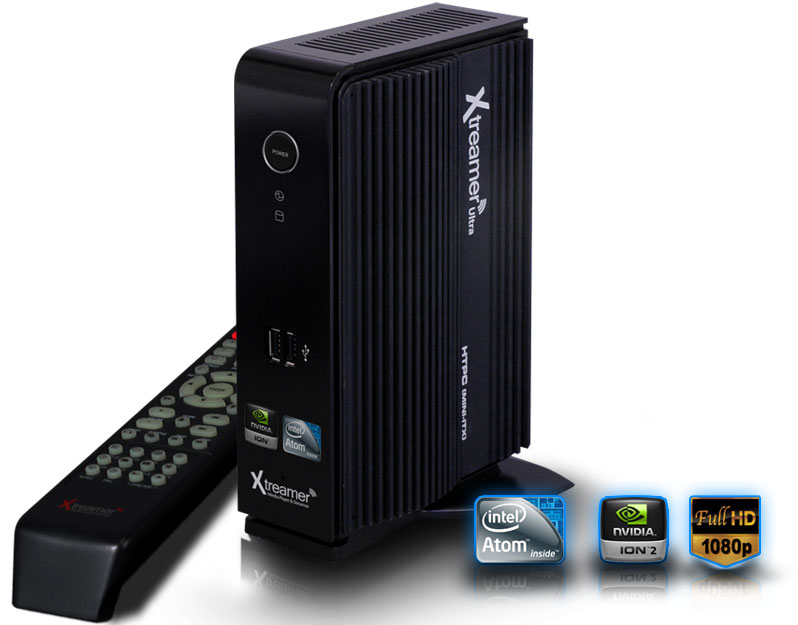 You can have your Apple TVs and set-top boxes.  For the truly old school among us (and, I guess, the truly old, too), HTPCs are still king.  And this Xtreamer Ultra is looking like a really beefy option.

Sure, HTPCs aren’t as pretty as your sleek little boxes.  No matter how you twist it, though, they bring more back for the buck, especially with this aggressively-priced media PC.

While billed as a portable HTPC, the Xtreamer Ultra doesn’t have anything on the sexy, pocketable boxes that pass off for media servers these days.  What it does boast, though, is some nice hardware for processing all those 1080p content you’ve been hoarding, complete with full HD wireless streaming and a smattering of connectivity offerings.

Specs include a dual-core Atom D525 processor, Nvidia Ion 2 graphics chipset, 4GB of DDR3 RAM, HDMI/DVI output, six USB ports, an eSata socket, Bluetooth, WiFi, gigabit ethernet and IR (with a bundled remote).  It doesn’t come with an OS in tow, but it should play well with either a Windows 7 or Linux installation.  Throw one in, along with your favorite media software, and you should be good to go.

The price?  A very tempting €100.  That’s probably cheaper than that crappy nettop you’ve been watching torrented Blu-ray movies with since last year and not that far off from the less-powerful boxes you’ve been considering the last couple of months.  No word on release dates, but the Xtreamer Ultra will be showing up at CeBit 2011.