Yaket Ice: This Ice Pack Will Keep Coolers Very Cold For Up To 12 Hours Straight 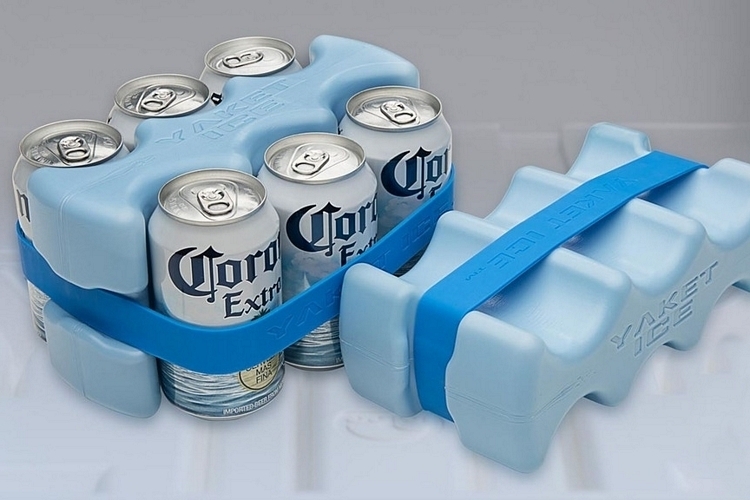 Ice packs are awesome, as they let you chill food and drinks in the cooler without creating a messy pool of water. Problem is, they really don’t work as well as good, old ice, making them less ideal when you’re looking for a setup with maximum cooling power. Yaket Ice wants to change that.

Designed for six packs, the ice pack comes in a grooved shape that will accommodate three cans or bottles of beverages on each side. An integrated strap ensures the drinks are touching the cooling product the entire time, so they’re getting direct contact to maximize the cooling action. 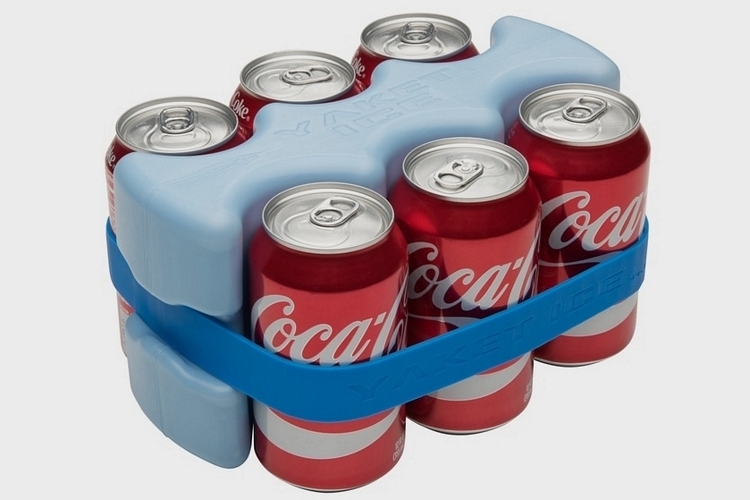 While there’s a good amount of similarly-shaped ice packs in the market, Yaket Ice separates itself from the back by being unusually longer and wider. This allows it to hold a lot more cooling fluid inside the chamber, so a single pack can keep your ice box chilled a lot longer than a similar product. The thickness of the unit combined with the strap forcing maximum contact on the beverages also allows it to quickly lower the temperature of any drinks attached to it, so much so that, the outfit claims, a single minute of contact should be enough to get beverages really cold.  It measures 9.9 x 3.25 x 5 inches (width x depth x height), so it should still fit in most small coolers with six drinks in tow, all while being stackable when used with taller ice boxes.

Like any ice pack, it’s designed for convenient use, so you simply throw them inside the freezer and pick them up when you need to use it to lower the temperature inside a cooler. According to the creators, the ice packs freeze at just five degrees Fahrenheit, making them a lot more efficient compared to other ice packs in the market. Do note, it still requires around 36 hours to go from room temperature to frozen in standard home freezers, so you might want to keep a couple if you plan to use it every day. 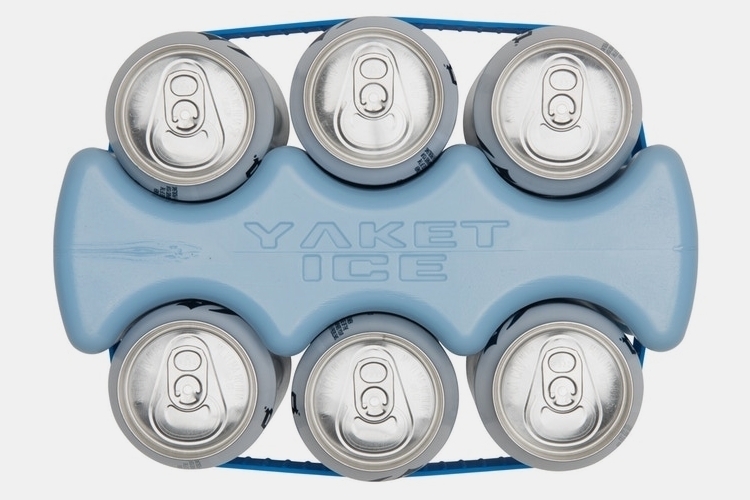 When used with standard consumer-grade coolers from Coleman and Igloo, Yaket Ice claims a single pack can keep beverages in a small cooler “very cold” for around 12 hours. From there, it starts tapering off, but should still keep things chilled for a few hours more.  And since it’s an ice pack, there’s no mess of water to deal with, allowing you to throw in food, along with your mix of beer, sodas, and juices. 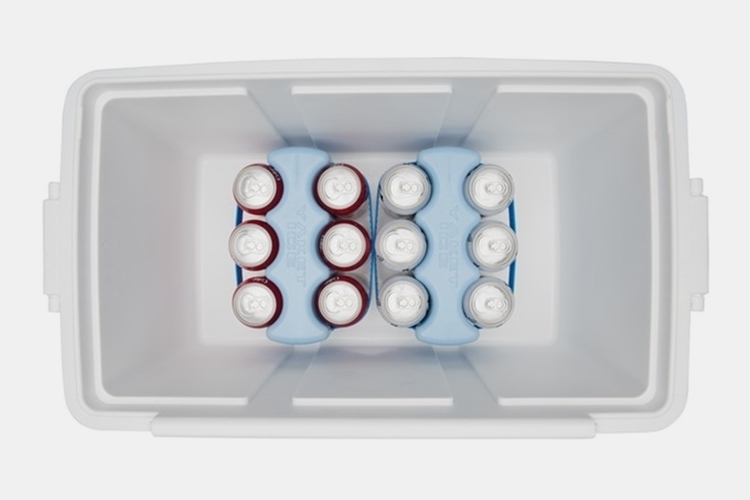 Construction is extra-thick molded HDPE plastic for the housing, so this thing should handle drops without taking serious damage, while the band is molded from high-strength silicone that’s very resistant to tearing. The cooling fluid, by the way, won’t lose its effectiveness over time, so it will hold up just as well as the housing and the band. Simply put, this thing is designed to last, giving you a cooling accessory that should stay functional for years.

A Kickstarter campaign is currently running for Yaket Ice. You can reserve a unit for pledges starting at $29.