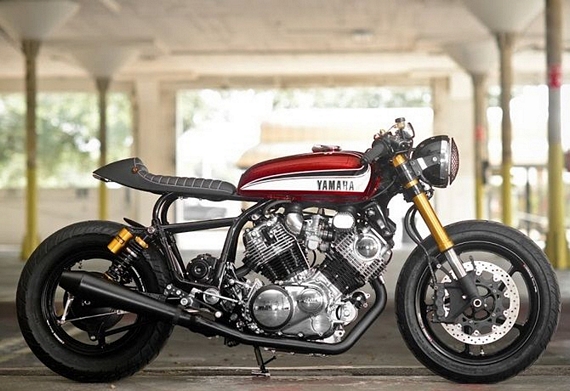 Before its current incarnation, this customized Yamaha Virago XV750 was a non-runner stuck in the garage (hopefully, with a Chillerator next to it), requiring too much work for the owner to try to fix up all by himself.  So he went to builder Greg Hageman, who not only restored it to running form, but rebuilt the now-dated chopper into a sporty-looking ride that looks fit plying our modern streets.

Crafted using a 1995 model donor, the Yamaha Virago XV750 trades in the stock front-end for the upside-down forks, brakes, and 17-inch front wheel of a 2008 Yamaha R1, which plays a nice visual match to the stock drum brake and 15-inch wheel in the rear.  A fresh pair of Ohlins shocks were installed in the rear, while both wheels were dressed up in Dunlop K555 tires. 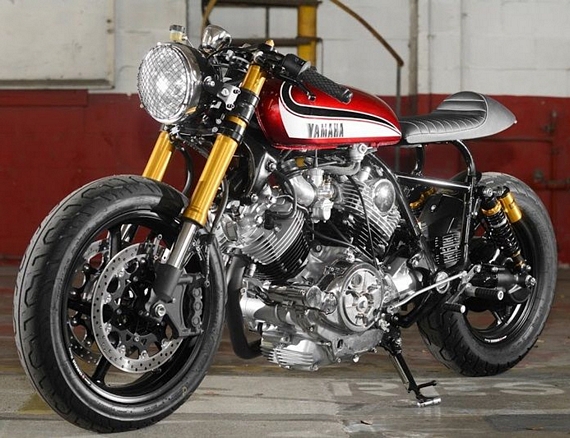 Adding some retro cue is a svelte 1973 Yamaha RD350 tank, which has been modified to fit into the contours of the bike.  It also gets a new Tuffside café racer seat built by Chris Chappell that’s upholstered in marine-grade vinyl, along with Tarozzi rear sets, R1 clip-ons, Biltwell Thruster grips, an Acewell speedometer, and headlight grills. 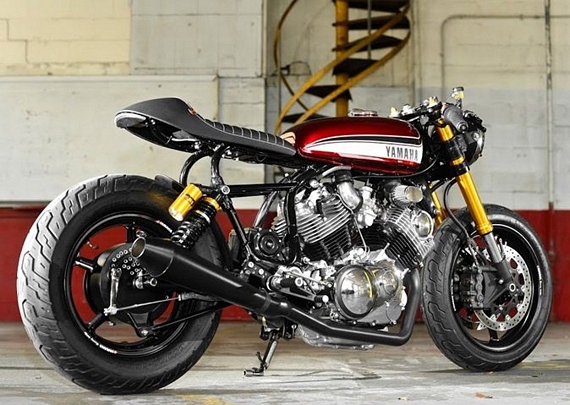 Hageman says the 2nd-gen XV750’s naturally strong frame allows it to support a sporty suspension, leading to a bike that handles better than most people would have expected.  To complement the engine, it received a tuned exhaust and a fresh pair of Mikuni VM34 carbs. 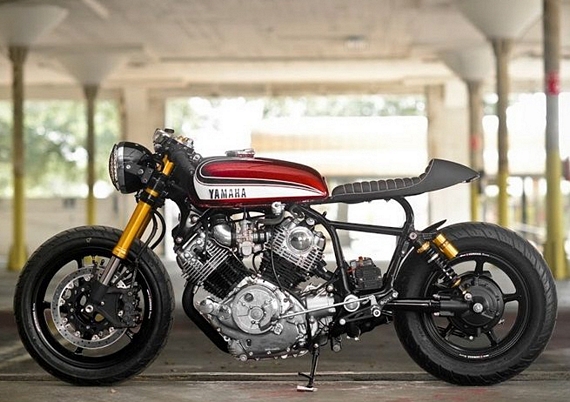 This custom Yamaha Virago XV750 took a full two months to build.  You can learn more about the project from the link below.