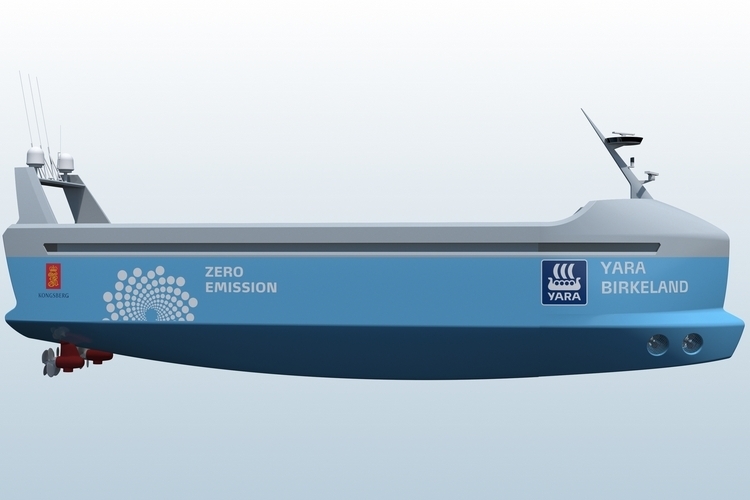 Slowly but surely, we’re moving to a world where vehicles will operate autonomously, eliminating the need for manual interference whether on the road, in the seas, or high above the skies. In the meantime, we’ll have to make do with incremental moves towards that future. One of the latest to make the foray is the Yara Birkeland, an all-electric cargo vessel that’s being targeted for fully-autonomous sailing.

Like many present-day efforts, the project is a small-scale implementation that will see the feeder ship regularly travel a single route, delivering fertilizers from Yara’s facility in Porsgrunn, Norway to the ports in Brevik and Larvik, where they are then shipped to the company’s worldwide customers. The fact that it will regularly ply a single route means it will be easier to predict potential issues that an autonomous ship might encounter, giving the project a better chance of succeeding compared to much more complicated journeys. 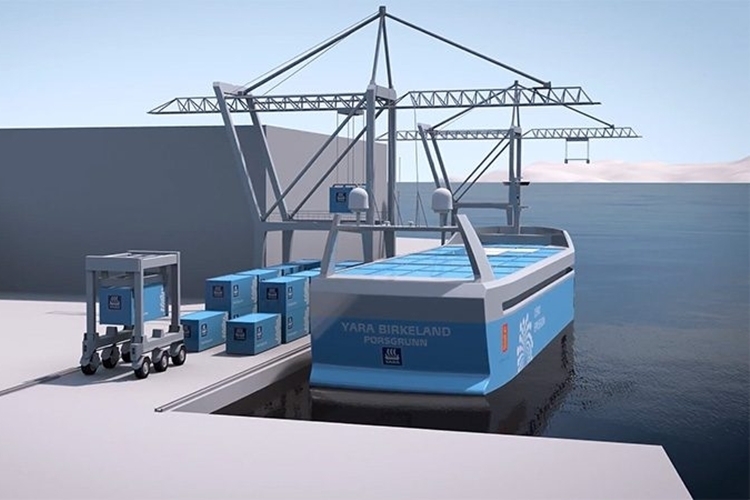 The Yara Birkeland can accommodate 100 shipping containers per trip, which it can transport at a speed of 12 to 15 knots. The onboard battery can hold enough charge to provide a range of 65 nautical miles, which is plenty enough for the relatively short journey it needs to take from the production facility to the international docks. While designed for autonomous operation, the ship will be manned during its first few trips at the end of 2018. After a period, they will shift to remote operation before finally leaving the ship to ply the open seas on its own. The group intends for autonomous operation to commence by 2020.

In autonomous mode, the ship will rely on an array of navigation sensors to help follow the pre-programmed delivery route. Since unexpected things can happen, the ship is capable of changing routes on its own, such as when it detects a potential collision course with another ship or when it recognizes obstacles along the path. In such cases, it will modify the delivery route just enough to steer clear of the detected hazard before returning to the original route. All the autonomous navigation and remote operation technology, by the way, will be supplied by Kongsberg Maritime, a technology company that specializes in supplying equipment to merchant vessels and offshore oilfields. 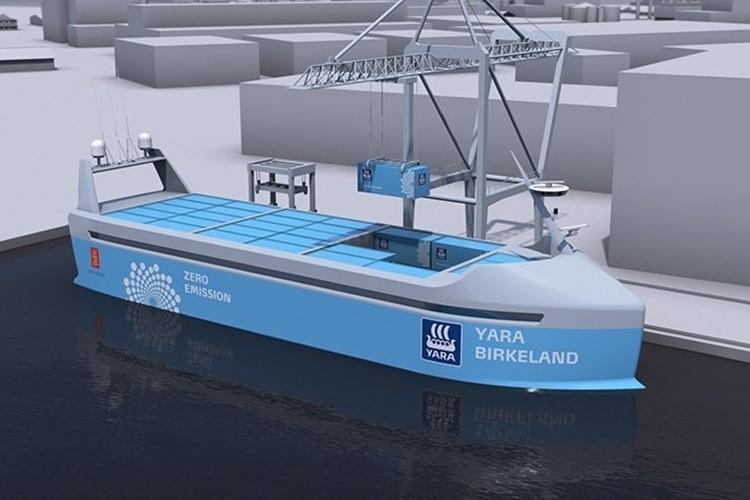 If implemented, the Yara Birkeland will replace the company’s current cargo transport system, which uses a fleet of trucks to ferry the fertilizers from the plant to the country’s international docks. Doing so will eliminate around 100 diesel truck journeys per day, which will be fully in-line with Norway’s vigilant environmental efforts (they’ve been a world leader in the adoption of electric cars), as it significantly reduces the amount of greenhouse emissions while still managing to transport the cargo.

According to the company, the simple switch from cargo trucks to the feeder ship is expected to reduce CO2 emissions by 678 tons, all while helping reduce traffic and noise along Norwegian roads. The ship will also be charged exclusively through hydroelectric plants within the area, making it quite a shining example to sustainability.

Learn more about the Yara Birkeland from the link below.