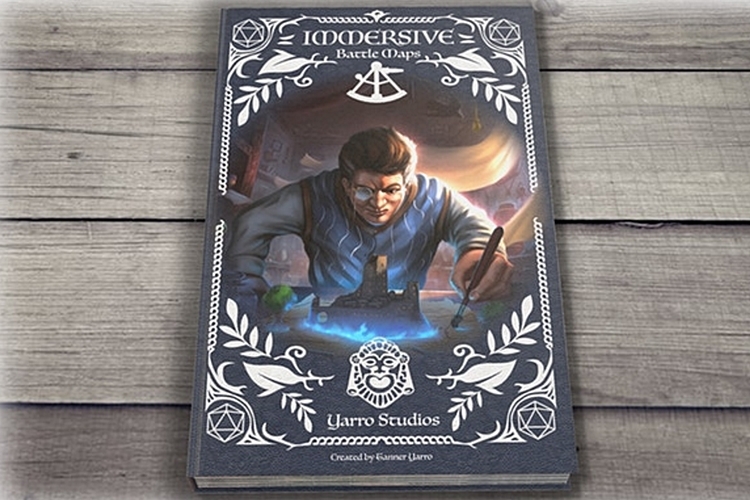 If you spend a lot of time playing Dungeon Master to a group of tabletop gaming friends, chances are, you spend a good amount of time drawing maps, whether at home to prepare for a game or right in the heat of battle to make a game feel more immersive to your group. Of course, your life would be easier if you just have a collection of maps you can bust out at will, allowing you to conveniently stage the action in different settings. The Yarro Studios Immersive Battle Maps get you that.

Yes, there’s no shortage of maps designed for Dungeons & Dragons gameplay. What makes this more convenient, though, is that it collects a whole bunch of them in book form, making it extremely portable while minimizing the risk of a map falling off accidentally. 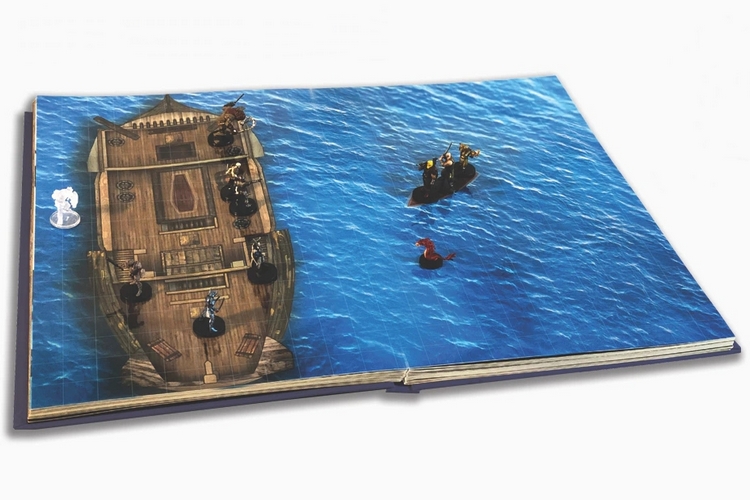 The Yarro Studios Immersive Battle Maps depicts each spread of the book as a single map, each of which is pre-printed with a fine grid (1 x 1 inch), so you can immediately use it for tabletop play without using any overlays. Each spread features an original overhead illustration of a specific scene, done up in full color and plenty of detail, so there’s no need to use your imagination conjuring up a scene, as the entire thing is laid out in plain sight. A total of 32 maps are included in the book, so they give you a good load of playable scenes, from town squares and castle grounds to boat docks and underwater shipwrecks to graveyards and towers.

Each map measures 22 x 17 inches, so there’s plenty of room for the characters to move, with the option to combine multiple maps (if you have multiple copies of the book), in case you need a bigger playing surface. According to the outfit, they designed it so that many of the maps can work cohesively with each other, which should help make it easier to combine different maps without ruining the immersion. 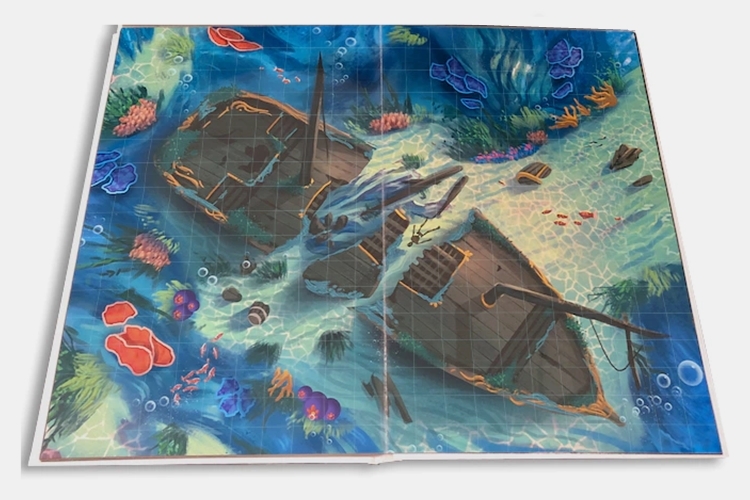 The Yarro Studios Immersive Battle Maps has pages covered in a double-laminated finish that allows you to use dry-erase markers on the surface, so you can easily add and remove anything you want by simply drawing them on to make the games feel more dynamic. They also offer a variety of sticker sets, which feature objects (like boats, fences, and more), spell effects, and various labels, all of which are made from vinyl with infinitely reusable backings, so you can use them for your D&D games many times over.

The book comes with lay-flat binding, which, ensures each spread creates a level surface, whether you’re playing on a map in the first spread, the last spread, or somewhere in the middle. Of course, how level the surface is will depend on the quality of the actual binding, but regardless, since it’s only going to hold very light game tokens, it shouldn’t be that much of an issue.

A Kickstarter campaign is currently running for the Yarro Studios Immersive Battle Maps. You can reserve a unit for pledges starting at $35.