Yeti Touch: This Aluminum Board Can Speed Up Thawing Your Frozen Meats 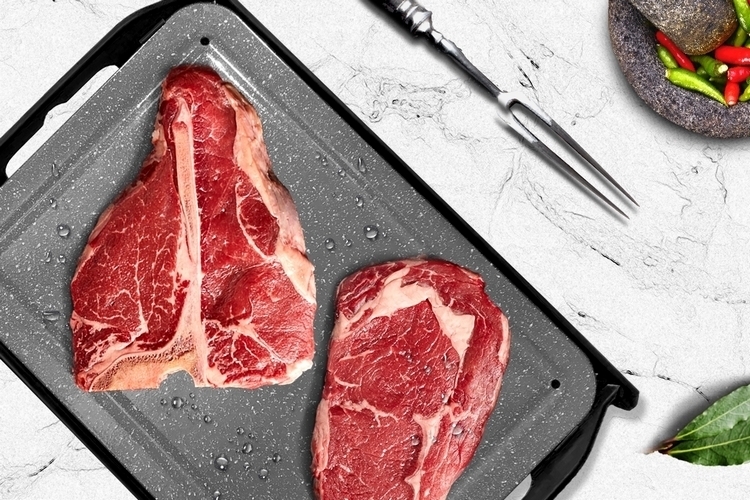 Sometimes, you just need to defrost meat quickly. Maybe you have some unexpected dinner guests, maybe you want to cook something than what you had planned, or maybe you simply forgot to thaw the steaks out last night. For those times, the Yeti Touch has you covered.

Yes, there are plenty of kitchen appliances with integrated defrost settings, which you can use to quickly unfreeze rock hard food items without the need to thaw it in the fridge or leave it under running water. If you don’t have a microwave, countertop oven, or indoor grill that can do that, though, this thing should equip your kitchen with a faster-than-usual defrosting option. 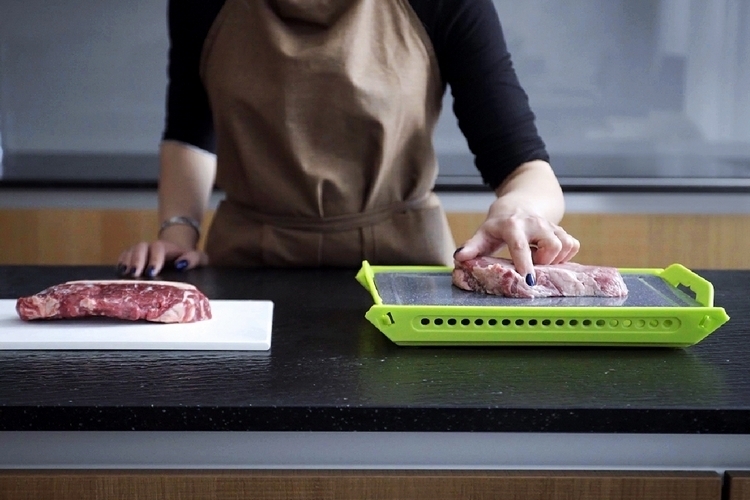 The Yeti Touch consists of a plastic tray with a removable cast-molded aluminum board situated on top. That’s it. There are no heating elements, no powered components, and no batteries necessary for operation. To thaw frozen meats, poultry, and fish, simply take it out of the freezer and lay it down on the aluminum board, allowing the metal to drain the cold out of the food. Yes, according to its creators, the board, which is an aviation-grade aluminum alloy with enamel coating, has been designed such that it can pull the cold out of the food, hastening the thawing process in a significant manner.

Do note, only the side of the food that’s in contact with the board is actually thawing faster, so you’ll have to turn it over periodically in order to hasten thawing for both sides. As ice on the frozen food melts, water flows through drain holes in the board, all of which collect on the tray underneath, ready to be disposed once the meat is sufficiently thawed. To throw the water out, simply lift up the board, pick up the tray, and dump it in the sink. 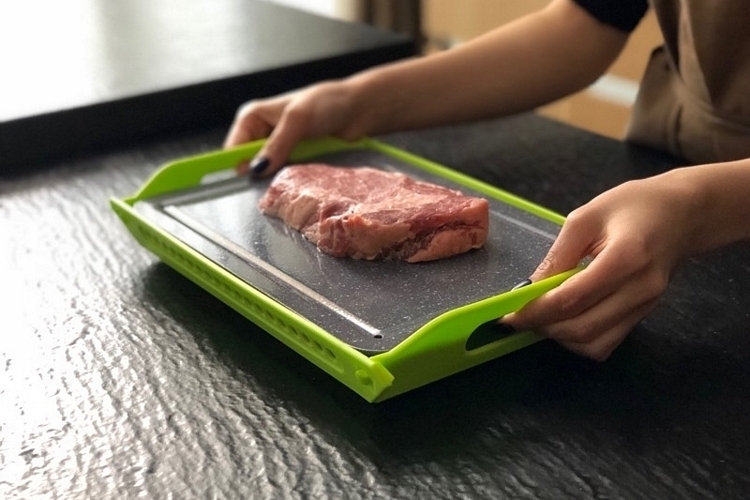 The tray of the Yeti Touch can actually collapse into a flat board itself, allowing you to use it as a chopping board after thawing. That means, you can start slicing meat on the tray after you finish dumping the water, which should help you cut down on the stuff you need to clean up later. Dimensions are 13 x 11 x 2 inches (width x depth x height), so it shouldn’t take up all that much space when sitting in your kitchen counter, although the rather compact size means it’s only suited for thawing rather limited portions of food at a time. 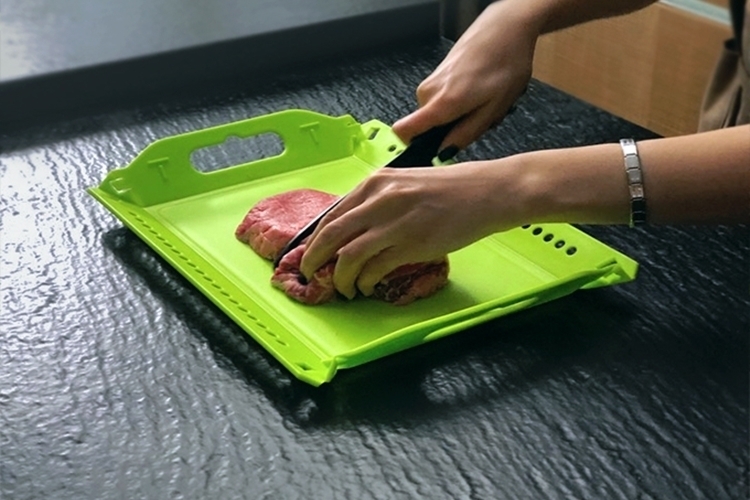 So how long will it take to defrost food in this thing? According to the outfit, it can thaw frozen chicken in 16 minutes, frozen steak in 12 minutes, and frozen fish in 8 minutes, although the actual time can vary depending on prevailing temperature and humidity. We know, that’s not exactly instant, but compared to the alternative of waiting for several hours, it definitely sounds a whole lot better.

A Kickstarter campaign is currently running for the Yeti Touch. You can reserve a unit for pledges starting at $34.