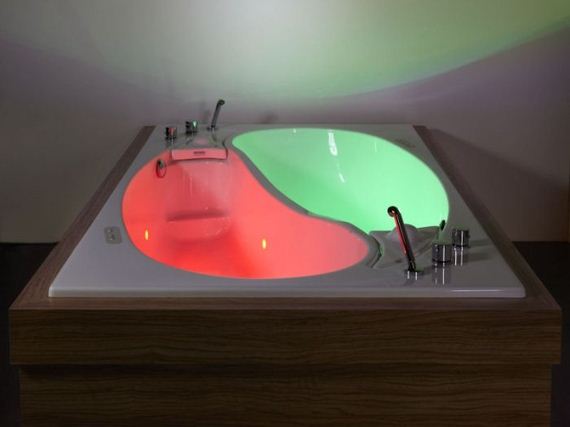 Sharing your crystal bathtub with a significant other can be a romantic thing.  Of course, it can also be annoying, like when the boyfriend comes home covered in nasty grime or when the girlfriend keeps wanting to cuddle while you want to nap or when the wife insists on bringing her spoiled dog to the bathtub with you.  Ugh.  Well, those things won’t be a problem with the Ying Yang Bathtub.

Made by Trautwein, it’s a couple’s bathtub that’s split in the middle, giving each person an individual section of the tub.  That means, you don’t have to share the boyfriend’s dirty water and have a built-in excuse to refuse cuddling and don’t have to share space with the wife’s spoiled mutt.  Yeah, it’s kinda weird, but kinda awesome at the same time. 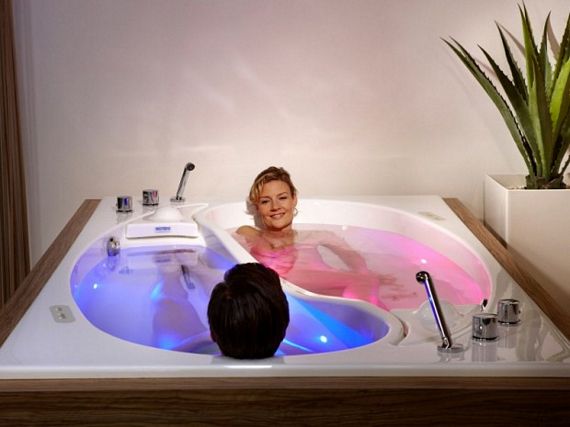 The Ying Yang Bathtub’s actual bathing area is shaped like the ying yang symbol, complete with the curly split down the middle to create the pair of bathing hollows. It’s constructed as one jointless structure set up on a frame, which can then be cladded with ceramics or wood for integrating into your existing bathroom.  Features include 120 air and water nozzles (for those soothing massage-like sensations), integrated colored LED lights for setting the mood, built-in loudspeaker for bathing in relaxing music, and optional accessories like a matching cocktail tray that can be set up right on the division. 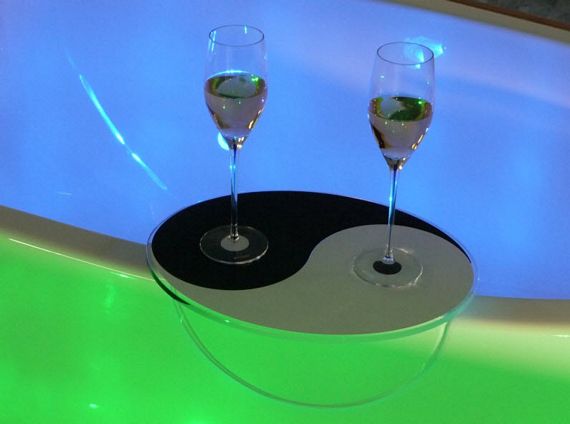 File this under weird, expensive, and possibly-romantic-but-we’re-not-sure.  The Ying Yang Bathtub is available now, priced at $55,000.