When Green Army Men Run Out Of Wars To Fight, They Turn Into Yoga Joes 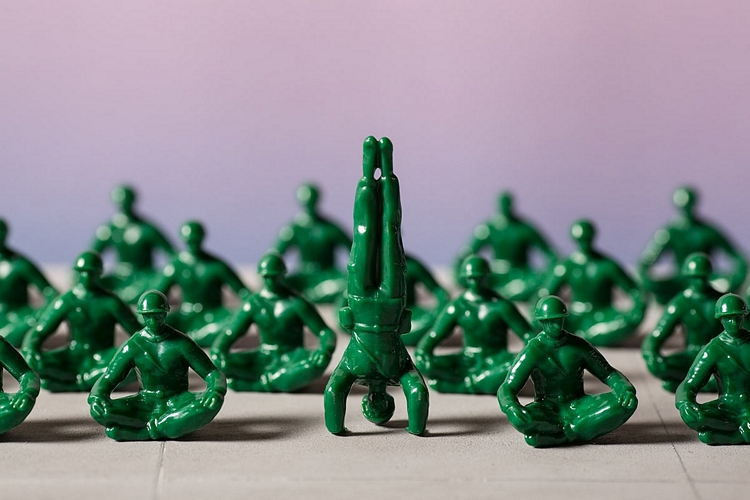 Green army men are posed the way they are because soldiers are expected to take fighting stances when out in battle. But, of course, they do other things while stationed in a war zone, too, like playing cards, engaging in friendly banter, and maybe even doing yoga exercises. At least, that’s what these Yoga Joes appear to be doing.

Like classic green army men, the soldiers are dressed in classic World War II military gear, so you can mix them in with your set of classic army men without looking out of place. Instead of carrying weapons, though, the men are unarmed and engaged in one type of yoga pose each. 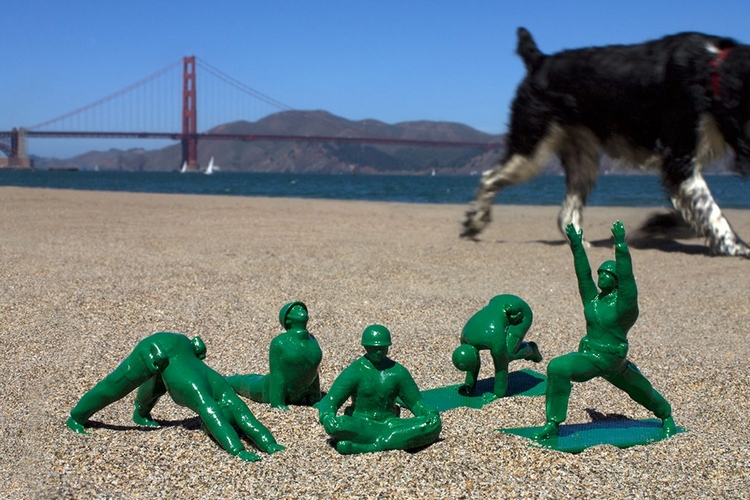 Nine figures are included in a Yoga Joes set, each one assuming a different traditional pose. There’s one dude doing a headstand, another doing the cobra, one dude in a meditation pose, some soldier doing a warrior one, another in a warrior two, someone in a child pose, a dude in a tree, someone doing crow, and a last one doing the downward-facing dog. Height varies between 1 to 3 inches, depending on the soldier’s pose, so they should be around the same scale with most any type of little army men toys in your collection, whether you prefer yours in bronze, silver, or zombie form. All figures are made from ABS plastic and packaged in a “mini-yoga studio” box with a bamboo floor. 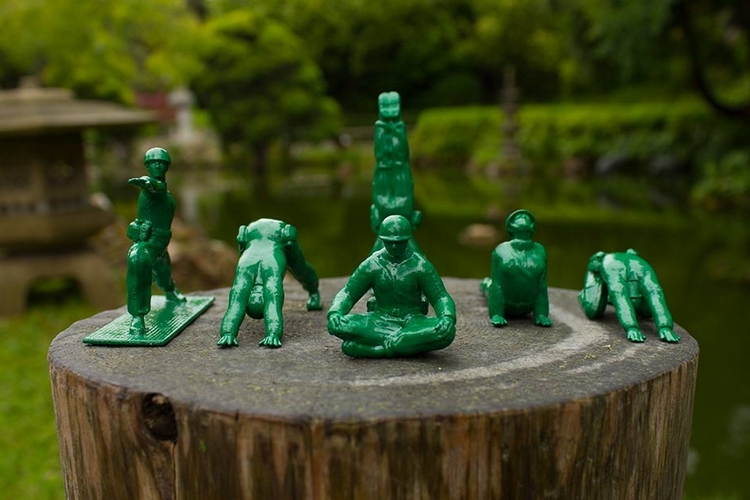 Yoga Joes are available as sets and as individual figures. Set is priced at $27.