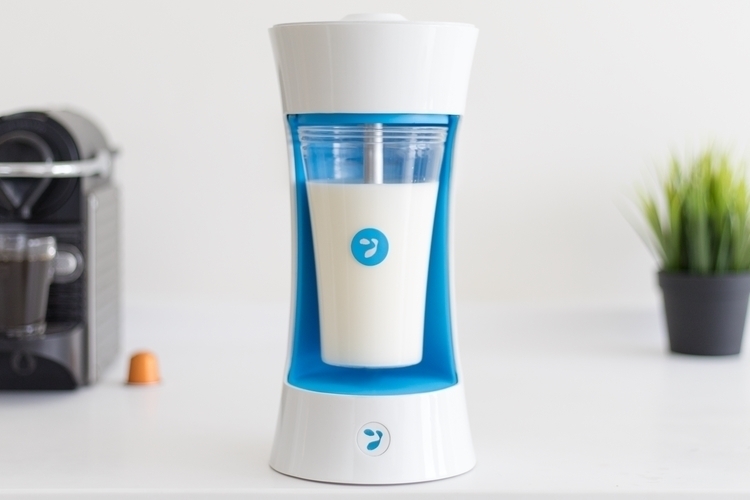 We’re big fans of Wim’s single-serve yogurt maker, which cranks out freshly-made yogurt right in your kitchen. Problem is, the darn thing can get expensive, with each pod costing around $3. Yomee offers a more affordable solution.

A yogurt-making countertop appliance, the device works similar to single-serve coffeemakers, automating the process to make everything dead-simple. That way, anyone can enjoy fresh yogurt at home while spending considerably less than both store-bought brands and competing yogurt pods. According to the outfit, you can save as much as 70 percent using the appliance compared to purchasing your yogurt from stores. 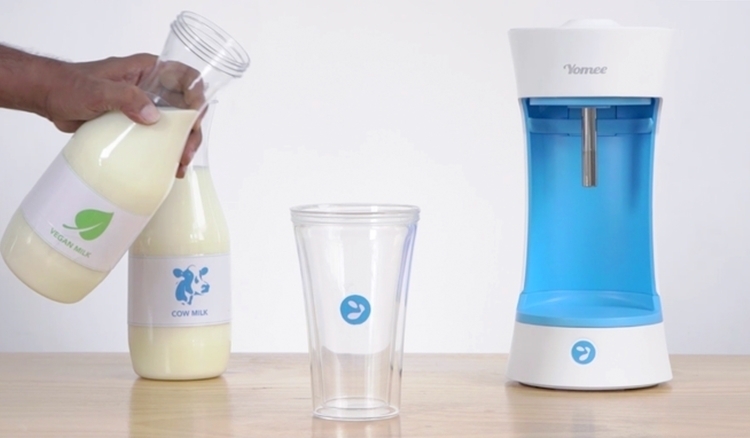 Yomee is a small kitchen appliance that takes around the same counter space as a large Thermos bottle, so you should have no problem finding a spot for it in the kitchen. To use it, simply pour in your favorite milk in the included cup, place it back on the appliance right under the mixing rod, and drop in a Yomee pod into the slot on top. From there, you choose the yogurt type using the app (available for both iOS and Android) and get it running. It takes six hours for the appliance to actually mix and chill the yogurt, so it’s not quite as convenient as the 10-minute wait with Wim. If you’re the kind of person who can delay your cravings, though, this thing should make for a more economical option.

During those six hours, the appliance will start heating and stirring the milk for 15 minutes, after which it cools it back down to 46 degrees Celsius. The appliance then releases the contents of the pod into the milk, stirs it, and incubates it a level temperature until the six hours is done. If you’re not home to eat the yogurt by that time, the appliance will keep the yogurt chilled for up to 48 hours. The pod, by the way, is designed to dissolve, so there’s nothing to throw away. 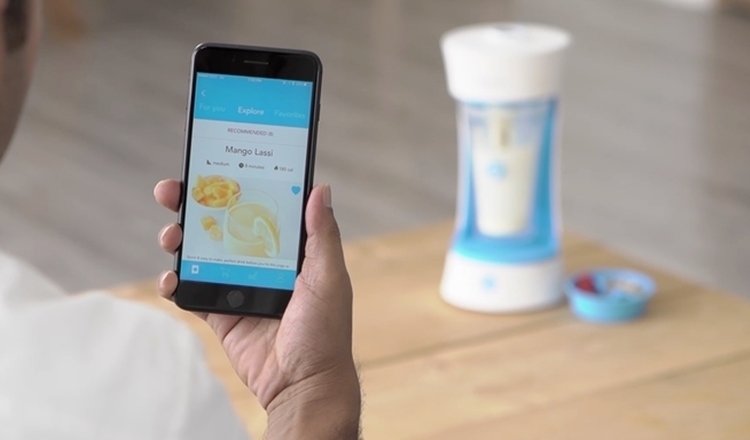 Each Yomee pod contains the outfit’s proprietary blend of rice starch, live active bacteria cultures, and flavorings for the yogurt. Do note, the blend is rendered as a compressed material, so you’ll have to use up the entire thing (no breaking it up into several servings). A single pod can make 10 ounces of yogurt, which is equivalent to two standard servings. They have both dairy and non-dairy pods, by the way, for vegans and lactose-intolerant folks who still want to enjoy their yogurt.

You can eat the yogurt straight from the same cup where it’s made, so there’s no need to use a separate dish. The cup, by the way, is double-walled, so it will insulate the yogurt to retain the low temperatures as long as possible, all while coming with a lid that includes integrated storage for your favorite toppings. That way, you can wait until you’re ready to eat before dumping those fruits and nuts into your delicious semisolid snack. 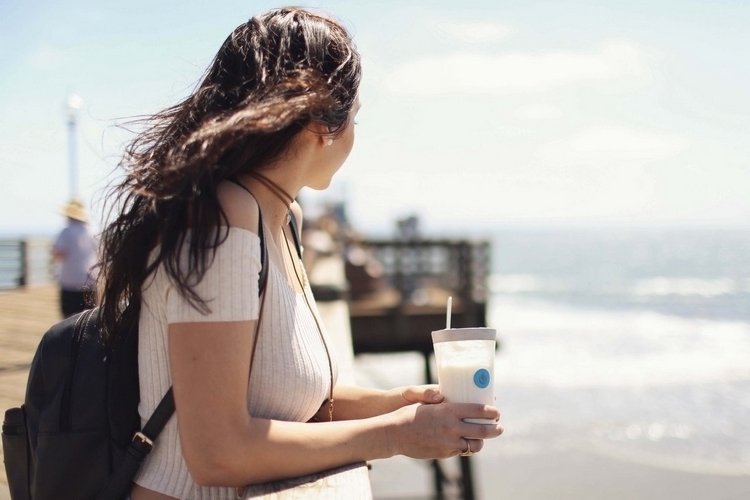 A Kickstarter campaign is currently running for Yomee. You can reserve a unit (appliance with 20 pods) for pledges starting at $99. Pod subscription will cost $19.99 a month for 25 pods. If you’d rather not subscribe, you can buy a pack of five pods for $5 at any time.