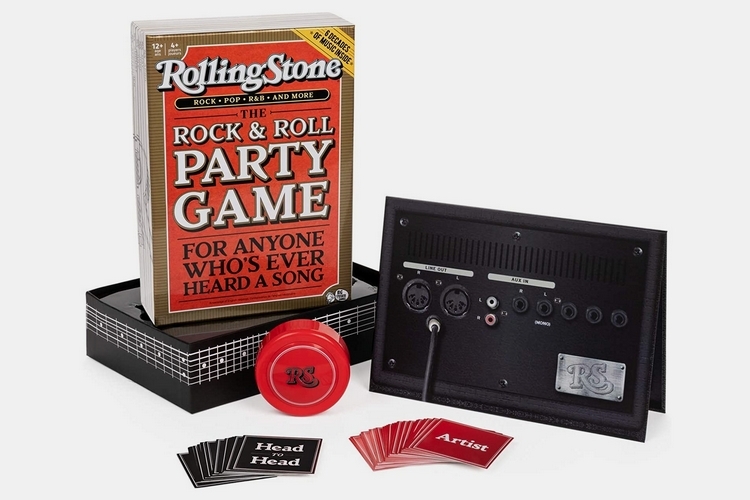 Most music trivia game require a voluminous knowledge of one or more areas of music, making it unattractive for many folks who only turn on the radio to stave off falling asleep whenever they’re driving. Rolling Stone’s The Rock & Roll Party Game acknowledges the “don’t care much for music” crowd by offering a music trivia game that relies on those memory parcels of any song you heard in passing.

Created by Big Potato Games, the tabletop game separates players into two teams, pitting them head-to-head in a battle to find out which ones have more bits and pieces of pop music lodged somewhere in their head. Whether you’re an avid Spotify subscriber, a Luddite who still listens to FM radio, or an oldhead whose idea of good music is stuck in whichever decade you grew up in, this game keeps the music knowledge casual enough that anyone should be able to keep up. 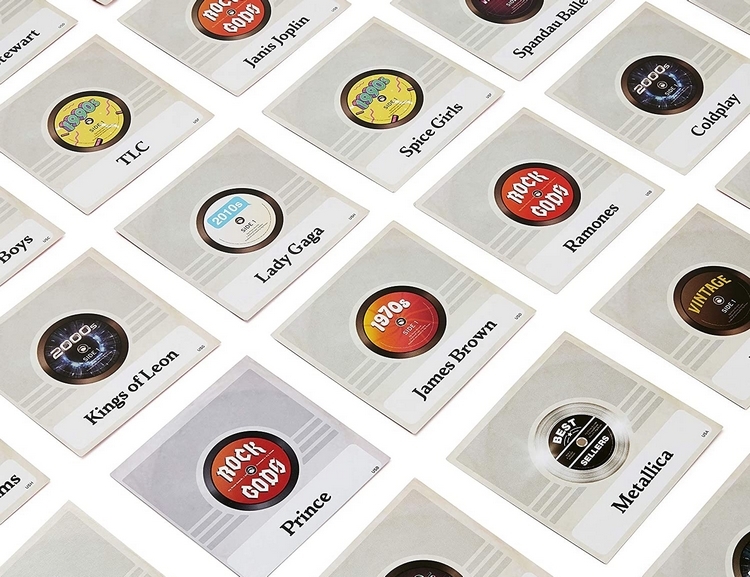 Rolling Stone: The Rock & Roll Party Game consists of a small board, two decks of cards (Head to Head and Artists), and a timer. To start the game, you choose one player from each team to go head-to-head in a one-on-one battle. They draw one card from the top of the Head-to-Head deck, which will show a theme (e.g. Songs containing the word “Day”). From there, the first player to come up with a fitting song can sing the lyric (e.g. “I had a bad day”) and press the timer. The timer counts down to 15, giving the other player a quarter of a minute to come up with another song.  When a player is stumped and the 15 seconds passes, they lose.

The player from the winning team then draws six cards from the Artists deck, each of which lists the name of a musical artist. You choose three artists for your team and give the remaining three to the other team, keeping in mind, you’re supposed to choose the ones that are easiest for your teammates to guess. 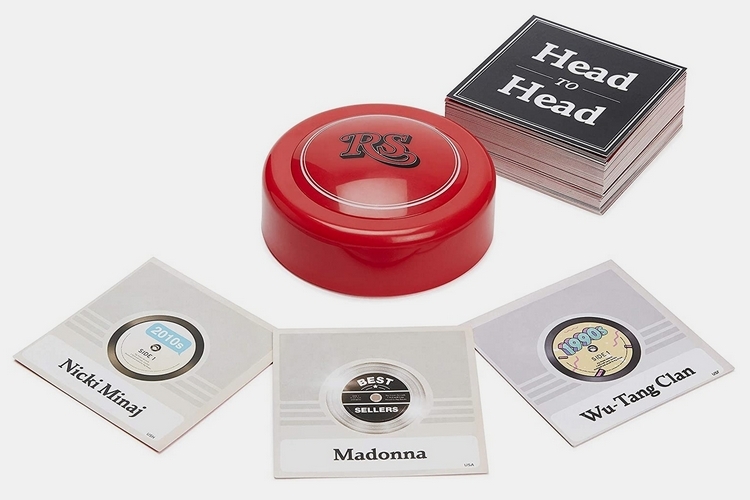 From there, you’re supposed to place the three Artists cards in one of three categories on the The Rock & Roll Party Game board, either One Word, Lyrics, or Hum, depending on which ones you can handle. From there, you play a game of musical charades with your team, using a word to describe the first artist, dishing out lyrics for the second, and humming the songs for the third. They need to be able to guess the artists within 30 seconds, which you can set by long-pressing the timer. Any artist your team is able to guess correctly gets added to your “record collection.” The team with the biggest record collection at the end of the game wins. 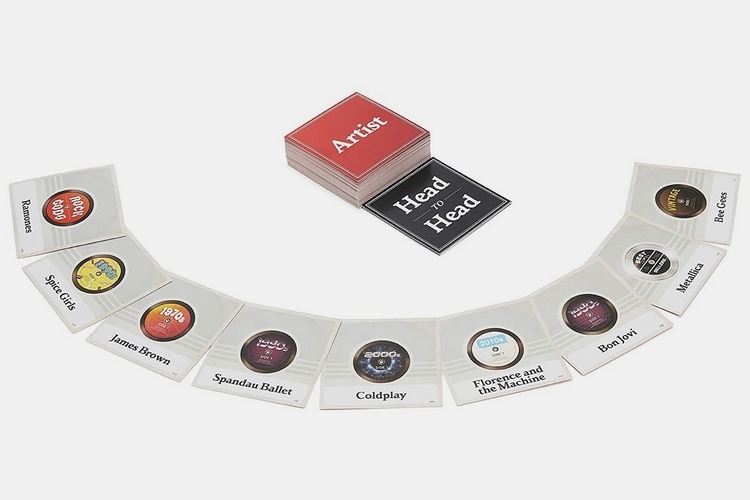 According to the product page, there are over 150 different musical acts included in the Artists deck, with a balanced collection of musicians from the 60s, 70s, 80s, 90s, 2000s, and 2010s. That way, everyone has a fair chance of keeping things competitive, regardless of which decades your musical loyalties lie in.