Zapata Ezfly Is A Segway-Like Hoverboard That Anyone Can Fly

Remember Zapata’s Flyboard Air, a real hoverboard that the company has been developing and showing in demonstrations? That’s awesome. Problem is, riding the equivalent of an airborne skateboard is super scary (and, from the looks of it, quite difficult), which we guess is the motivation behind the Zapata Ezfly, a seemingly less-threatening version of the personal flight machine.

Like the Flyboard Air, the device will fly you up in the air and allow you to maneuver your way around the space all on your own. Unlike them, it comes with dual handgrips, so you have something to grab onto through the flight – something that should help keep things more stable, apart from making riders feel more secure. Basically, instead of a flying skateboard, they go you a flying Segway. Except, one that’s way cooler. 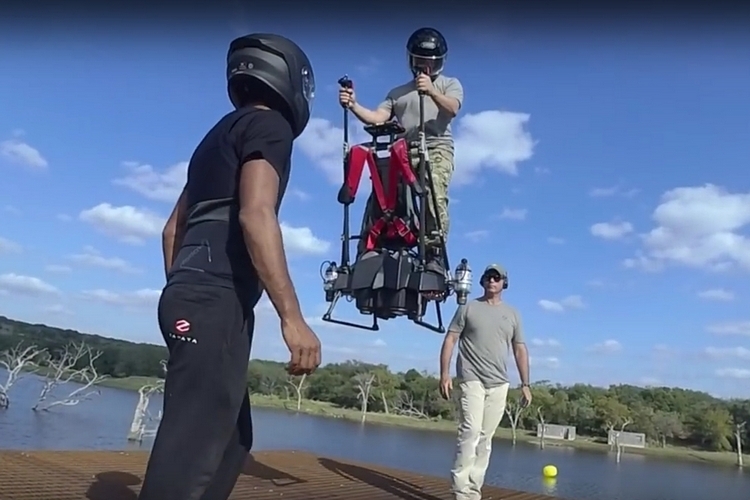 Zapata Racing hasn’t actually given any details about the Ezfly other than the video they released of ten people testing the darn thing. Yes, ten people, which, we guess, is a demonstration of how anyone, not just trained athletes, can easily get the hang of it. From the looks of things, it’s a lot more manageable than the Flyboard Air, since the grips give you something to hold onto, removing the need to use core strength to achieve balance on the rider’s part. It also looks safer, so much so that they don’t even bother strapping your feet in the way they did with the grip-free version. Yes, there doesn’t seem to be any harnesses involved in this, so one can probably dive off the machine and land straight on the water. Flying diving board, anyone? 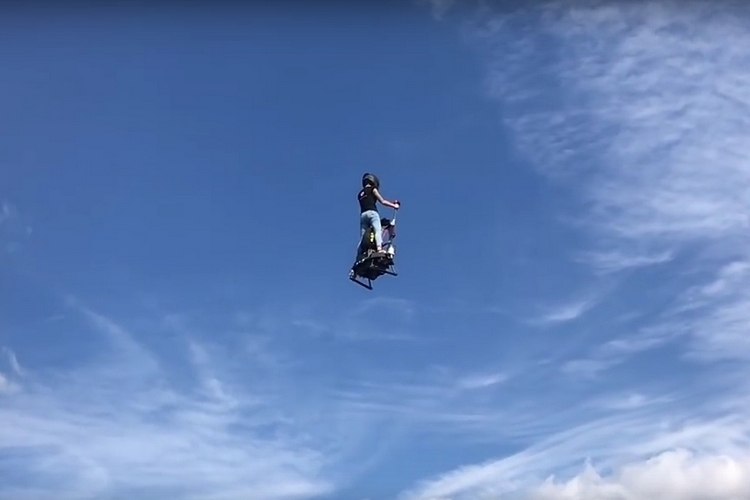 In the video, Zapata tested the vehicle over a lake, similar to other tests they’ve run on flying vehicles before. From what we can tell, the controls appear to be mounted on the grip, rather than on a handheld controller, which makes sense since you’ll want to keep your hands on there the whole time.

Hopefully, we’ll get more details soon about the Zapata Ezfly. More importantly, we hope this thing comes to market sooner rather than later. Hit the link below to go to the YouTube video.