Perform Barrel Rolls Over The Water With The Zapata Flyride 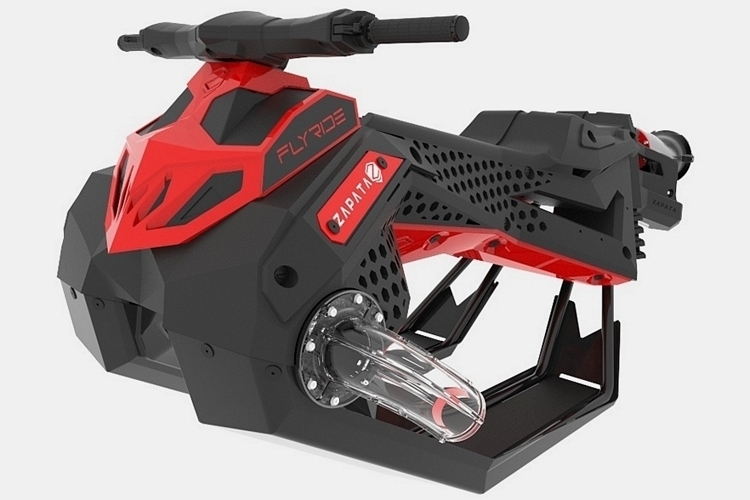 We’re big fans of Zapata’s line of “hydroflyers,” which use the propulsion from PWCs like jet skis to send people soaring way above the water. It’s a great way of simulating the kind of experience hoverboards will probably give us in the future. The latest addition to the line is the Zapata Flyride, which comes in a form factor resembling compact personal watercrafts (PWC).

Arguably the most accessible model yet in Zapata’s line of PWC-propelled rides, the device is, basically, a jet ski that you attach to the propulsion of another jet ski, so you can hover over the water in a flying motorcycle. With a seat to keep your body stable and handlebars to keep a tight grip on, it gives beachgoers a PWC-propelled ride that should be safe to ride even for kids. 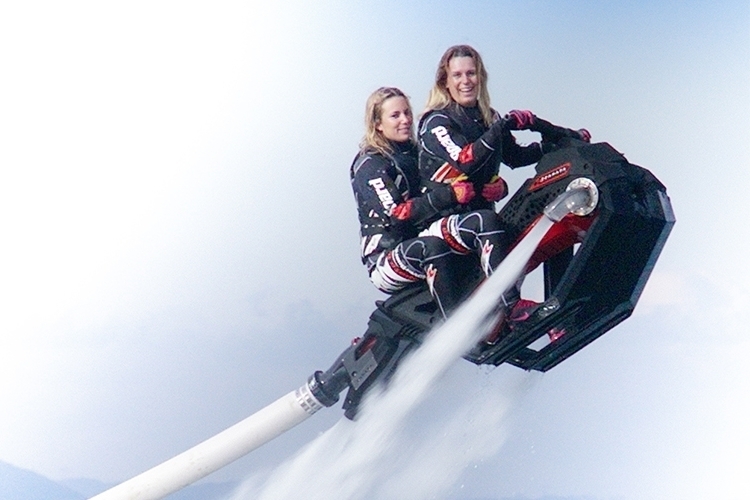 The Zapata Flyride has a saddle that can accommodate a pair of riders, so parents can hop on along with smaller kids who may not be quite ready to ride it on their own. It attaches to PWCs using a jet capture system on the rear, which runs the water down the center before coming out through two jets on either side near the front, propelling the ride to the rider’s desired direction. Since it’s aimed at young and old riders alike (they recommend it for kids as young as five), the ride comes with four settings that adjust the maximum height and speed to better accommodate each type of rider. There’s also a wireless remote that allows you operate the ride remotely when your children are on it.

You know how Zapata has been making prototype hoverboards as of late? Well, some of their innovations on that end are coming here, specifically in the form of gyroscopic balance assistance and computer-aided flight control. With the new tech, the ride is able to adjust its orientation based on small shifts in the rider’s weight, ensuring that at no point will you need to worry about falling off the ride no matter how crazy the whole thing gets. 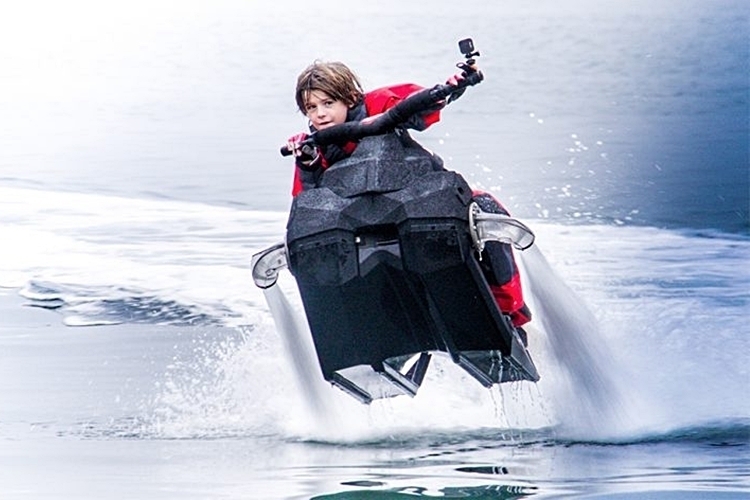 The Zapata Flyride’s handlebars are perfectly functional, by the way, which means you can turn it left or right to have it move towards that direction. There’s also a special barrel roll button that will automatically spin the ride with a single push, although the ride needs to be a certain height above the water before triggering the move. 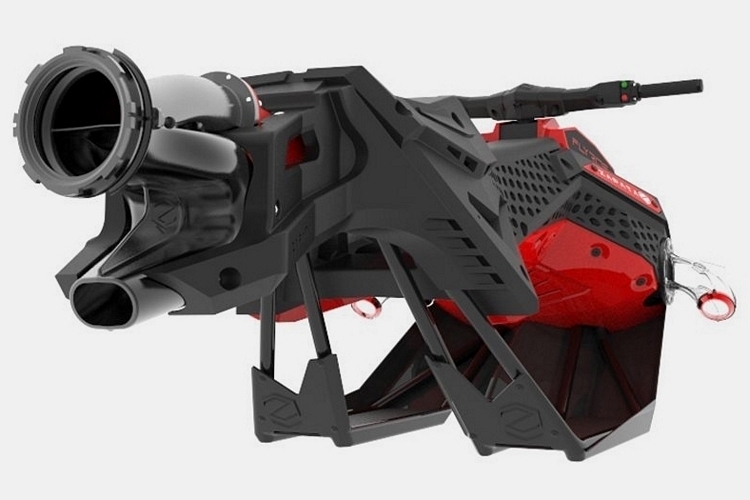 It can work with any personal watercraft between 155 and 400 horsepower, although it requires a 300-horsepower motor at the minimum to reach the ride’s full potential. When set up with such a motor, it can support up to 440 pounds of weight, all while reaching top speeds of 22 mph. The battery, by the way, is good for up to seven hours of riding time, so you can have a good load of fun on this thing before having to recharge the 8,000 mAh battery.

Want one? The Zapata Flyride is available now, with prices starting at $5,500.