Zeppelin Macchiato Mini Synth: This Keyboard Synth Fits In The Palm Of One Hand 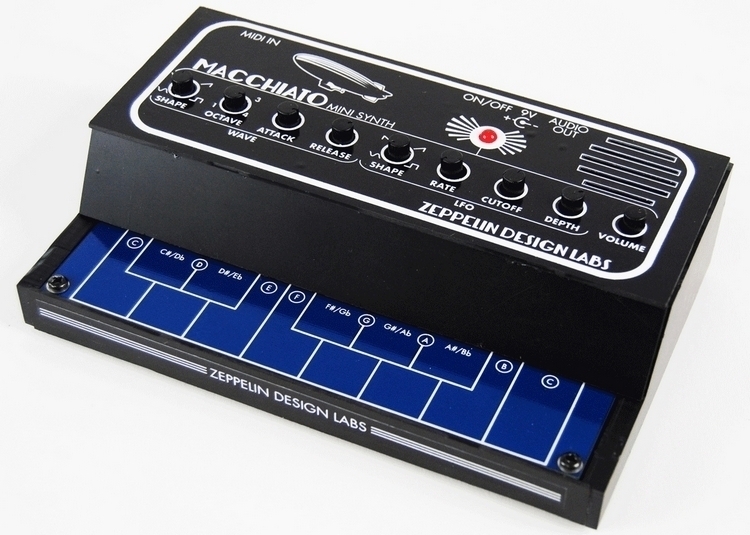 It’s not as small as the Pocket Operator. If you want a compact keyboard-style synth for making music on-the-go, however, you can’t go wrong with the Zeppelin Macchiato Mini Synth.

Sized to fit in the palm of your hand (barely, by the way), it’s an 8-bit synthesizer with an integrated 13-note capacitive keyboard, so you can fashion tunes in a more familiar manner.  It also looks like a proper synth, especially compared to the calculator-slash-breadboard aesthetics of the Pocket Operator. 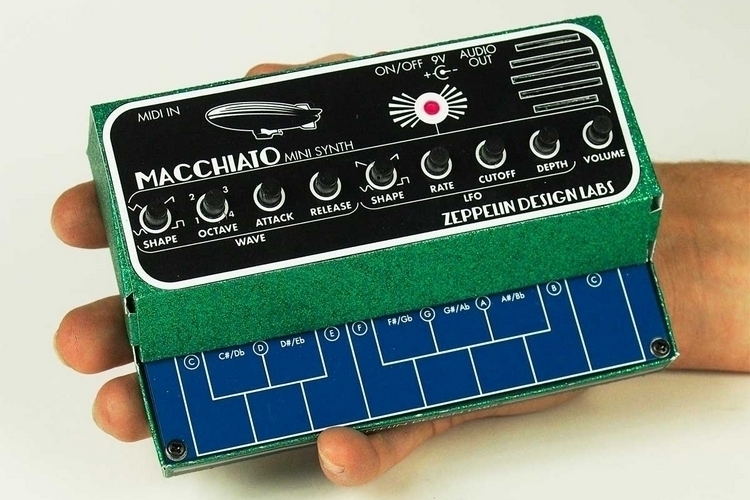 The Zeppelin Macchiato Mini Synth pairs the capacitive keyboard with eight control knobs for shaping the sound it puts out, with an additional knob for adjusting the volume. It has a 1-inch onboard speaker driver for pumping out audible sounds, with a 3.5mm jack for hooking up to bigger speakers. A MIDI input allows you to control it from a different MIDI device, while a 9V battery powers the entire thing. Alternatively, you can plug it in to a power outlet for tethered play. Features include four wave shapes, four LFO shapes, four octave shifts, and support for the Mozzi Sound Synthesis Library for Arduino, which lets you write code to modify the synth’s functions and flash it directly. 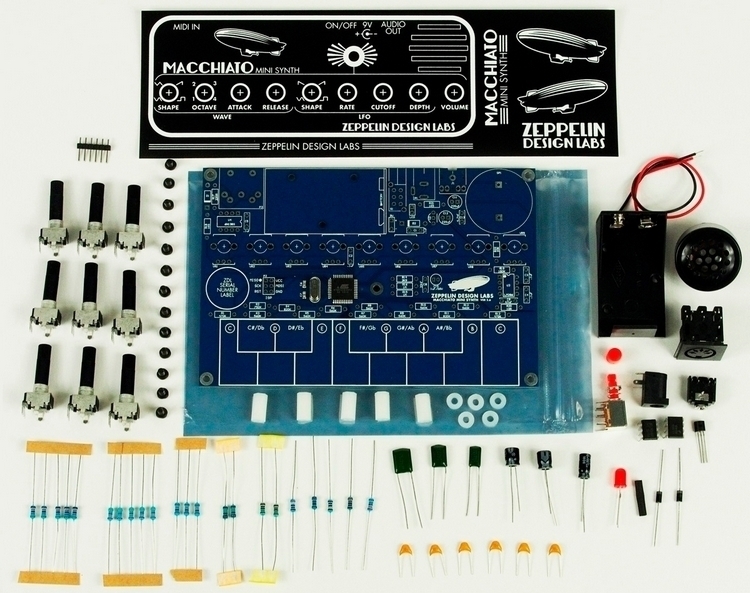 The Zeppelin Macchiato Mini Synth is available either as a ready-to-play synth or a DIY kit, for those who like to tinker with their instruments inside-and-out. Pricing is set at $96 for the ready-to-play version and $39 for the DIY kit.