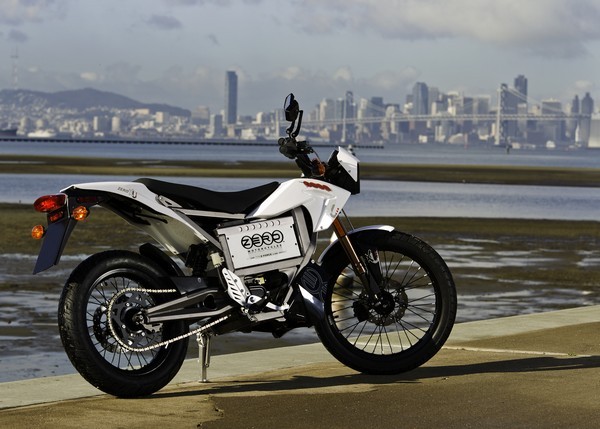 Plug-in electric bikes are great.  Until you run out of juice halfway back home because the parking lot didn’t have any outlets for you to charge from.  That would not have been a problem with the Zero Xu, an electric motorcycle with a pull-out  rechargable battery module that you can take with you.

The latest addition to Zero Motorcycles’ 2011 lineup, the electric commuter differs from its brood (the Zero S and Zero DS) by being designed for inner-city use.  That means a shorter range, sub-50mph speeds and low driving costs, all while integrating the same lightweight build and sporty aesthetics of its slightly bigger stable mates. 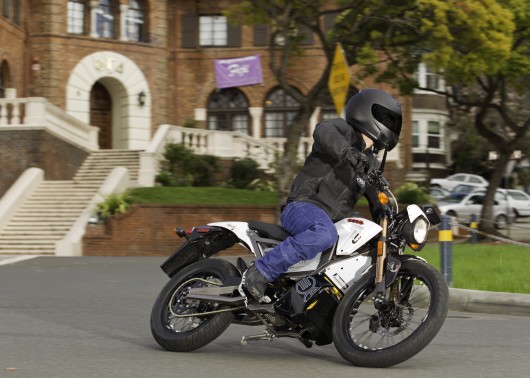 Unlike the S and DS models, whose batteries are tightly integrated in the frame, the Zero Xu’s battery module is exposed.  This is so you can quickly pull it out for off-bike recharging, such as at your desk while you’re in the office (you’ll need a standalone charging system that the company also sells, by the way).  To keep the size and weight of the battery manageable for carrying manually, the bike only gets a 2kWh pack — a far cry from the 4.4kWh found on its two older siblings.  Even then, it’s still bigger and heavier than a regular car battery, so don’t expect a comfortable time hauling this around. 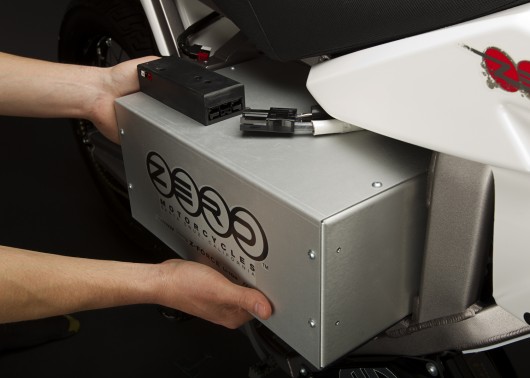 Chassis design is drawn from motorcross bikes, which would allow for an exposed battery module that’s easily accessible for pulling out.  An aluminum locking frame does add a layer of protection, so no one can easily swipe the battery in case you leave it in while parked.

Shipments for the Zero XU begin in March, with pricing set at $7,995.