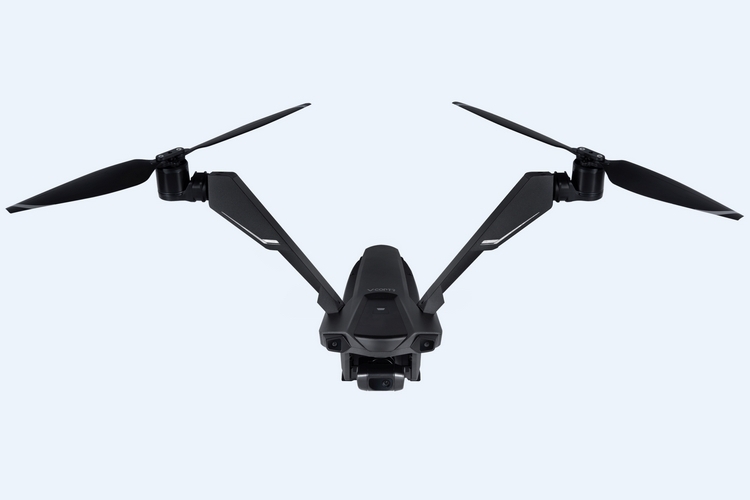 Equipped with a V-shaped dual-rotor propulsion system, the drone makes a marked departure from the prevailing design in the market, giving it a distinct appearance that should be quite refreshing to longtime drone users. Will it be quadcopter drones? We don’t know, but the novelty of new design is definitely quite welcome in our book. 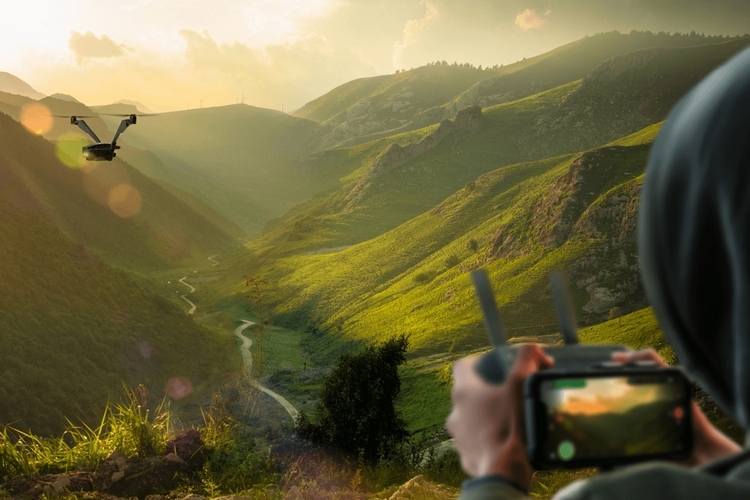 The Zero Zero V-Coptr Falcon is equipped with a new dual-rotor propulsion that, the outfit claims, is more efficient compared to quadcopters of the same size carrying the same payload. That means, it puts less strain on the battery, allowing this drone to stay in the air for up to 50 minutes on a battery module no bigger than those on traditional quadcopters. With only two rotors equipped with a new patented propeller design that creates lift with higher efficiency, the drone also produces less noise, making it far less loud than similarly-sized units in the market.

It uses the outfit’s tilt rotor technology, which incorporates a new industrial design, nonlinear dynamic modeling, and control algorithms that allow it to be very agile while staying very stable up in the air. Truth be told, we don’t completely understand what that means, but we’re just assuming it uses some automated mechanisms to help you pilot this thing in the most efficient way possible. Like many modern drones, it comes with obstacle avoidance via the outfit’s Visual Inertial Odometry (VIO) and a front-facing stereo camera, which allows it to map its surroundings, detect obstacles, and avoid collisions. Do note, since all of these are done as the drone is in flight, it loses the ability to make proper avoidance calculations when flying at higher speeds. 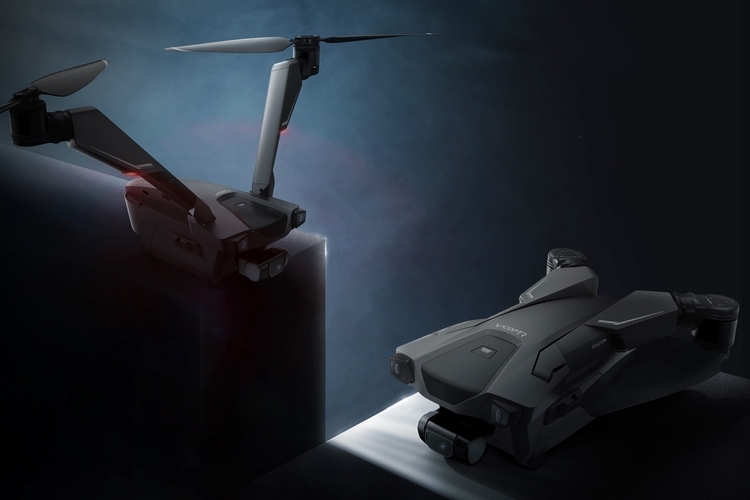 The Zero Zero V-Coptr Falcon has a 12-megapixel CMOS sensor that captures 4K video at 30fps, 2.7K video at up to 60 fps, and 1080p video at up to 120 fps, so you have a full HD slo-mo option in aerial video recording. A three-axis gimbal with an 80-degree yaw control range and a 90-degree pitch range stabilizes all the footage that you shoot, ensuring your videos look stable without needing plenty of adjustments during post-production. It only has 8GB of internal storage, although there’s a microSD card slot that supports up to 256 GB if you want to store more footage. 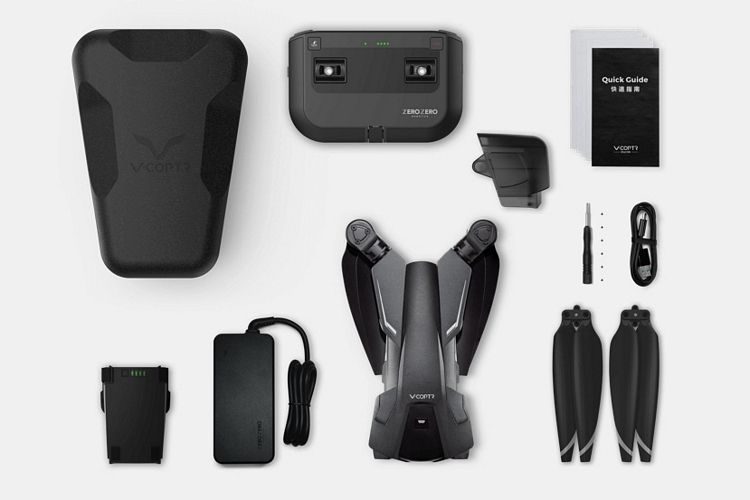 Naturally, it gets visual tracking algorithms (auto-follow), so you can just mark a subject and have it automatically track it for the rest of the shot. It also comes with pre-programmed flight paths that you can use to make planning your aerial shots just a little bit easier, complete with post-editing templates to make those shots even more cinematic.