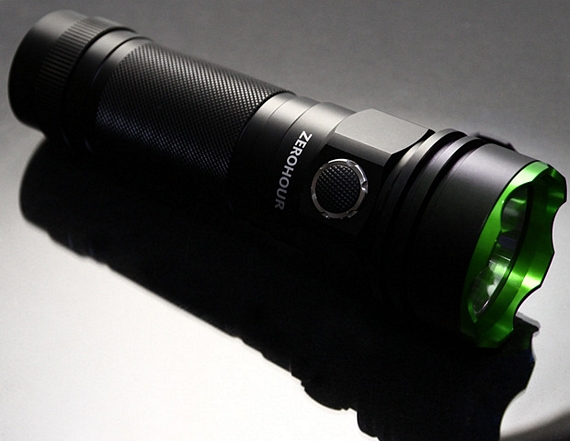 Tactical flashlights are awesome.  They’re light, compact, and powerful enough to serve a variety of uses.  In fact, i’d go so far as to say a tactical flashlight should be a fundamental component in any man’s everyday gear.  And while there are plenty of tactical flashlights offered in the market, the Zerohour differentiates itself by doubling as a USB charger for replenishing your energy-starved gadgets while you’re out on the road.

As a tactical flashlight, it’s as good as any you can find — 1,000 lumens of brightness held inside an aircraft-grade aluminum and stainless steel case measuring 7.2 x 2.2 inches (l x d).  It’s rugged, dust-proof and waterproof (submersible in depths of up to one meter),  with gold-plated internals for higher corrosion resistance.  The ridged LED housing will stay cool to the touch, too, so you can use it for extended periods without causing any discomfort. 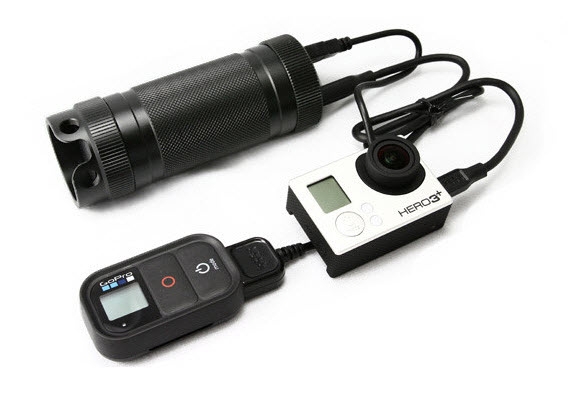 What makes the Zerohour special, though, is the USB charging capability.  Armed with a 10,000 mAh battery array (three 3,400mAh batteries) and a pair of USB ports (one 1.5 amp and one 2.1 amp), you can use it to keep your phones, tablets, action cams, smartwatches, and other gadgets running even without a nearby wall outlet.  Even better, all three batteries are removable, so you can replace them when they start degrading in a few years instead of having to buy a new flashlight entirely.  It can function even if you remove up to two of the batteries, allowing you to use the remaining space inside the case as a storage area for small items (like keys, cash, and survival supplies). 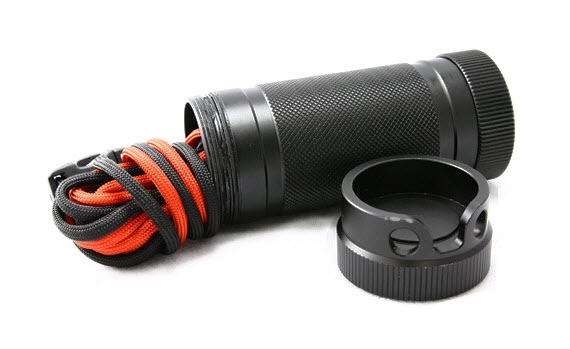 Zerohour is currently raising funds for a production run on Kickstarter.  Pledges to reserve a standard unit starts at $160. 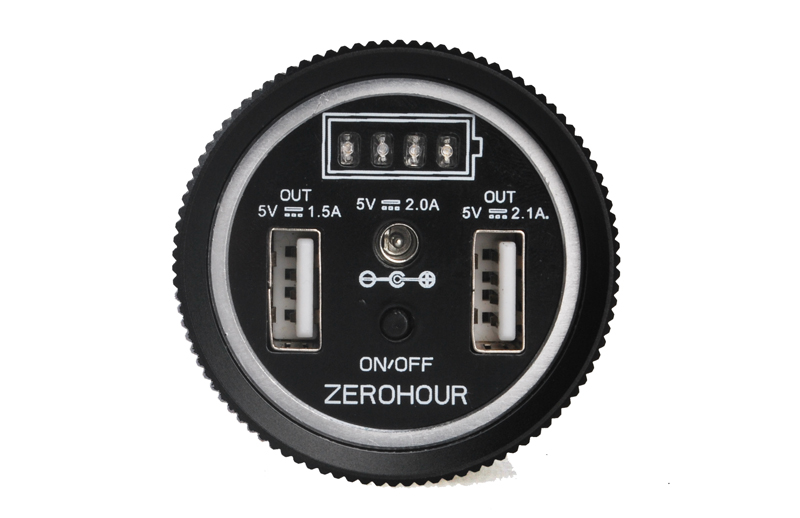