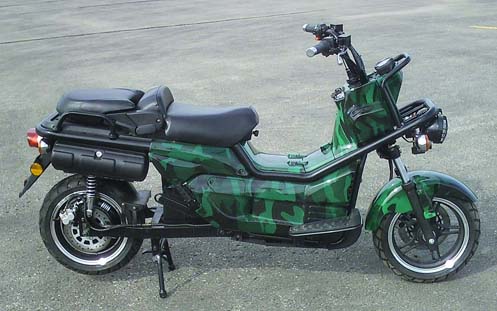 Designed as dual-purpose on-road and off-road bike, it was originally fashioned for delivery services and police use.  Not long after, folks wisened up to the electric two-wheeler’s other potentials.  Park rangers, for instance, appreciate the lack of a hot tail pipe, which has been known to cause forest fires;  hunters appreciate the electric motor’s noiseless operation; and folks generally love the cargo-hauling capabilities, leading some fans to call it “a two-wheeled pickup truck.” 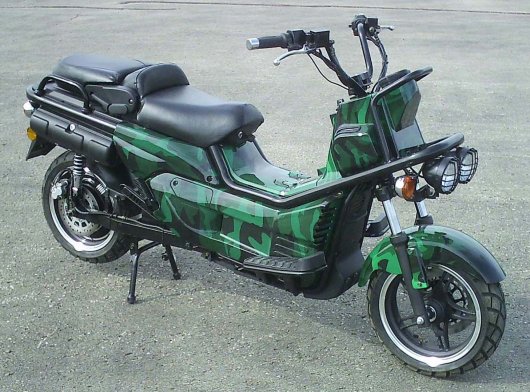 The ZEV Trail & Utility scooter comes in two models, 5100 and 6100, which are generally similar, save for a few performance differences.  Built for rugged operation and larger than your traditional toy scooter, both have a 1.65-inch OD frame tubing and a 60.62-inch wheelbase, paired with a low center of gravity and overall lightweight construction. 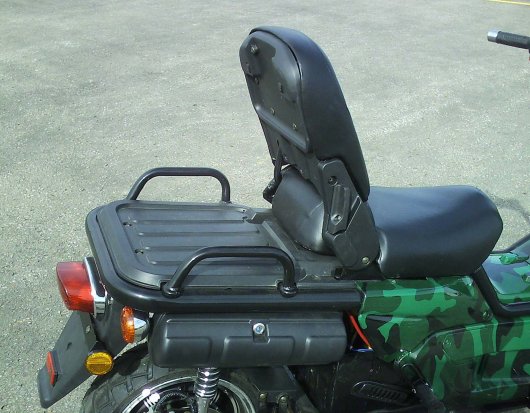 Features include an 11.8-inch OD hub motor producing 183 lb-foot of torque, a big rear seat that flips up to become a backrest, a sliding front seat, a heavy-duty load rack for hauling equipment, lockable storage boxes on the sides of the rear and a full digital instrument panel.  Designed for extended road use, they have the biggest battery panels among current electric scooters, with the 5100 packing a 4.32kW array with 70 miles of range and the 6100 fitted with a 5.04 kW set with 85 miles of traveling distance.  The 5100 can run at a top speed of 50mph, with the 6100 going up to 58mph.