ZEV7000 Claims To Be The Fastest Production Electric Scooter 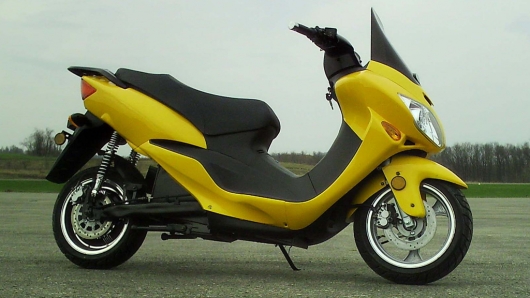 American motorcycle manufacturer ZEV recently showed off their new ride, which they claim to be the fastest and most powerful production electric scooter in the market. Called the ZEV7000, the bike has a listed top speed of 70mph.

Personally, I’ve had it with these claims of being the fastest electric scooter in the universe. It’s not as if people are buying battery-powered vehicles, much less scooters, because they’re batshit-crazy speed freaks.  It’s like netbook buyers arguing about which one of their computers has a better shot at running Crysis, you know? However that being said, any one who has test driven ZEV vehicles seems to love them. 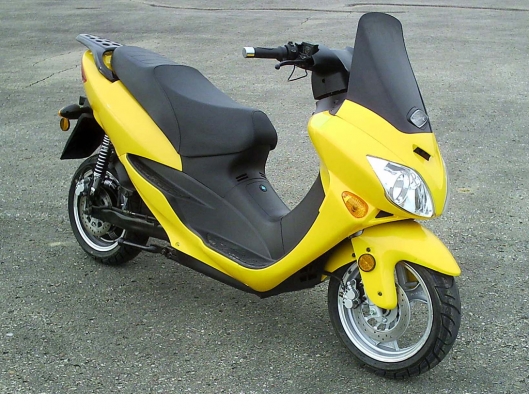 The 759-lb ZEV7000 puts out a continuous output of 7kW, with a peak power of 8kW and a launch power of 14kW. It boasts a peak torque of 184Nm, courtesy of its large-diameter multiphase motors, which places a heavy emphasis on component cooling. According to ZEV, its cooling mechanism is what allows the bike to run at high speeds without adverse effects, such as excessive battery use, component damage and corrosion.

Range is between 62 to 83 miles to a two-hour charge, which sounds like a good deal for those who will use the bike for regular work commutes and weekend runs. This range can even be extended by using the three-speed “electronic transmission,” which lets you conserve power by choosing how many amps the motor will run in. Other features include regenerative braking, a low-mounted battery pack (6.5 inches from the ground) and a generous two year warranty.

While we question the argument about speed, there is one thing the ZEV7000 definitely beats other electric scooters in the market, though: price. It’s currently available for $7,237.