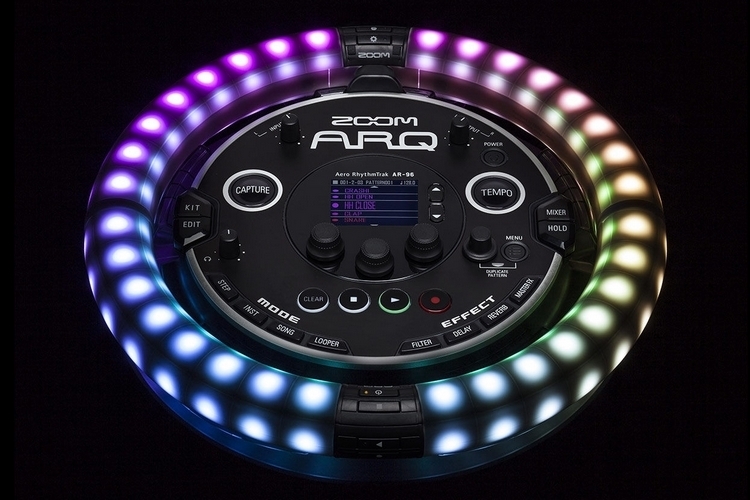 We’ve seen plenty of music production and performance equipment that bundle electronic music-making instruments in a single rig. Despite that, we can definitively say we’ve never quite seen anything like the Zoom ARQ Aero RhythmTrak.

Like other all-in-one electronic musical instruments, you can use it as a drum machine, a MIDI controller, a sequencer, a synthesizer, a clip launcher, and a looper, whether in a studio or in a live performance setting. Unlike them, it has a removable ring-shaped controller that looks like a high-tech tambourine with a built-in accelerometer for controlling your music using simple gestures and movements. 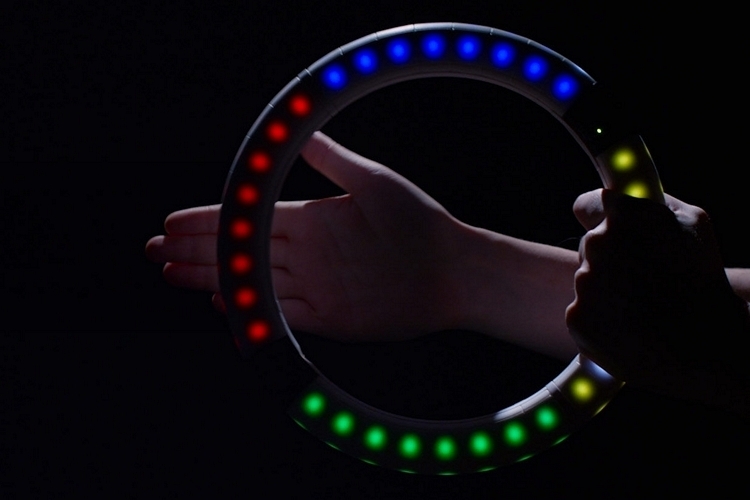 The Zoom ARQ Aero RhythmTrak consists of two things: the Ring Controller and the Base Station. The Base Station serves as repository for all the sounds, any of which can be easily triggered using any of the 96 velocity- and pressure-sensitive pads scattered throughout the ring controller’s body, with the accelerometer allowing you to physically alter the effects parameters using movements and gestures. A total of 468 drum and instruments sounds, 70 synthesizer sounds, and dozens of digital effects come preloaded on the device, with an SD card slot for adding new sounds and a USB port for hooking up to a computer. 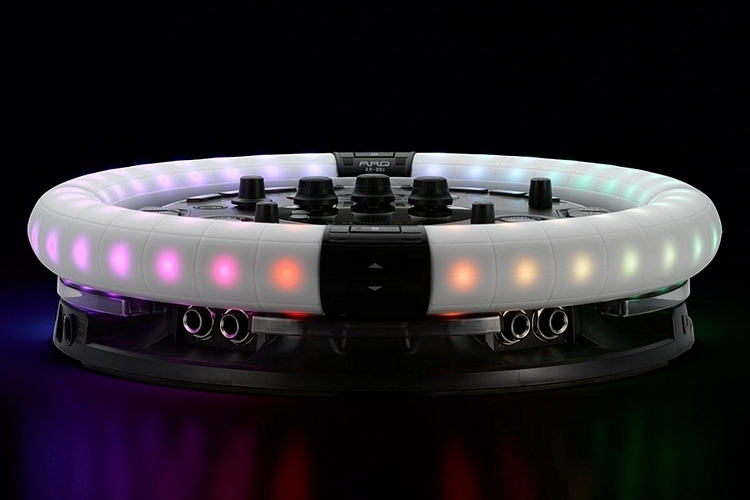 Grip detection tech on the Ring Controller ensures you don’t accidentally trigger any of the pads while holding it in hand, with dedicated buttons on the top and boot for various control functions. It comes with an onboard battery that wirelessly charges every time you set it down on the base station.

Slated for release in April, the Zoom ARQ Aero RhythmTrak is priced at $599.99.