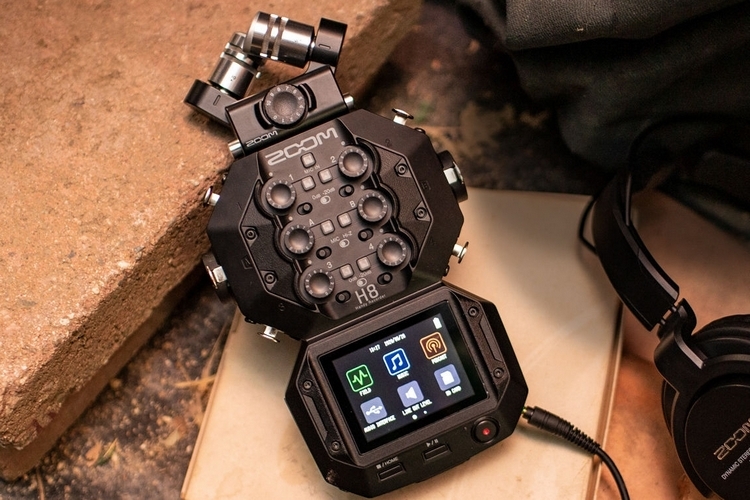 We’ve seen a couple of Zoom’s handheld recorders before. They’re impressive as heck, allowing you to capture high-quality audio anywhere you are. For a time, their four-track H4n recorders became a near-ubiquitous presence among DSLR filmmakers, too. The new Zoom H8 picks up where the H4n and H6n left off, bringing multi-functional recording talents aimed at the current generation of content creators.

No, this isn’t your run-of-the-mill voice recorder. Instead, this is a feature-packed portable recorder that’s modular, expandable, and customizable, allowing it to be easily tailored to any type of content you’re creating. Whether you need a sound mixer for a product shoot on the beach, a recording tool for your brand new podcast, or a way to capture the energetic music at the next live show you attend (yes, we don’t know when that will be, either), this thing should prove to be capable enough to get the job done. 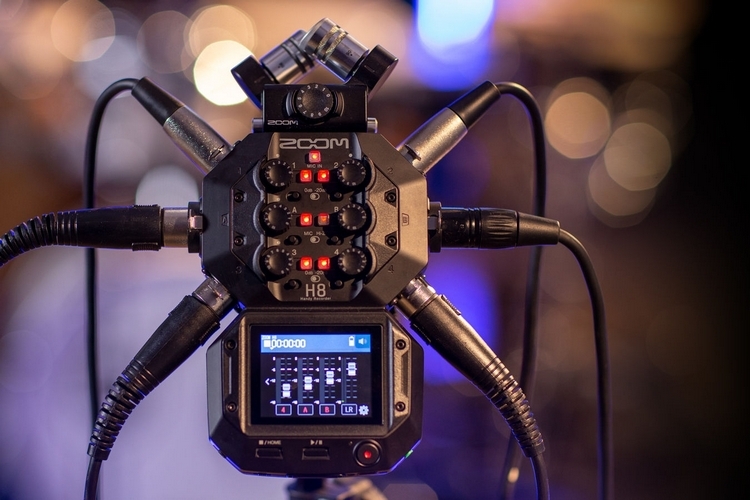 The Zoom H8 has a complicated-looking form factor with a touchscreen at the bottom, a series of knobs and inputs in the middle, and microphones at the top. Suffice to say, this pushes the limits on portability and handheld use. The flipside of that is, it pushes the range of functions a portable audio recorder can handle, too. See those mics at the top, for instance? It’s called the XYH-6 Mic Capsule, which combines two matched unidirectional mics for capturing sound directly in front of the recorder. Well, that capsule is a removable module and can be replaced with any of the outfit’s other capsules for easily using new microphone systems.

There’s a module called the XAH-8, which combines a pair of matched microphones that can be placed in either XY or AB pattern, as well as the VRH-8, which uses four condenser mics to capture audio a full 360 degrees and an Ambisonic decoder to provide real-time conversion to save you time during post-production. Lastly, they offer an EXH-8 module that adds four XLR inputs on top, in case all the other inputs below aren’t enough. 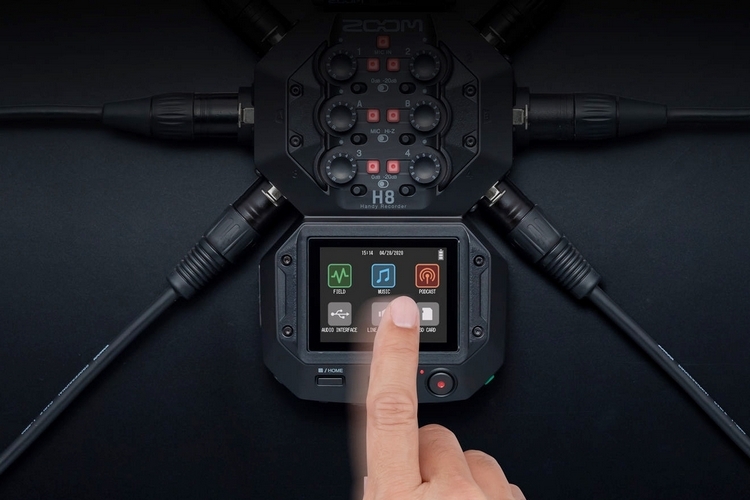 The Zoom H8 has six built-in inputs, namely four XLR and two XLR/TRS combo jacks. Paired with the EXH-8 module, that adds up to 10 total inputs, so you can plug in a whole host of mics, musical instruments, and other line level signals into this thing. And yes, it should handle those 10 inputs with relative ease, as the darn thing is capable of recording up to 12 tracks simultaneously. There’s also a 1/8-inch headphone output for monitoring the audio and a dedicated stereo line output for hooking it up directly to your camera. 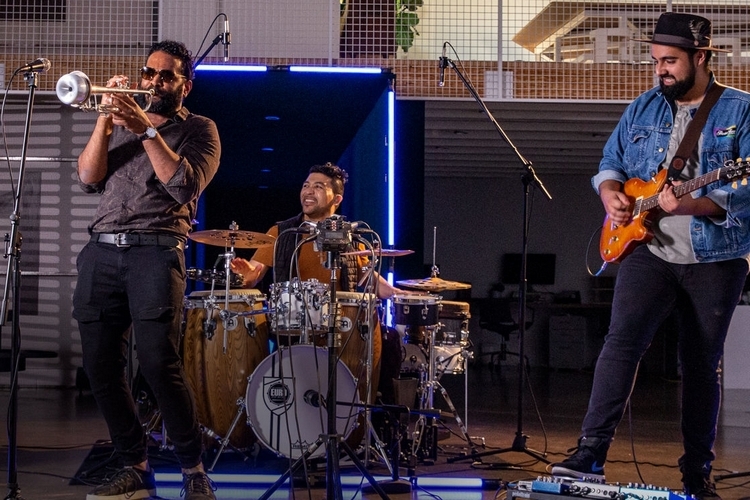 As you can imagine, things can get complex with this many inputs and they offer a clever solution for it: apps. That’s right, the small screen at the bottom of the device is designed to launch and run different apps based on the kind of recording you’re doing. There’s a Podcast App, for instance, with dedicated sound pads, sound effects, music beds, and, of course, the option to load your own sounds via SD card, while the Music App puts audio levels, faders, and other music controls onscreen, along with access to an assortment of amps and effects. There’s also a Field App that you can launch for filmmaking, recording lectures, and similar applications. It powers using four AA batteries, a fresh batch of which can last it for 15 hours of use.