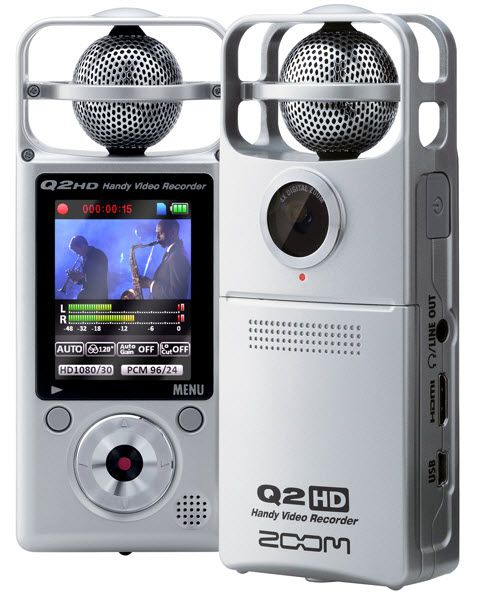 Pocket cams may be a dying category, but that doesn’t mean they’ll go away completely.  At least, not until cellphones manage to do as good a job as dedicated gadgets like the Zoom Q2HD, a new pocket camcorder that steps up the game in both recording and streaming fronts.

While we love the 1080p video recording, the audio capture is what really stands out here.  It’s billed as the “first handheld camcorder” to offer mid-side stereo recording, which combines a unidirectional mid mic and a bidirectional side mic to pick up all audio from the front, left and right sides of your immediate environment, making it ideal for recording live shows and larger scenes.  The side mics can be adjusted to control the width of the stereo field, as well, giving you plenty of flexibility in your recordings.  In fact, the sound recording ability is so good, you can use it as an audio recorder on its own. 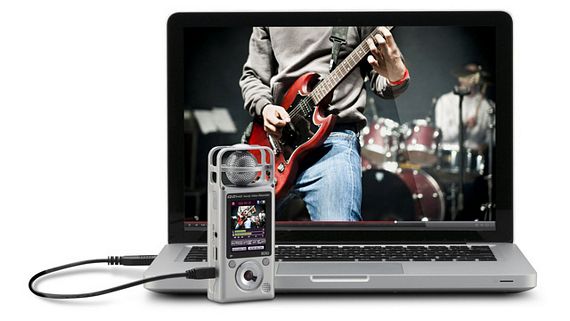 The Zoom Q2HD stores its recordings in MPEG-4 AVC/H.264 format, allowing easy playback when hooked up to any PC.  Even better, you can hook it up to a computer for live streaming duties — it will work right out of the box with Ustream Producer, Flash media Live Encoder, Skype and other popular streaming apps.  Granted, it’s far from the smallest pocket camcorder in the world, but the 51 x 126.9 x 35 mm dimensions aren’t too shabby for all that power.

It features built-in video editing, allowing you to chop up videos right on the device itself.  There’s a built-in speaker, too, so you can play back finished shots with full visuals and sounds.  Other features include lighting selection, mini-HDMI (yep, you can hook it up straight to a TV) and SD card support (up to 64GB).  It runs on readily available AA batteries, so you don’t need to worry about finding an outlet to charge from during extended shooting sessions.

Slated for availability later this month, the Zoom Q2HD will retail for $200.