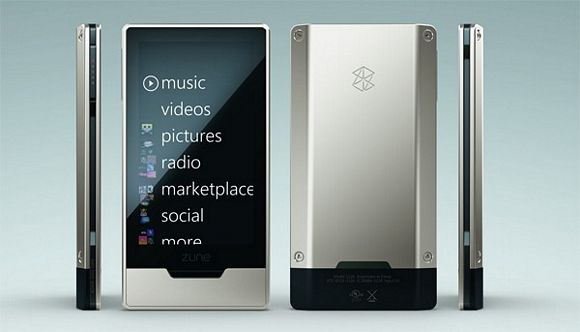 Microsoft’s officially back on the music player block, after what seemed like imminent death for the Zune brand.  They’re making the return in a huge way with the Zune HD, a stylish-looking media-centered handheld that’s being positioned as a competitor to the iPod Touch.

There’s a lot of buzz going about Microsoft’s new device and for good reason.  Powered by the HD-packing, power-saving Nvidia Tegra, it brings a full range of hardware capabilities on a very small package.  In case you’re not familiar with Nvidia’s system-on-a-chip, it fits in an 800MHz CPU, an HD video processor, an imaging unit, an audio processor and a full-featured GeForce GPU all on a single panel.

With a core hardware like that, it isn’t surprising to see the range of the Zune’s capabilities.  Features include a 3.3-inch OLED touchscreen display (480 x 272 pixels, 16:9 aspect ratio), built-in HD radio, 720p video processing (with HDMI connectivity via a separate dock) and the usual music capabilities.  It comes with a full HTML browser on board, optimized to support multi-touch and zooming gestures, along with several wireless services that users can enjoy over Wi-Fi (such as song sharing and Channel streaming).

While it won’t be running Windows Mobile, Microsoft has been very vocal about their plans to extend the device’s functionality by encouraging third-party apps development.  All that, of course, apart from the additional video and music content available from the Zune Marketplace.

The Zune HD is scheduled to launch by September 15, with prices pegged at $219.99 for the 16GB version and $289.99 for the 32GB model.  Apple, by the way, is expected to announce new iPod Touch devices around a week or so before that release date, potentially paving the way for another round of market hostilities between the two companies.