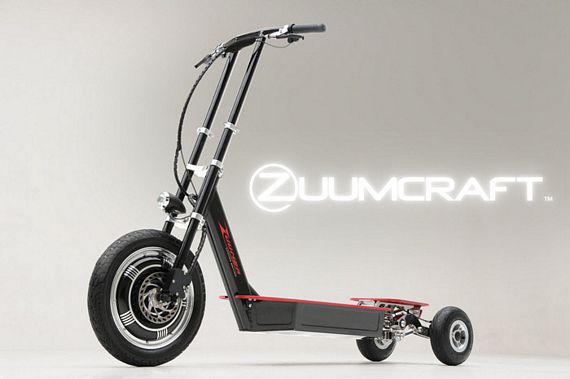 Personal mobility transporters have always been good in theory.  In practice, though, mass adoption for vehicles like the Segway just doesn’t seem to be in the cards.  Still, a future where we all travel in small, single-passenger pseudo-vehicles is an attractive one and that’s why we’ll keep seeing new variations pop up.  One of the more interesting ones we’ve seen is the Zuumer.

Billed as “an innovative personal transport solution,” it actually seems like a variant of a motorized kick scooter with a special twist: it can lean when banking corners.  Sure, that doesn’t really make it any more efficient for getting you from home to work, but it sure will make all those rides back and forth a heck of a lot more fun. 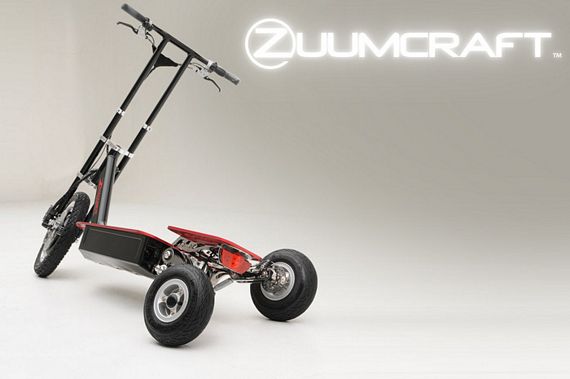 The Zuumer is a three-wheeled vehicle that’s ridden in an upright position, much like a kick scooter, so there shouldn’t be a steep learning curve.  It comes with a 1000W brushless hub motor powered by two lithium-ion batteries that can send it running for up to 20 miles.  The batteries are easily replaceable, so you can simply lodge in a backup pair in case you run an empty charge while on the road.

The big feature is the patented Integrated Steering Dynamics, in which both the front and rear wheels control direction.  That three-pronged action enables it to lean like a motorcycle even at less-than-motorcycle speeds, all while registering better traction than a car.  Features include a four-hour charging time, a max speed of 20mph, and the ability to support maximum weights of 300 pounds.

While the Zuumer has been under development for several years, they’re still one more step away from going into production.  Right now, they’re collecting funding for the first run from Kickstarter, where you can secure yourself a unit starting at $2,300.