Apptivity Fortress For iPad Brings Real-World Play And Apps Together 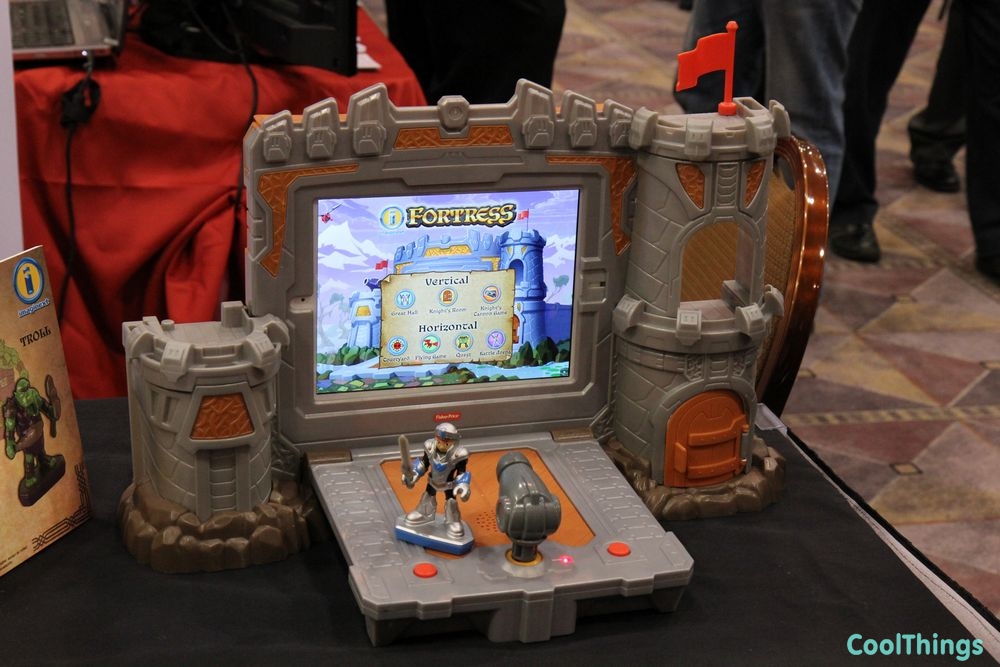 Fisher-Price has a bunch of toys at this year’s CES that attempt to bridge the gap between digital and physical play.  Our favorite of the lot has to be this Imaginext Apptivity Fortress, a toy castle with an integrated iPad slot that allows for some truly engaging play.

Designed for kids, the toy combines a real-world playset with a virtual app that all revolve around a fortress theme.  To use, you need to download the similarly-named game from the App Store, start it up and put the iPad into the slot at the center of the fortress.

Two play modes are available: upright and lying down.  In upright mode, the app takes you inside the fortress, with all adventures occuring within its walls.  You can explore the space, entering rooms and interacting with the various items in the background.  There’s also a battle mode where trolls, evil knights and other nefarious creatures attack you.  In this situation, simply attach a cannon to the base and begin firing at your approching enemies.  When laid down, the app changes to games that take place outside the fortress throughout the Imaginext Kingdom.  There’s a wide variety of them, including games of flight, combat, and quests. 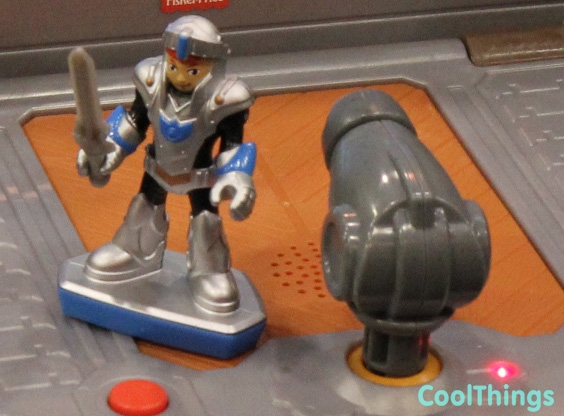 The actual Imaginext Apptivity Fortress playset features one side of a castle with a pair of turrets, a drawbridge, a knight character figure, and a cannon.  Both the knight and the cannon can be used in some of the game modes (their positions are recognized by the front-facing camera), while your friends can join in on your games by parking themselves behind the fortress (the back-facing camera can capture and include them in the scene).  Additional character figures, each one unlocking a variety of game modes, can also be picked up separately.

Availability for the Imaginext Apptivity Fortress is slated in the Fall, priced at $49.99.  Each additional character (Archer, Wizard, Troll) are priced at $9.99.

Check out the video of the apptivity fortress in action below.