Lego Star Wars Millennium Falcon 7965 set consists of 1237 pieces and comes with six minifigures i.e. Darth Vader, Luke Skywalker, Han Solo, Chewbacca, Obi Wan Kenobi and Princess Leia. This figure set is not same as Republic Frigate which only contains five mini figures.  Also has a flip open roof. Anticipated release is August 2011 with suggested retail price in US of $139.99. Below are some images captured during Toy Fair 2011 in NYC. You can click on the images for a larger view. 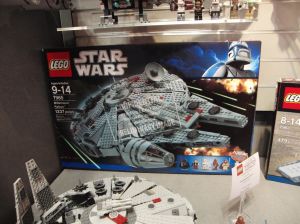 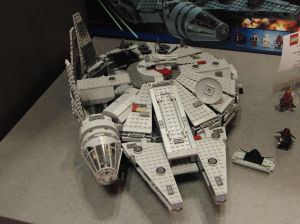 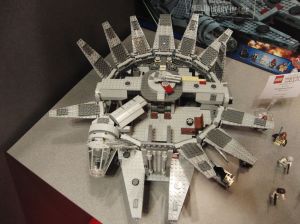 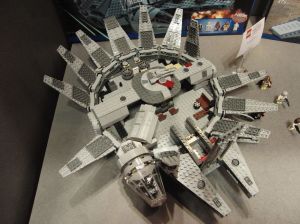