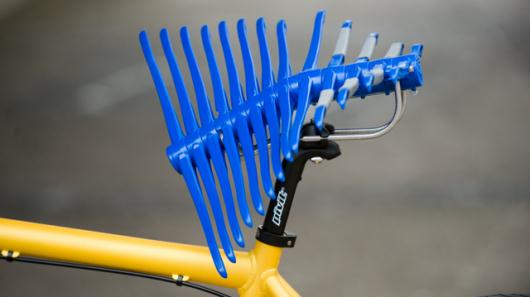 It looks more like the skeletal remains of any random vertebrate, but the Manta is actually a bicycle seat. More than sporting an unconventional design, it’s supposed to spare your rear end from the numbing effect of sitting in a bicycle saddle for extended periods of time.

Unfortunately for long-term cyclists, a case of “numb bum” is the least of your concerns. Instances of neural damage caused by heavy cycling activity isn’t unprecedented, after all. The rib cage-like design of the unique saddle promises to put an end to all that.

The Manta features a series of flexible components that tilt from side to side along a central axle. Consisting of individual protruding “ribs,” each part can adjust independently with your movement, such as moving up or down with your legs, falling forward when you land hard and shifting weight to one side during turns. These adaptations to your motion takes the pressure off from your bottom, particularly the pudendal arteries, prostate and associated nerves, which frequently absorb unhealthy impact during bicycle rides. 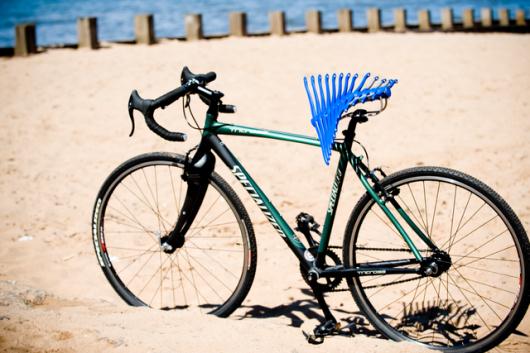 Guaranteeing recumbent-like comfort while sitting upright, it offers as much as four times the support area of conventional saddles, allowing for better weight distribution and minimizing peak pressure points. Its makers claim no saddle will feel more comfortable when hitting bumps and landing hard than this. Oh yeah, your posterior supposedly gets extra ventilation too, so you can expect less sweat down that area after a day’s worth of pedal-pushing commute.

Available with either 9 or 13 elements (depending on how much support you want), the Manta Saddle can be ordered in either blue or black. Price starts at £77.96, including VAT (around $112).