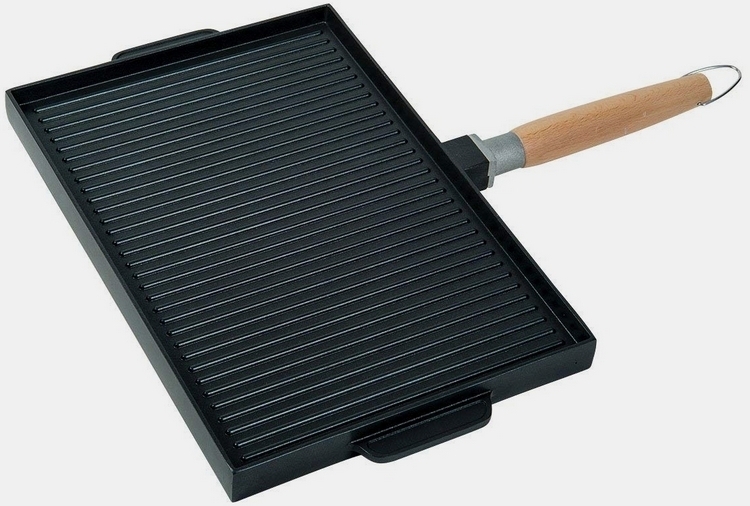 Stovetop grills aren’t new. Neither are stovetop griddles. The MasterPan Double-Sided Grill and Griddle, though, puts both of them in one, allowing you to have two cookware surfaces that take up the same room during storage.

That’s right, it’s a two-sided cookware with a griddle’s flat surface on one side and a grill’s lined patterns on the other.  Whether you need a flat surface for cooking a big batch of scrambled eggs or a grill surface to get those charred lines on your salmon, this single piece of cookware lets you do both with its simple dual-function design. 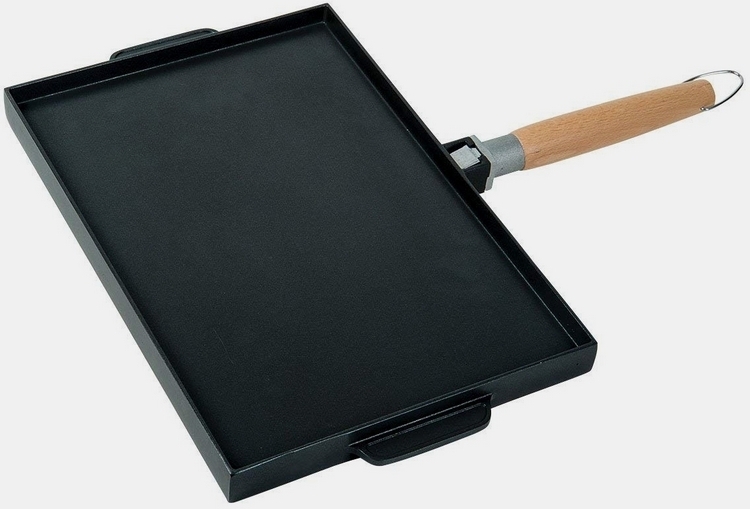 The Masterpan Double-Sided Grill and Griddle comes with cooking surfaces that are recessed, so you can contain any oils and sauces, whether you’re using the griddle or the grill. Construction is aluminum, by the way, so this won’t work on induction ovens, although the raised edges does make it so we’re not sure if the surface will be able to touch electric stoves directly. Suffice to say, it’s probably best to use this strictly with gas stovetops.

It comes with a non-stick and stain-resistant coating on both sides, so there should be no risk of food sticking on the material, regardless of which surface you’re using. Of course, we don’t know how direct exposure to the heat exposure will affect the coating, but given how Masterpan doesn’t seem to be worried, we’re guessing it will work just fine. It also has a removable handle, so you can use it in the oven if you want, although only at maximum temperatures of 350 degrees Fahrenheit. 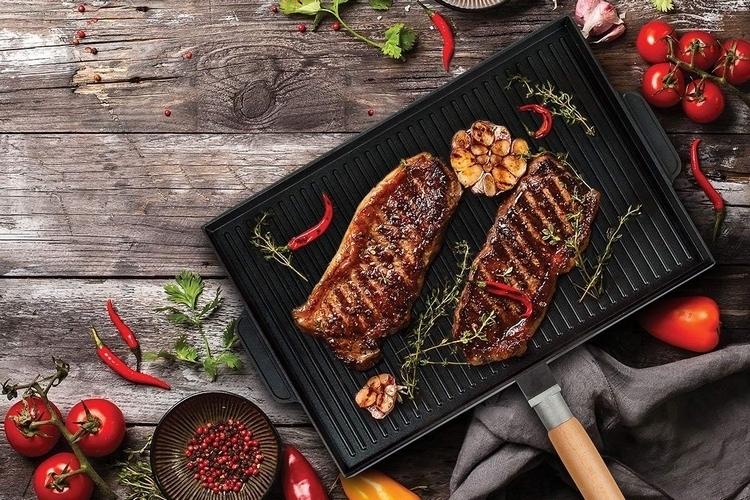 The Masterpan Double-Sided Grill and Griddle has a large cooking surface measuring 10 x 15 inches (depth x width), ensuring this is large enough to cook for an entire family in one go. Seriously, that’s large enough to fry eight eggs at the same time, so this should be plenty useful for both daily meals with the family and special meals with guests coming over.

Want one? The Masterpan Double-Sided Grill and Griddle is available now. 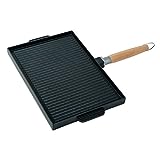