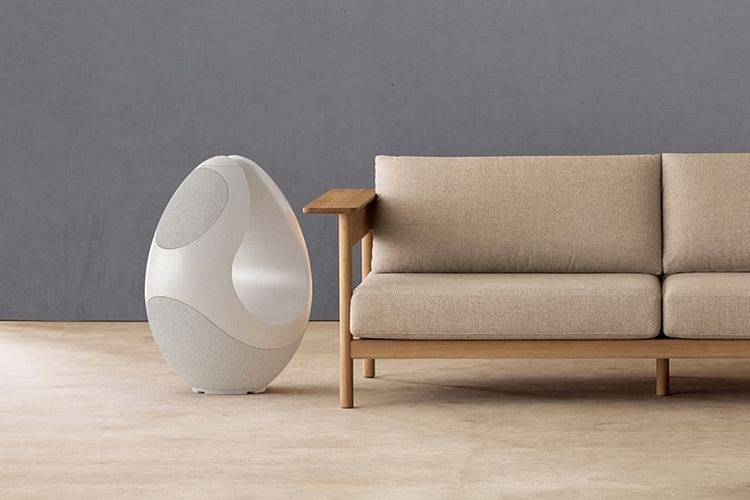 It looks like a modern sculpture. You know, one of those shapely things that evoke emotion while looking abstract enough to encourage all sorts of interpretation. Instead of simply playing a decorative role in your home, though, the Pantheone I pulls double duty as an intelligent speaker, making for a more aesthetically-striking alternative to the visually bland Amazon Echo and Google Home speakers in other people’s homes.

No, it’s not a small speaker that’s designed to sit on a shelf, a side table, or some other raised surface in your home. Instead, it’s a freestanding unit that’s meant to plant its footprint on your home’s floors, making it quite the decorative piece to sit next to the media cabinet, the couch, or an empty corner of the living room. 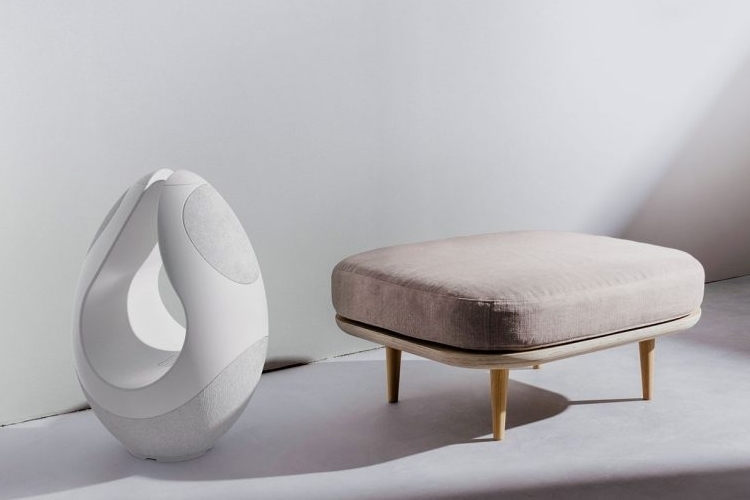 The Pantheone I doesn’t look like a sculpture by accident. Instead, it’s by design, down to the fact that the speaker body is handmade from high-density resin, the same material frequently employed in manufacturing decorative planters and many other ornamental objects. According to the outfit, using this material allowed them to create a smooth, curved shape while exhibiting rigidity and a robust build, apart from its ability to dampen vibrations and enhance internal acoustics. It’s also heavy, which leaves little doubt as to its sculptural nature, with the whole thing weighing a substantial 55 pounds.

Beyond the striking aesthetics, that resin shell houses capable audio hardware speaker inside. Specifically, it gets two 4-inch coated paper cone midrange drivers, four 0.75-inch silk dome tweeters, and two 6.5-inch high-excursion subwoofers. A pair of 130W class D amps power the subwoofers while another pair of 70W amps feed power to the rest of the drivers, making for quite the powerful speaker. It has a built-in DSP, too, giving all of that digital music you’re playing a warm analog boost. 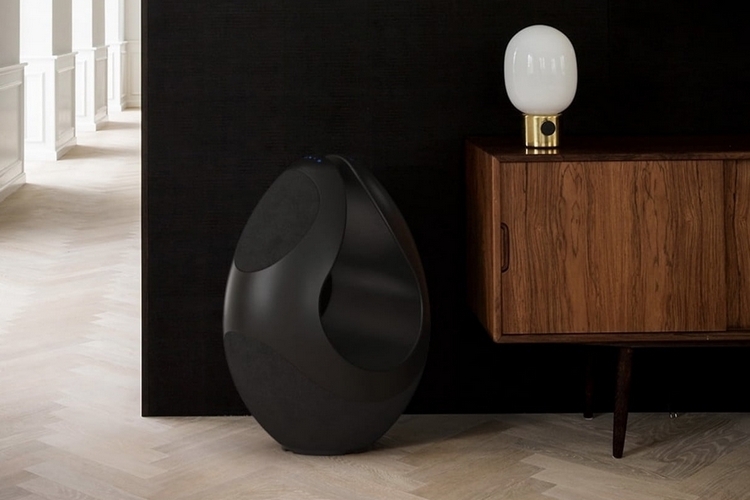 The Pantheone I splits those midrange drivers and tweeters equally between the two vertical sections of its U-shaped body, producing a 360-degree stereo sound that fills the room evenly, while the woofers are loaded in a diametrically-opposed configuration on the bass reflex chamber at the lower section, where they eliminate mechanical vibrations and deliver a thudding bass sound. All sections where sound pushes out are covered with high-quality acoustic fabrics. 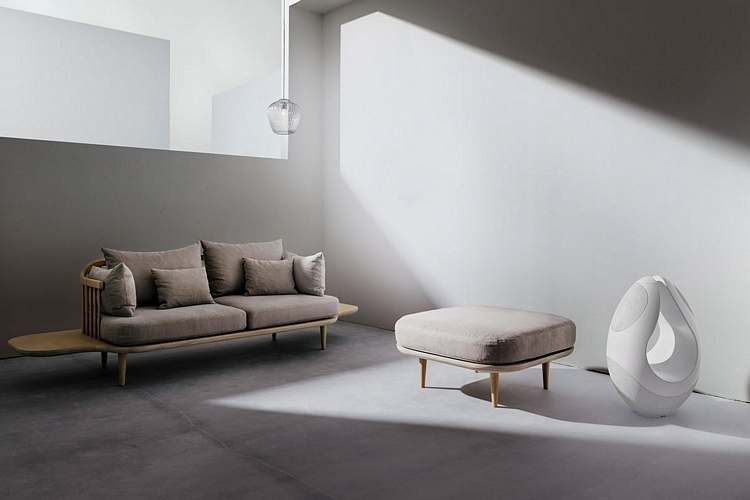 It comes with an AUX connection for tethering a music source, Bluetooth 4.2 for streaming music from any of your devices, and Wi-Fi, so it can hop straight onto your home network. Over WI-Fi, it can stream tracks up to 24-bit/192K. Being a modern speaker and all, it comes with Amazon’s Alexa onboard, so you can talk to your fancy speaker like it’s an intelligent robot assistant, all while supporting multi-room use with up to seven other fancy speakers of its ilk. It doesn’t appear to include a remote, although it has a companion app (iOS and Android) that you can use to control the speaker without having to walk up to it each and every time. Dimensions are 25.7 x 18.1 x 17.2 inches.