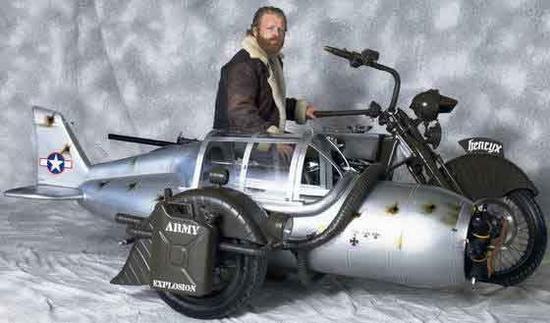 Ever wanted to take over a fighter plane, land it on the highway and drive it like a giant monster truck?  That’s not exactly what happens when you hit the streets on this World War II Messerschmitt ME109 Fighter Plane, but you can always dream.

Since operating a plane on the road is not only illegal, it’s downright suicide, the fighter jet in the photo is just a reproduction.  It also doesn’t run on its own.  Instead, it’s actually a sidecar that’s coupled to a Yamaha Wild Star Cruiser.  Doesn’t really matter, of course, cause it’s freakishly gorgeous. 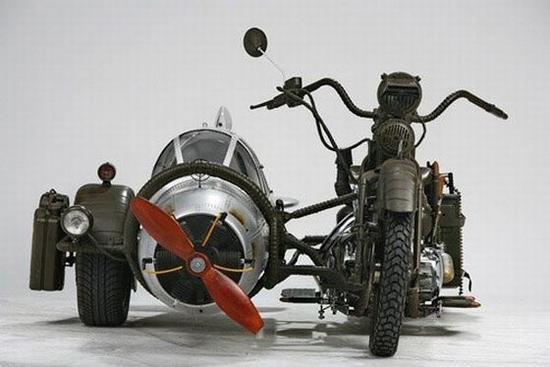 Created by Hungarian bike builder and Wild West theme park owner (yep, sounds like a swell guy) Henrik Toth, the sidecar is custom-built by hand.  It’s disguised as a WW2-era German fighter plane, so watch out Allied Forces – it’s coming after you.

Unfortunately, the plane doesn’t do anything special that a regular sidecar won’t.  As such, don’t expect it to fly you home (in case you manage to steal it from his garage).  Heck, the propeller in front doesn’t even move, so you’re really just stuck with the baddest-looking sidecar this side of the Nazi downfall – still damn cool, though.

Henrik has a bunch of other T-motor sidecars up on his site, apart from photos of his surreal Wild West theme park (with a bunch of motorcycles strewn about).  Link below.