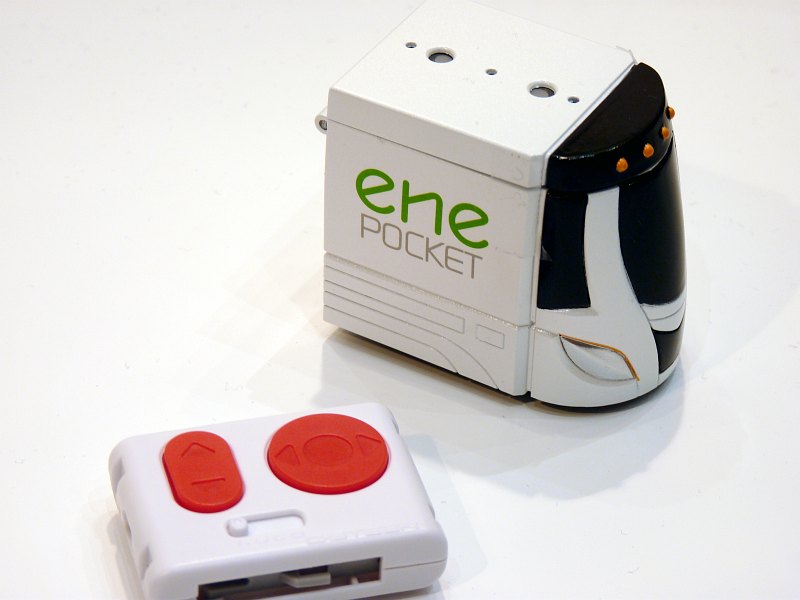 Your soda, iced tea and orange juice literally substitutes for fuel, as the toy uses Sony’s Bio Battery to draw power.  If you’re not familiar with that, it’s a liquid battery technology that uses enzymes to digest glucose, converting it into usable energy (the last demos Sony showed had each cell putting out 50mW) that can then be fed to small electronic items.

The Tomy Ene Bio-Engine is currently in the prototype stage but was shown off a couple weeks ago at the Toy Forum 2010.   A working model of the vehicle was available, which they showed off running on nothing but Coca-Cola (wow, sponsorship opportunities).   Both the speed and driving range of the model car will depend on the composition of the drinks you use to fuel it (but they all have to be sugary).  According to Tomy, commercial grape juice produced the best results in terms of generated power during previous testings.

Even though the car appears functional, Tomy bills it as a concept for now, since the battery itself is not even in production yet (no final word from Sony either).  Should be interesting to watch how this space develops.  Obviously, the ramifications of being able to charge your electronic toy with sugary beverage from the mall sounds exciting, especially when you apply that same principle to handheld electronics.

You can see a video of the Tomy Ene Bio-Engine RC car below.