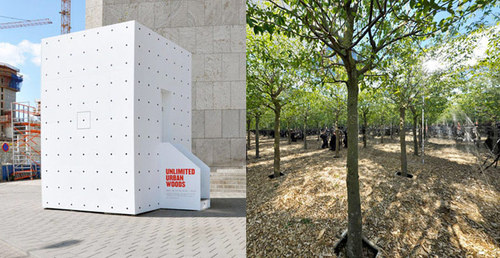 Need to take a break from the rigors of city life?  Go enter the box.  What box?  That box with a veritable forest inside called the Unlimited Urban Woods.

Created by DUS Architects, the “forest in a box” is a temporary exhibit  shown as part of the Liefde in de Stad (Love in the City) festival.  The nondescript box sits right in the middle of the Oosterdokskade in Amsterdam, looking more like an instant photo booth than a veritable forest in the middle of concrete. 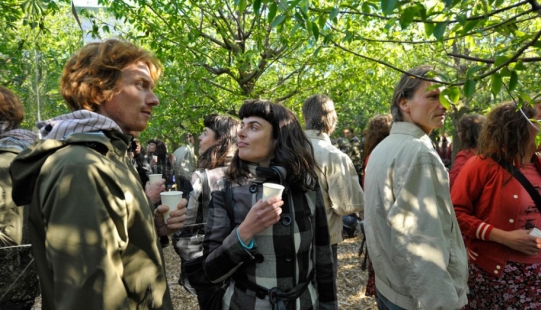 The Unlimited Urban Woods is a 13.1-foot high box with a single tree and a hall of mirrors inside.   Laid out strategically, the mirrors reflect the lone tree back and forth, creating the image of a never-ending forest that stretches as far as the eyes can see.  Since you’re standing in the same pavilion, the array of mirrors will also reflect your image all over the room, so you’ll be looking at trees on the horizon, along with hordes of endless doppelgangers. 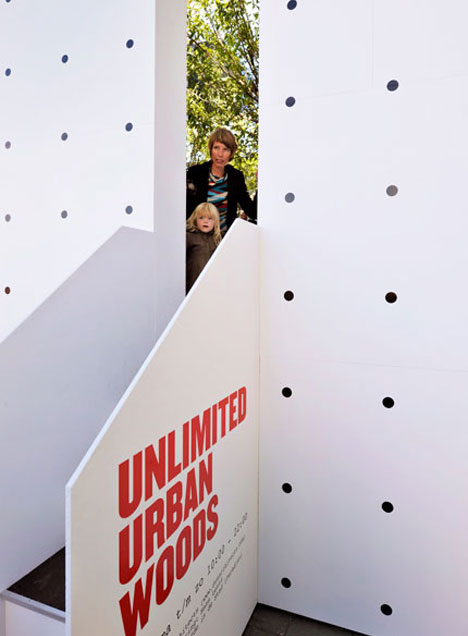 “It’s a space with its own horizon, where you can flee the city in the middle of town,” says Hedwig Heinsman from DUS Architects.  Yes, a seemingly endless forest right smack in the center of the concrete jungle.  Too bad that space is so cramped, camping is just downright impossible.  On the upside, at least, you’ll never have to get lost like the last time you did that whole nature thing.