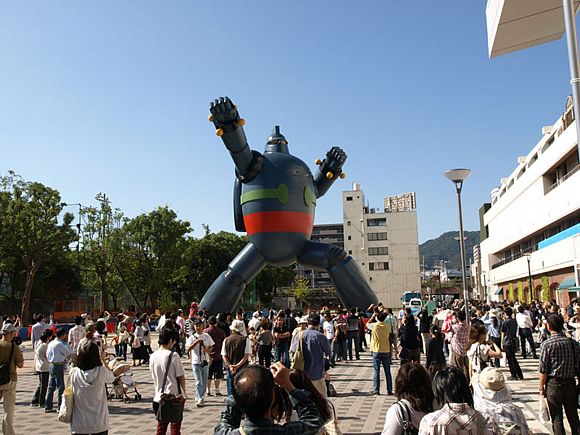 The giant statue of Tetsujin-28 (aka Gigantor) in Kobe, Japan’s Wakamatsu Park finally wrapped up construction and received its official unveiling last Sunday.  Posed like its ready for battle, the monstrous pile of metal stood tall amidst hundreds of spectators.

Originally intended to see the light of day last year, the larger-than-life statue was delayed after multiple problems with funding.  However, the immense attention received by the Gundam robot, which towered over Tokyo, prompted organizers to push for Gigantor to eventually claim his place. 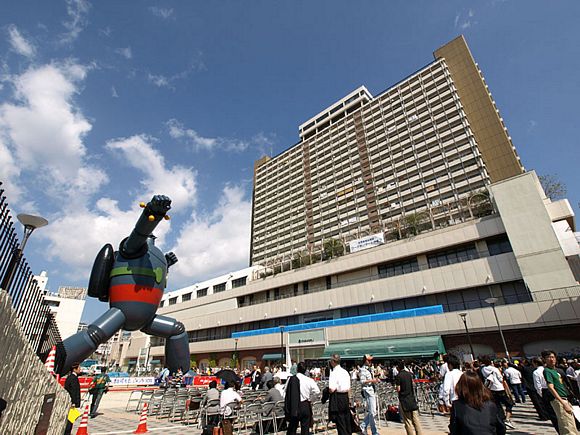 Unlike the corporate-commissioned Gundam statue, which was taken down a few weeks ago, the Tetsujin-28 monument is meant to stay as a tourist attraction for the long haul.  Erected as both a tribute to the robot’s creator (Mitsuteru Yokoyama) and a symbol of the area’s reconstruction, it was funded by efforts from local shop owners, who raised more than ¥135 million ($1.5 million USD) for its construction. 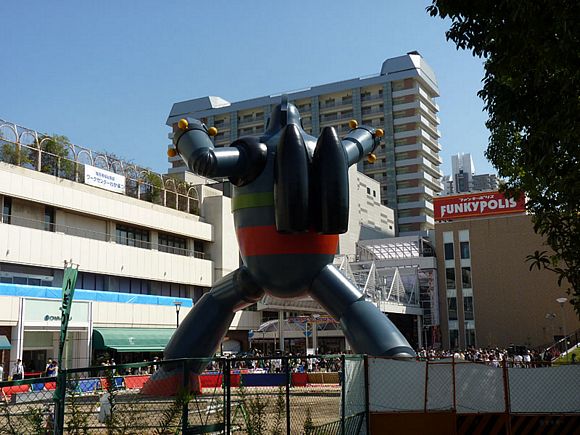 The robot measures 60-feet tall and weighs a heavy 50 tons.  While the joints appear to be articulated, the statue is stationary and should stay in the same position, unless it ends up possessed by evil spirits who use it to wreak havoc in Japanese streets.  Mmm…not likely.

Hit the Impress Robot Watch coverage below to see more pictures from the event or catch the video of the ceremonies.