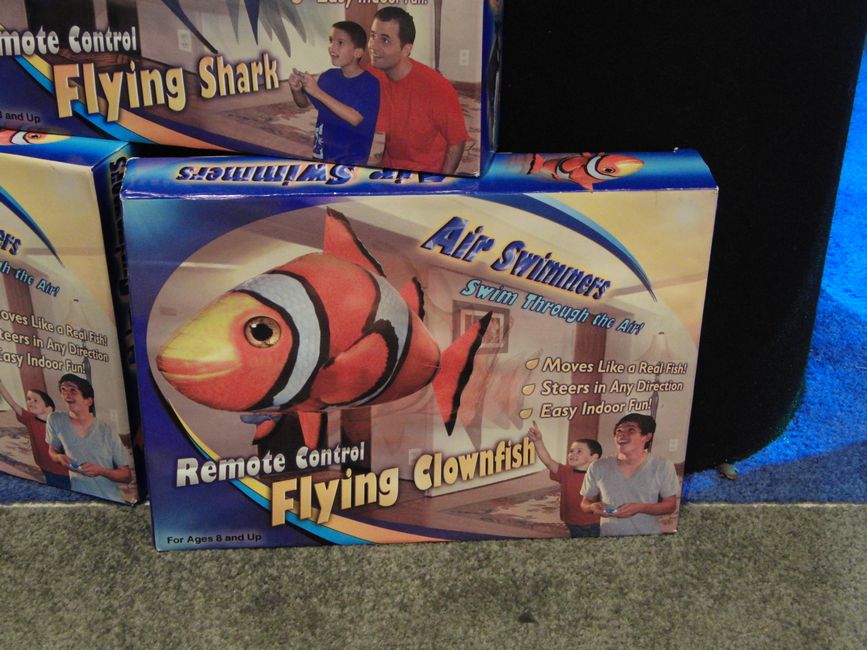 Air Swimmers is definitely one of those simple ideas with a good entertainment value. The helium filled mylar balloons stay in the air on their own and you can control them using remote control. In fact the controller takes 3 AAA batteries and the flying fish only utilizes one. According to the inventor, they can stay afloat for upto 2 weeks on a single refill. Two models that we saw at the Toy Fair were a flying shark and second one was clown fish. 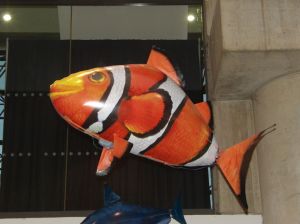 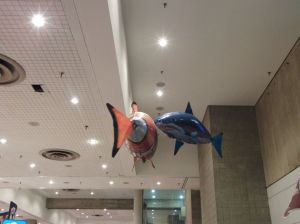 Because Air Swimmers are very light weight, they are only recommended for indoor use. Buy two I can see hours and hours of shark derby. Put a small pin on the nose and see who can bring down the other one first. These should be available July 2011 at a retail of $39.99.

Don’t forget to watch the video demo below of air swimmers in action we shot at the toy fair along with the inventor Blake English. Blake is a Mechanical Engineering student at Stanford and according to him, inspiration for air swimmers came while he was at an aquarium. He felt that those sharks looked like as if they were flying and hence air swimmers were born.

You can buy Air Swimmers using the link below.

Here is another video of air swimmers shark and clownfish in action.