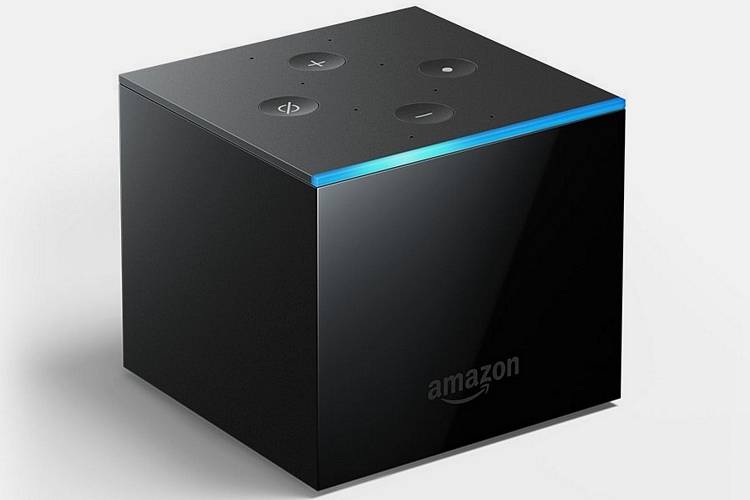 If you’ve bought into the Amazon ecosystem, there’s a good chance your living room has both an Echo and a Fire TV. With the outfit integrating the Echo’s features in a load of products, though, it only made sense to integrate the two erstwhile separate products. The Amazon Fire TV Cube represents that union.

That’s right, Amazon’s new set top box is equipped with the Alexa virtual assistant on board, eliminating the need to have a separate Echo speaker in the living room. You don’t need a remote control to use voice commands like the original Fire TV either, as the darn thing can pick up every sound you make all the way from the living room couch. 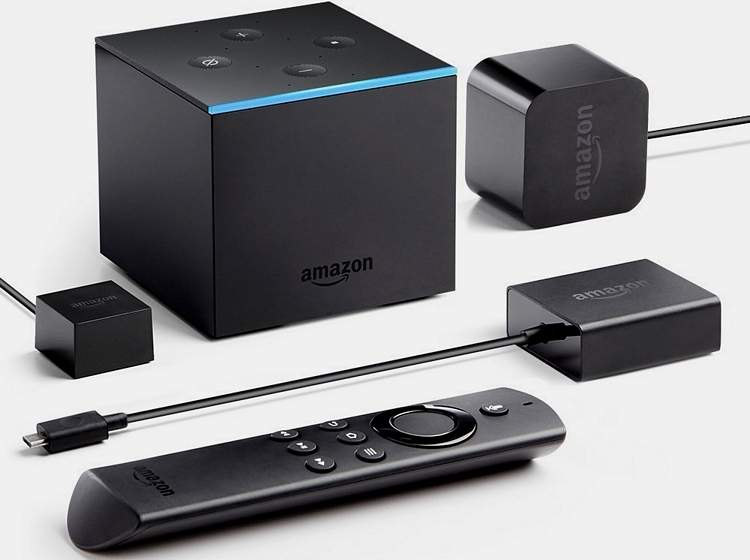 The Amazon Fire TV Cube is a small box that measures 3.4 x 3.4 x 3 inches (width x depth x height), ensuring it an easily find a place even in the most crowded media cabinet. Equipped with a speaker and eight far-field microphones, the device can perform all the tasks of a regular Echo, from playing your music and answering your queries to listening to the news and controlling compatible smart devices. And, yes, it can do that without having to be hooked up to a TV, so it can serve as a total replacement for Amazon’s speaker. According to the outfit, the mic array can pick up commands even while audio is piping out from the TV, so you don’t need to mute the sound or even lower the volume to talk to Alexa.

Once hooked up to your TV via HDMI and to your network via Wi-Fi, the device gives you instant access to the hundreds of channels in its library, including Netflix, Amazon Prime Video, and HBO, among a whole host of others. It supports 4K video up to 60 fps, complete with HDR for even greater realism, as well as Dolby Atmos for better audio clarity. Since the box comes with Alexa, all TV commands, from playing a specific movie and loading a TV show episode to launching an app and adjusting the volume, can be directed at the virtual assistant. As with the Fire TV, they also throw in a voice remote, for those times you want to perform voice commands without making loud noises. 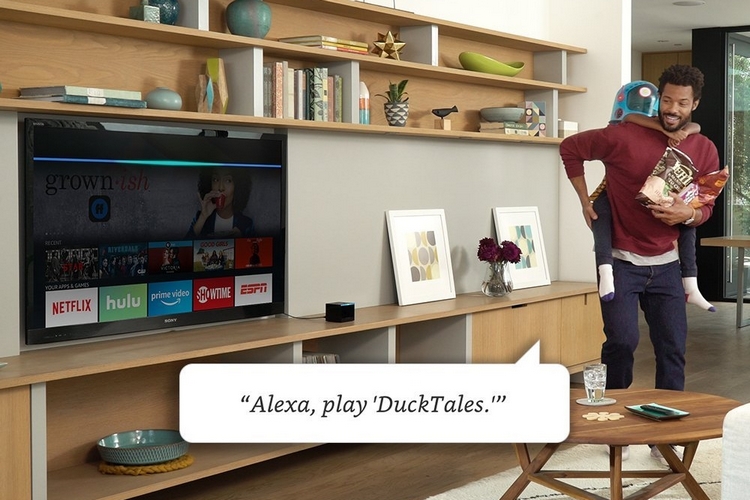 The Amazon Fire TV Cube also comes with IR blasters on all four sides, which it uses to communicate with other electronics in your media setup, such as soundbars, cable boxes, and AV receivers, with future updates promising the ability to control Blu-ray players and other media center staples. As such, it can also serve as a universal remote that can control everything in your media cabinet using the same voice commands that you use to flip through the channels. In case there are devices you want to control that IR blasters can’t reach (maybe they’re in another cabinet or shelf), they also threw in an IR extender that you can run down to the necessary position. 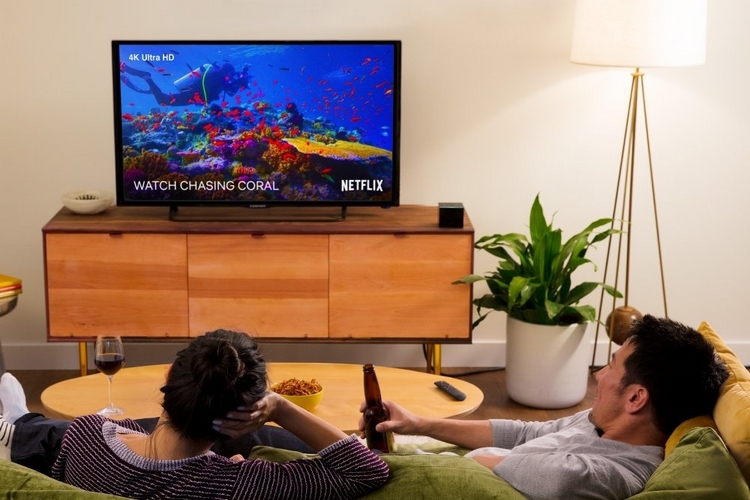 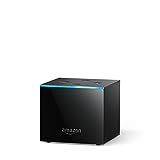