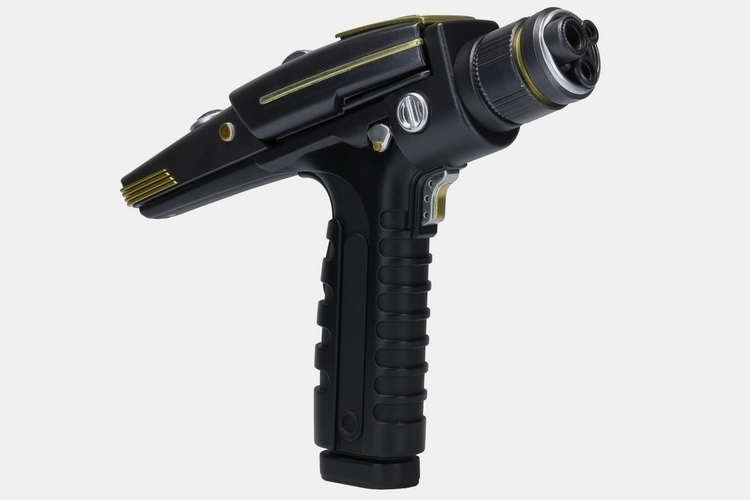 You’re a hardcore Trekkie. So much so that it doesn’t matter what pop culture convention you’re going to, everybody knows you’ll come dressed in full Star Trek livery. And if you’ve been looking for a new weapon to accessorize that costume, maybe this official Star Trek Discovery Starfleet Hand Phaser from Anovos will get the job done.

Modeled after the standard-issue pistol given to Starfleet personnel in the new CBS All-Access show, the replica lets you prance with one of the new weapons in the Star Trek universe. Of course, it will look best when worn with the new Starfleet uniform, although it really doesn’t look all that bad with outfits from any of the installments in the Star Trek franchise. 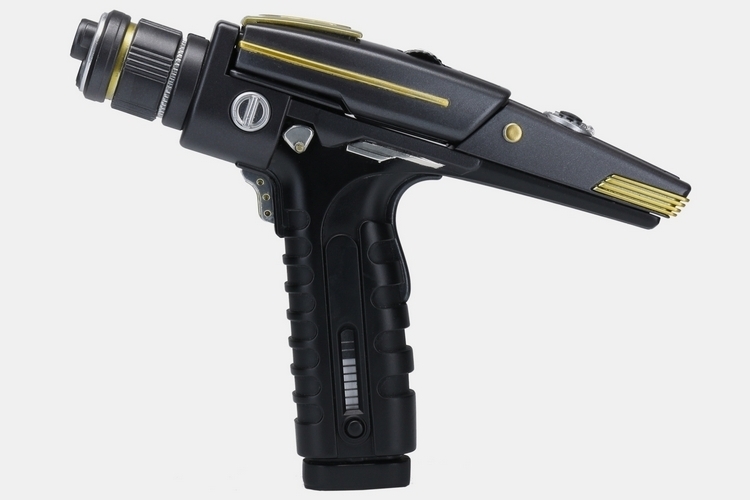 The Anovos Star Trek Discovery Starfleet Hand Phaser seriously looks like a pistol that came out of 1960s-era sci-fi culture, giving it that playful retro feel that most people can appreciate. Modeled after the actual phasers used from the show, the replica recreates the pistol in heavy detail, from the grooves along the grip and the button trigger to the dual ammo settings and the removable element on top. That removable element, by the way, is a cricket phaser that sports a functional spring-loaded pop-up scope on top for pretending to target your enemies with precision.

A light on top indicates one of two ammo settings: blue when the pistol is set to “stun” its target and red when it’s shooting for the “kill.” That light, by the way, is powered using a standard AAA battery, which is housed inside a magnetic clip at the bottom of the gun handle. Nothing happens, by the way, when you press the trigger, so you don’t get any beeping sounds, barrel movements, or shooting lasers. You can, however, rotate the barrel manually for whatever amusement it adds to your day. 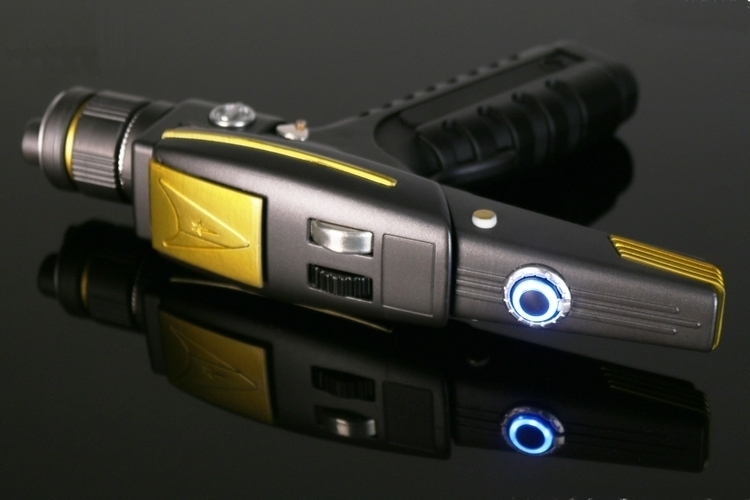 The Anovos Star Trek Discovery Starfleet Hand Phaser comes with a display stand and a certificate of authenticity, so you can prop it up on a shelf next to the rest of your Star Trek collectibles. Sadly, they didn’t throw in a holster, so you’ll have to figure out your own way of carrying it when taking it with you to events and conventions. Luckily, the phaser’s somewhat standard pistol profile means it’s likely to fit on plenty of standard holsters currently in the market. Just find one that goes well with your costume and you’re good to go. 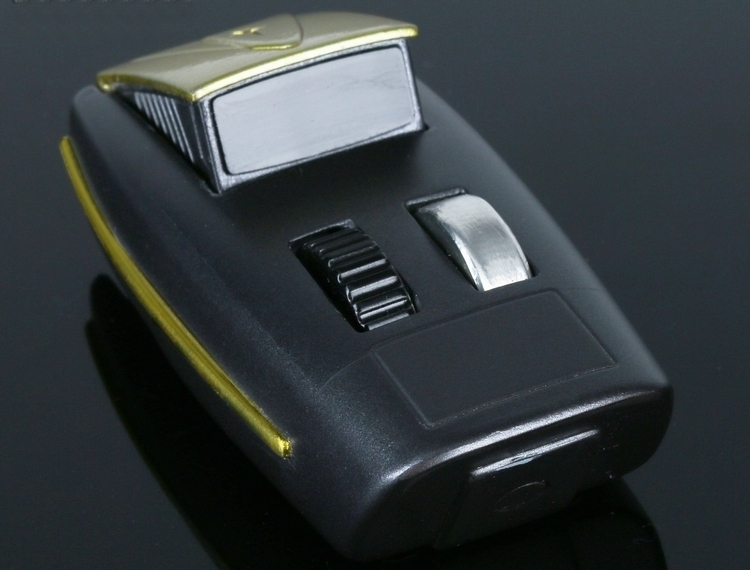 According to Anovos, they wanted to construct the model the same way the props in the movie were created, which is by 3D printing. As such, all plastic parts of each model have been individually 3D printed before being cleaned up, painted, and individually assembled. We know, it’s not the most efficient way to make a toy, but we guess it works  if you want to recreate the exact same process they used for building the props in the show.

Want one? The Anovos Star Trek Discovery Starfleet Hand Phaser is available for pre-order in limited quantities. Price is $500.