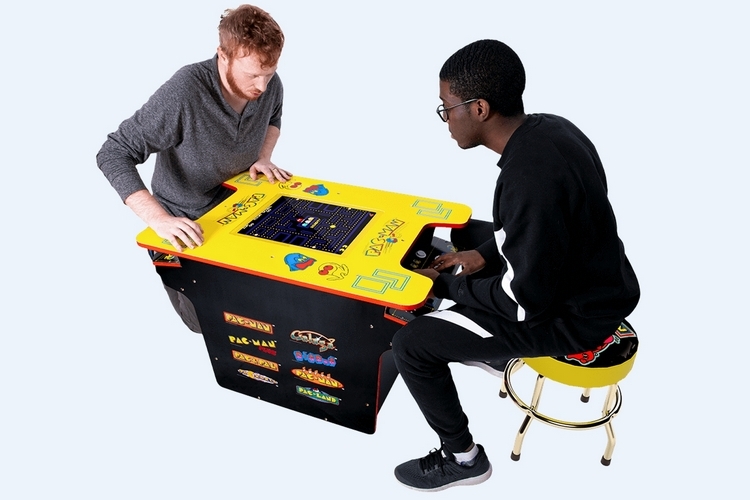 Remember when you were planning on getting a stand-up arcade cabinet and you thought that would complete your rec room setup? Well, it did for a while, until you sat there one evening and felt like something’s missing. Maybe, it needs a new pinball machine, a pool table, or a cocktail game cabinet like the Arcade1Up Head 2 Head Gaming Table.

A cocktail-style gaming table, it lets you duke it out in two-player games with another person sitting right in front of you. That way, you can look at their face while you hurl mockery and insults their way, instead of having to do a sideways glance like you would on a standing arcade cabinet. No more trying to guess what their face looks like while you execute a finishing combo in Street Fighter, just look up and see the horrified expression forming right in front of you. 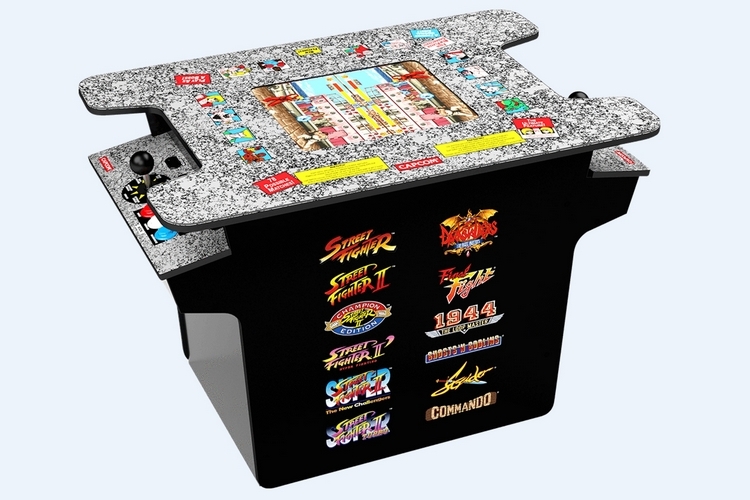 The Arcade1Up Head 2 Head Gaming Table is a smaller version of the cocktail-style gaming tables found in arcades at the turn of the century. Measuring 23.6 x 35.7 x 25.2 inches (depth x width x height), they make an ideal size for finding room somewhere in your house, since those dimensions make them smaller than a whole lot of coffee tables. Heck, you can put this thing between two armchairs and use it like a side table that you can game on when you need to scratch that old arcade itch.

Each table gets a 17-inch full-color LCD in the middle that players on either end should be able to see well, with dual speakers blasting all those bleeping-and-blooping 90s arcade sounds. At each end of the table sit the control decks, which combine a full-size joystick with three action buttons each, allowing you to mash your way to an evening of retro gaming bliss. Each gaming table weighs only 65 pounds, by the way, so these should be easy enough to move around at home – way easier than your usual arcade cabinet 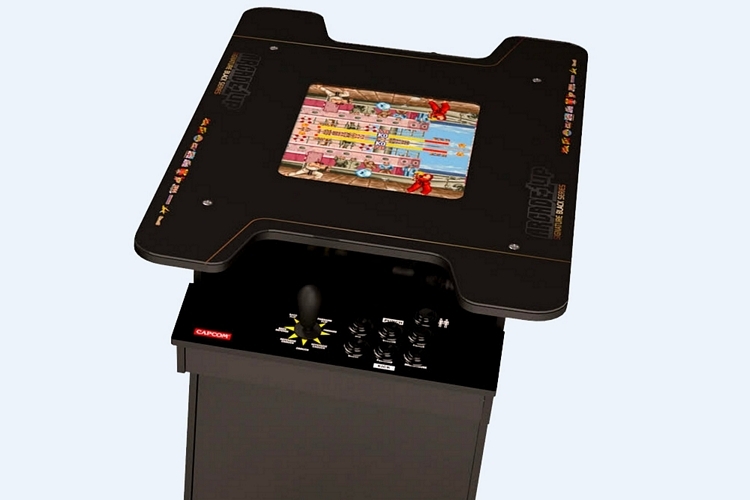 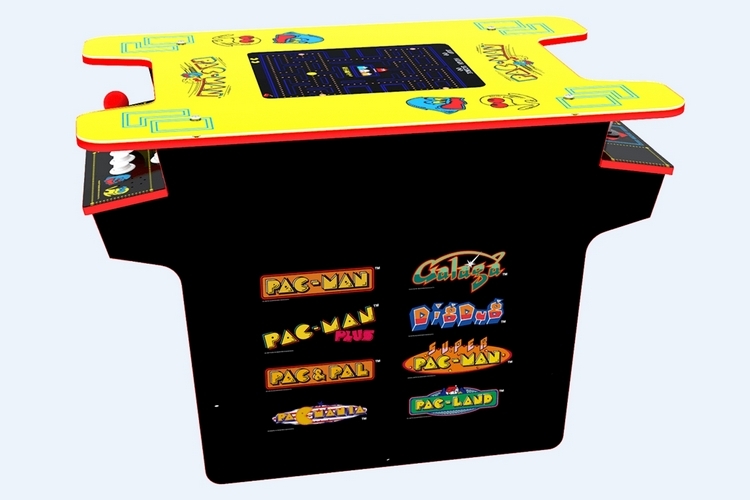 In case you’re wondering how the display works, the screen basically gets divided into two halves, with each half showing a mirrored feed of each other. That way, both players on each end get to see the game properly for two player gameplay. We imagine the entire screen shows a single game, though, for one-player action.