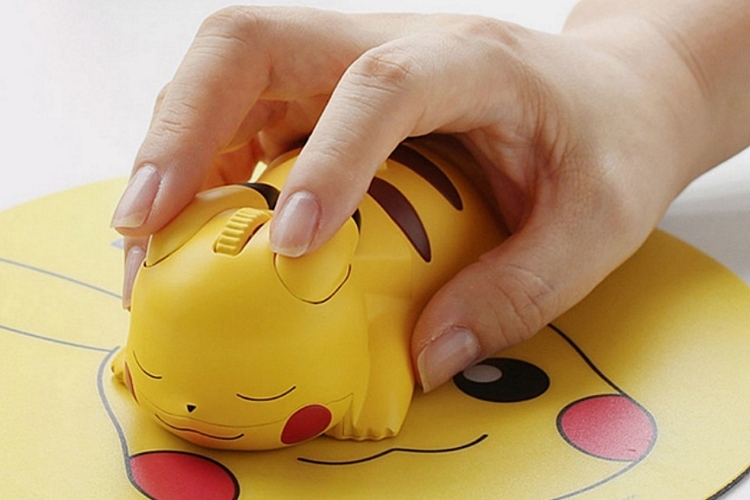 Did you know Pikachu was based on a squirrel? Well, we didn’t, as we always assumed that Pokemon’s franchise mascot was based on either a hamster or a rat, but more the former than the latter, since it’s way too cute to be one of those disease-carrying rodents that live in the city sewers. But, apparently, the original artist, Atsuko Nishida, drew it in the likeness of the tree-dwelling rodent. None of that matters, however, as the short, chubby, and yellow rodent actually becomes a mouse of the computer variety with the Brando Pokemon Pikachu Wireless Mouse.

That’s right, the most popular Pokemon of all time is now a mouse peripheral for your PC, allowing you to move around your desktop, drag-and-drop items, and perform right-and-left clicks while saying pika-pika over and over. Or something. Whether you’re a total geek who spends copious amounts of money on trading cards, a Nintendo loyal who’s played every Pokemon video game, or just someone who enjoys Pikachu’s adorable charm, this thing puts the animated rodent right on your mouse pad. 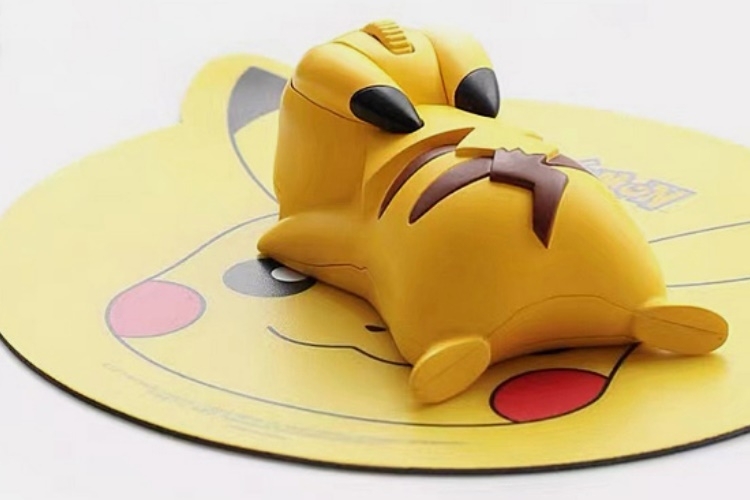 The Brando Pokemon Pikachu Wireless Mouse depicts the yellow Pokemon in a deep state of slumber, lying flat on its stomach with eyes closed and limbs stretched out. You know… so it can look like it’s sleeping soundly while it lies on your mousepad. It has a calm and peaceful look on its face, so we’re guessing it didn’t fall over from exhaustion after a grueling day of training. Or maybe it did. We’ll never know. Either way, it lies completely flat on its stomach, making it easy to move it around on a flat surface like any regular mouse.

To make the mouse function look discreet, Pikachu’s ears were designed to serve as the right and left mouse buttons, so you won’t even notice them until you’re actually clicking your cursor on various items onscreen. Yeah, the buttons are very discreet. What’s less discreet, though, is the scroll wheel in the middle, which makes it look like the rodent-like pocket monster grew a small mohawk while going through a rebellious teenage phase. Or something. 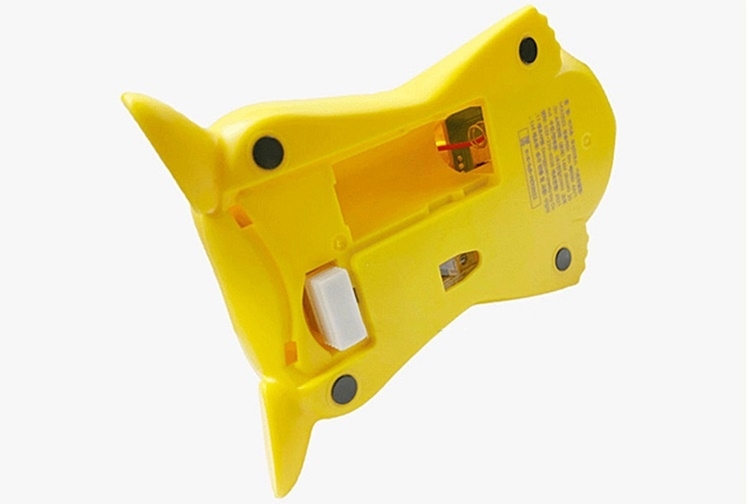 The Brando Pokemon Pikachu Wireless Mouse has a resolution of 800 dpi, although it doesn’t seem to be adjustable, so this is all about standard productivity rather than a gaming peripheral. As with most wireless mouse, it doesn’t use Bluetooth, instead coming with a small dongle receiver stashed underneath that you can plug into an available USB slot for pairing with your computer. According to the outfit, the wireless connection has an operating range of 26 feet. 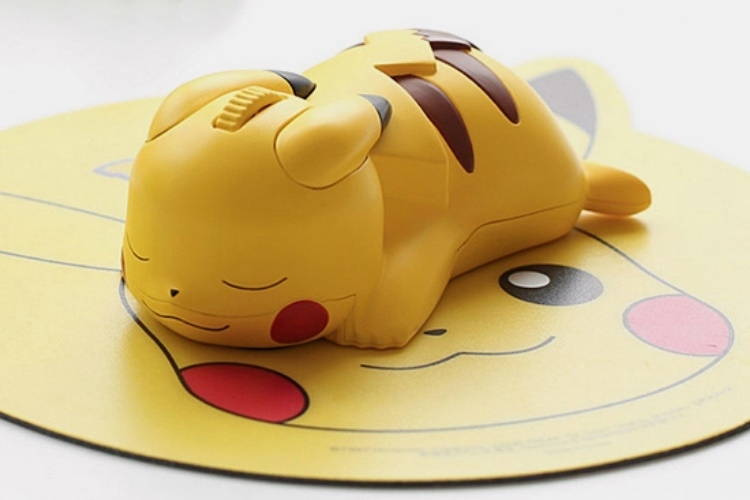 It’s ambidextrous, with even shapes and dimensions on either side, making it equally comfortable for left- and right-handed users alike, all while running on a single AA battery. Dimensions are 4.5 x 2.9 inches, so it’s a bit on the bigger side for a PC mouse, so it’s probably best for those with bigger hands. It runs on Windows, Mac, and Linux.