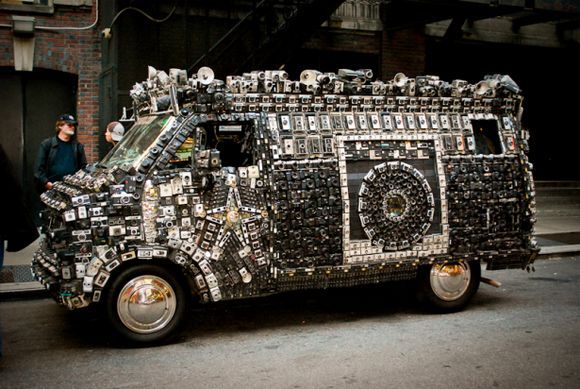 Obsessed with cameras much?  While you can probably deny it, the owner of this vehicle – the Camera Van – can’t.  Literally decked in thousands of cameras, it’s what the Google Street View cars would have looked like if their designers had some panache.  Or were clinically insane.  Either will do.

First created by Harrod Blank back in 1994, the van has made the novelty art/car show rounds for the last fifteen years (and still has a full book of appearances scheduled).  I guess it’s hard to resist the allure of staring at a monstrous vehicle that sports wall-to-wall carpeting with functional cameras, continually snapping photos of people in awe at its veritable insanity. 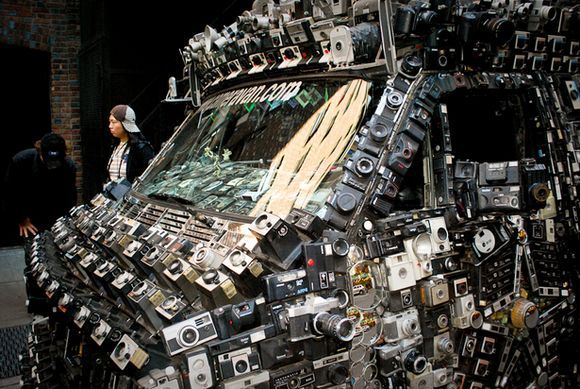 Like all inexplicable works of madness, Harrod claims that the idea for the car came to him in a dream.  In the vision, he covered his car with cameras and took pictures of people who were unaware that the devices worked.  At the end of the dream, he was staring at beautiful photos of people in candid poses and reactions.  It left such an impression that he decided to make it a reality the very next day. 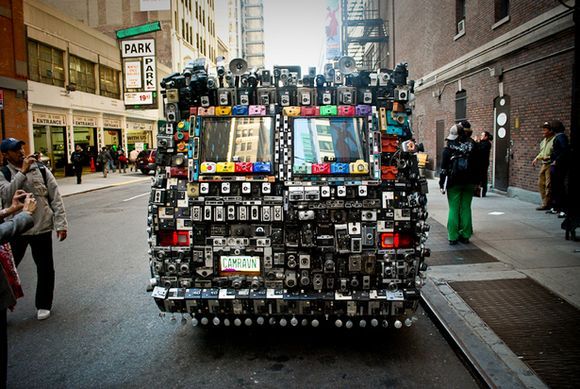 According to the owner, the van sports over 2,700 cameras, which he painstakingly installed onto the car one by one.  Not sure how many are digital (since he began in 1994), but you can imagine the cost of buying film for all of that.  I hope to God he’s gone digital.

The Camera Van has been toured many times around the US and the UK.  It’s also appearing in an upcoming film called Automorphosis, a documentary about people that perform “car art.”  Yep, there’s supposed to be art in there somewhere.