Chrome Mercedes-Benz SLR McLaren: Now, All The Cool Kids Are Getting One 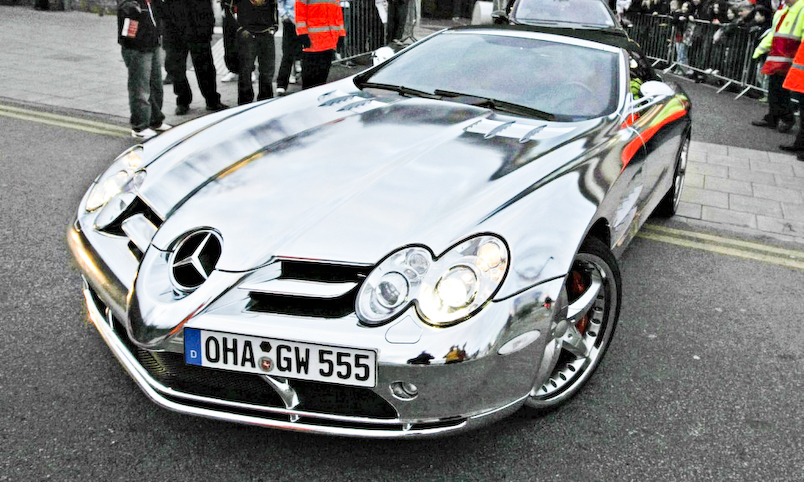 Say you have a Mercedes-Benz SLR McLaren, one of the hottest supercars money can buy, and over half a million dollars just lying around the house.  What do you do with it?  Blackburn Rovers FC striker El Hadji Diouf, legendary defensive midfielder Claude Makelele and Arsenal defender William Gallas all had that exact dilemma and solved the problem by decking their SLRs in all-chrome bodywork.

Garish and over-the-top, will the chrome SLR Roadsters turn out to be the new craze for the attention-seeking rich?  After all, the three footballers aren’t the first to deck their souped-up machines in the same outlandish flavor.  If I recall correctly, the model first found itself bathed in chrome during a car show at a shopping mall held in Dubai.

Almost every surface of the vehicles got decked in the reflective finish, with only the actual grills looking like they’ve been spared the treatment.  Of course, it inevitably begs the question: What kind of chicks can you actually pick up in a chromed-out Mercedes-Benz SLR McLaren that you can’t otherwise get with just a half-million dollar ride?