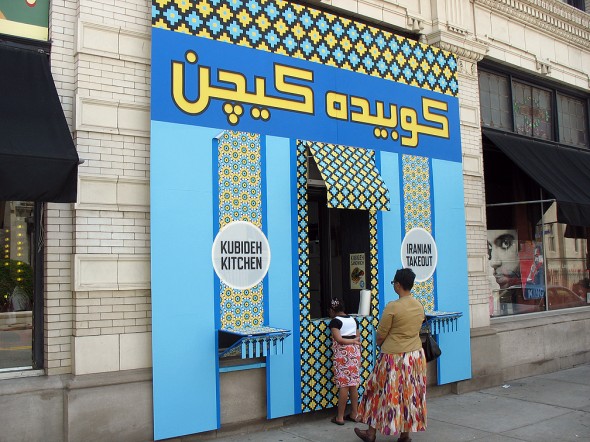 A new hole in the wall restaurant opened last month in the East Liberty neighborhood of Pittsburgh. Called Conflict Kitchen, it’s a takeout eatery that only serves food from countries that the United States is in conflict with.

Created by Jon Rubin, John Peña and Dawn Weleski, all faculty members from the Carnegie Mellon University School of Art, the year-long project looks to raise social awareness regarding international issues. Every four months, the restaurant will change themes to highlight a different country that’s having trouble with the US. 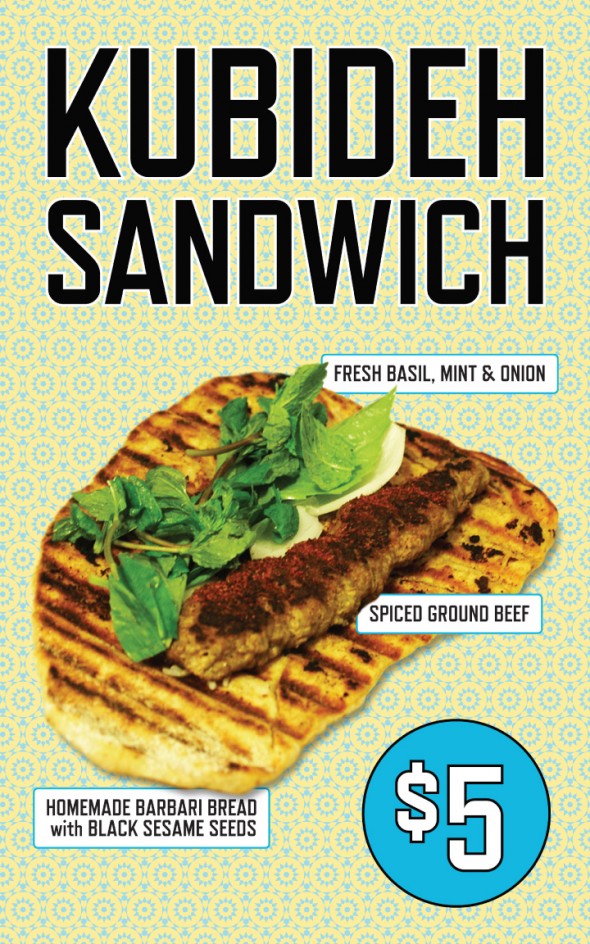 The first iteration of Conflict Kitchen kicked off about four weeks ago. Called “Kubideh Kitchen,” it’s an Iranian takeout store selling only one fare: kubideh, a handsome sandwich made with spiced ground beef, onion, mint and basil, all wrapped in a freshly-baked barbari bread. To drive the point home, the entire storefront has been designed with an Iranian theme, courtesy of architect Pablo Garcia, and the sandwich is packaged in a custom wrapper that’s been printed with interviews of numerous Iranian nationals on subjects ranging from food to fashion to the current issues facing the two nations in conflict. 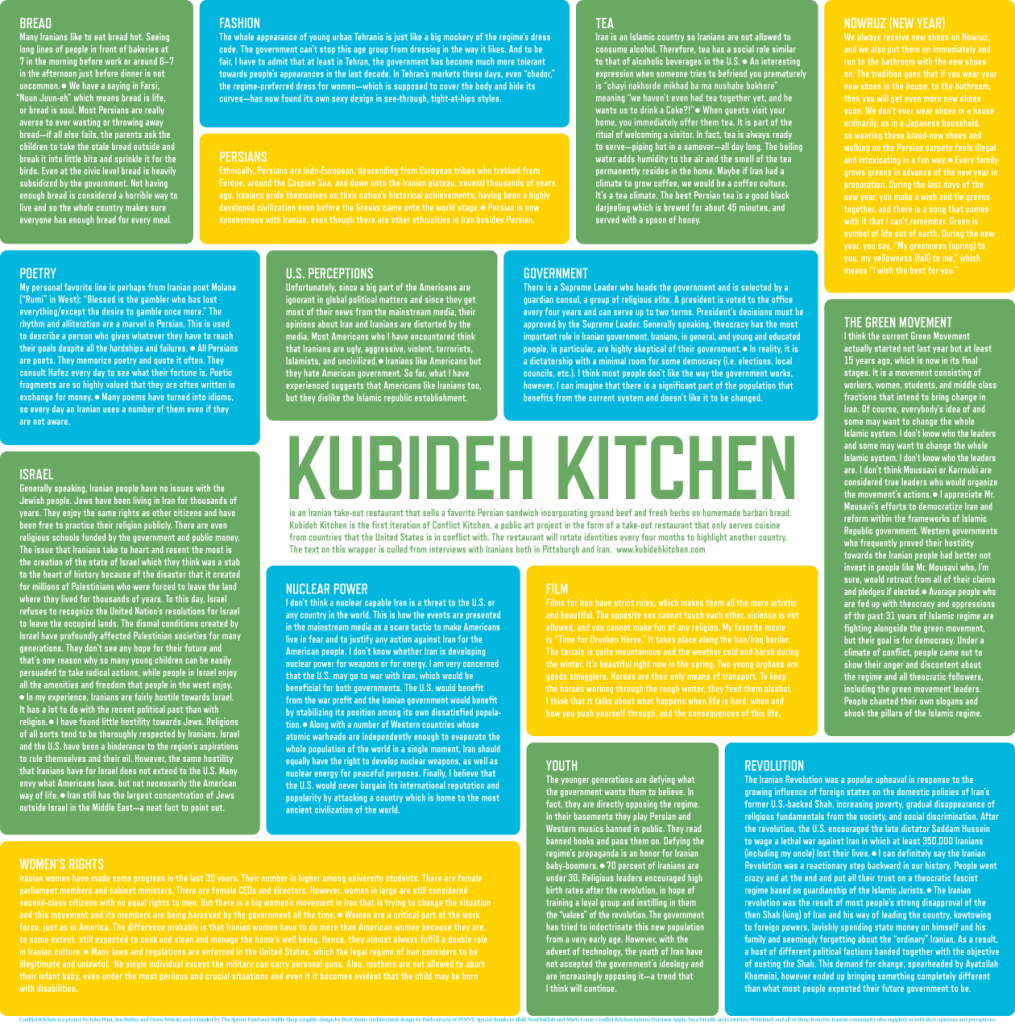 According to the official site, the recipe was developed with the help of the local Iranian community, so expect authentic taste at the least. Aside from the restaurant, the Conflict Kitchen project will include events, performances and public discussions with the current country on the spotlight as the main theme. The first event, which tackles the US-Iran conflict, will be held on June 5th at The Waffle Shop next door. It is open to the public.